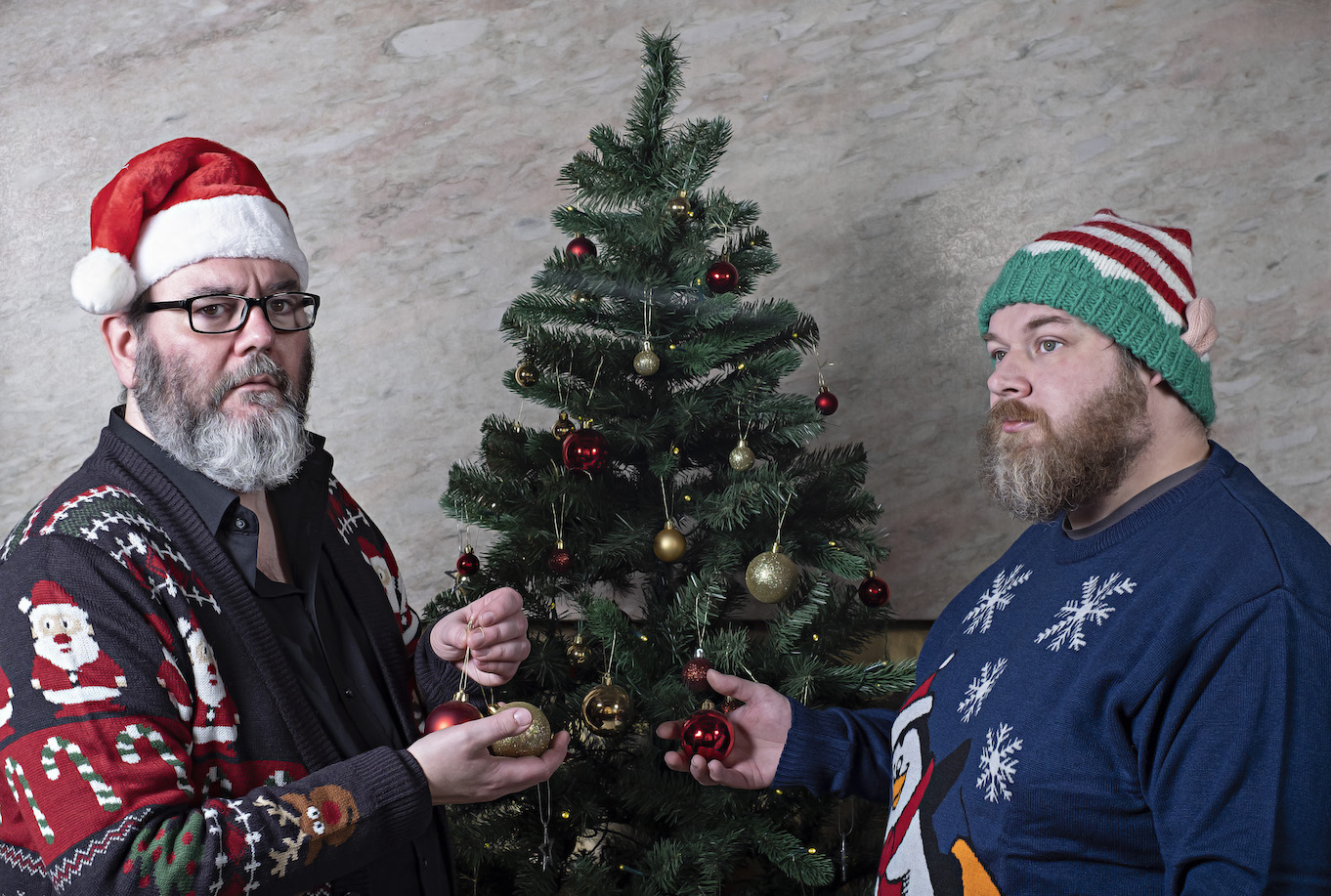 Following on from the success of ‘Here Lies The Body’, Aidan Moffat and RM Hubbert are back in time for some festive cheer with ‘Ghost Stories For Christmas’. We caught up with Aidan in advance of its release.

We usually associate Christmas with a bearded man but this year we get two, so surely that’s value for money?

You know what, we got the promo pictures done for the Christmas album and we tried to recreate the images for the first album and the colour of my beard between the albums has completely changed.  It was initially black with white bits but now it’s grey with white bits. I think it’s a message and I’m destined for a Santa role.

How did the recording for the Christmas album go?

We planned to do a one-off Christmas song and then we had more time, so we did a couple of B-sides and it was good fun. We started in the first week of August and it was a gloriously sunny day. Every day in the studio, I’m in shorts and a t-shirt but of course, this is when all Christmas records are made.

When Slade recorded theirs, it was in New York during a heatwave and you had these four mad English guys doing handclaps in the corridor!

It’s great to think that even for a moment I experienced the same sort of thing as Slade did! I do love Slade.

Is the album your chance to share your thoughts on Christmas?

People have been having feasts in winter and December long before Christianity came along. In fact, Christians chose the date of Christ’s birth to coincide with the festivities that were already happening. There’s a big long story to the season that goes beyond that and I think there’s something deep within us that we need to celebrate at that time of year.

Are you a Christmas or New Year man?

When I was younger, I was more of a New Year person but as I get older, I enjoy Christmas more. Hogmanay is a young person’s game and the last Hogmanay I enjoyed was at a family house and we had a couple of drinks and watched TV. 10 to 15 years ago, I’d have been clubbing but I prefer a quieter one now. 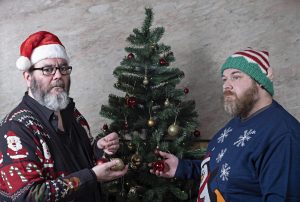 Does the process of writing Christmas songs differ from standard songs?

It reminded me of when I was writing songs for the film Where You’re Meant To Be. There was source material and a focus before you even started. It’s not necessarily the most cheerful Christmas record you will ever hear but I can assure you it was great fun to write and make.

There are two covers on the album, what was the thinking behind choosing these two songs?

The Yazoo one, Only You, we’ve been doing live and I’m very fond of the Yazoo version, although I’m not so fond of the Flying Pickets version, which got to number one at Christmas. The song is based on the Yazoo version, but we tried to add a wee Flying Pickets bit to it. I went through a list of Christmas number ones and you’d be surprised at the amount of shite that was Christmas number one. We were going to do East 17’s Stay Another Day and then it dawned on me, Mud with Lonely This Christmas and it sounded absolutely perfect and it fitted with the themes of virtually every other song on the record.

Any surprises for the festive live shows?

I’m not sure, we’ve not rehearsed yet. We’ll be playing most of the new album and we’ll have a new line-up from November as Siobhan Wilson is moving on to do her solo work. You’ve been announced for Celtic Connections next year. I’m very much looking forward to it. People come from all over for this festival and they’ve put us on in a brilliant slot. I think we’re the closing night at the Fruitmarket. It has the biggest festival audience in Britain, every business in Glasgow looks forward to January for Celtic Connections.

Do you have any other plans for next year yet?

To be honest, the Christmas record was a bit of a surprise. I think we’re going to do a live record for Record Store Day. We might do another single, but I think we’ll do gigs in Europe and festivals but beyond that, I don’t really have many plans.

Wireless Festival issued a warning to bands about swearing, saying they’ll ban acts that swear. Do you have any thoughts on that?

Aye, they can fuck off!

Festivals seem to be taking over the live music scene these days, any thoughts on that?

We did 17 festivals last year and that’s ridiculous. We thought we could go away, do festivals at the weekend and come back home during the week but that made it worse. We got home, totally burst all midweek and then away again. There’s a lot of good stuff out there, there’s never been so much great music. I love Bandcamp but live, it’s becoming harder for bands at the level of Hubby and me to get gigs in Europe and America because it is so expensive. I can’t complain, I did all those festivals last year, so, you just have to go with it and be prepared for failure in music.

To finish up, do you have a Christmas message to share?

Prepare for disappointment. No, I’m just happy and thankful I can still do what I love and get by.

Aidan Moffat and RM Hubbert release ‘Ghost Stories For Christmas’ on 7th Dec and they play the Old Fruitmarket on 3rd February 2019 as part of the Celtic Connections festival. 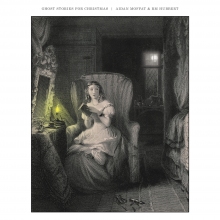