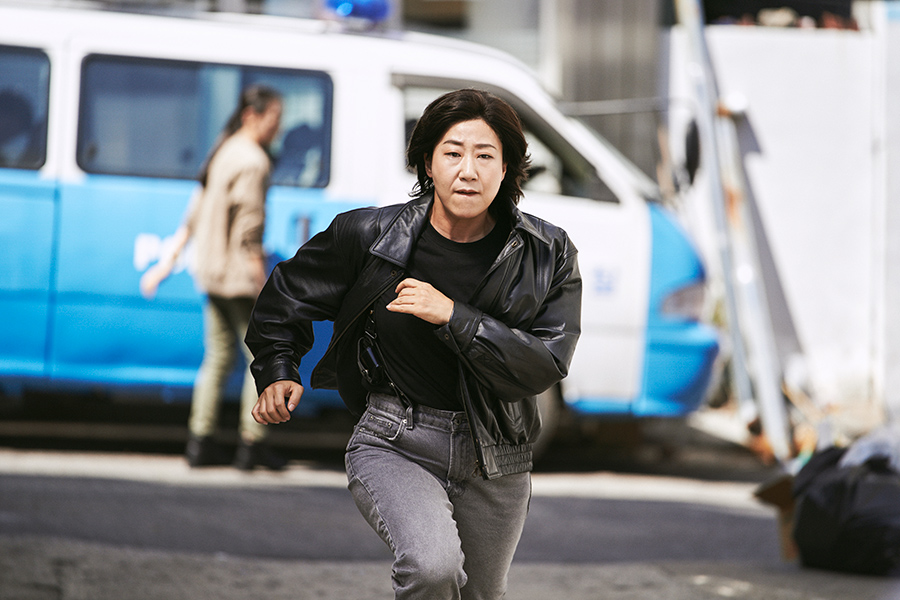 One of the most purely fun films of the festival came in the form of this lively, whip-sharp South Korean buddy cop comedy.

After she is relegated to a boring desk job, once-revered cop Mi-young finds her newfound laid-back life changed drastically after her enthusiastic sister-in-law Ji-hye is assigned to her team. They find that they have to put their differences aside and work together to take down an underground criminal gang responsible for spy cam porn-related suicides. It’s a film with boat loads of personality, a well-blended mix of pin-sharp dialogue, thrilling action and a punch-the-air celebration of female heroism in a male-dominated world. Mi-ran Ra and Song-Kyoung Lee are a lot of fun in the classic roles of the buddy cops who don’t quite see eye-to-eye but get shit done in spite, or perhaps because, of that. While familiar elements so often hinder films of this ilk, director Jung Da-Won uses the tropes of the genre as a self-aware advantage. An energetic blast of a film from beginning to end.