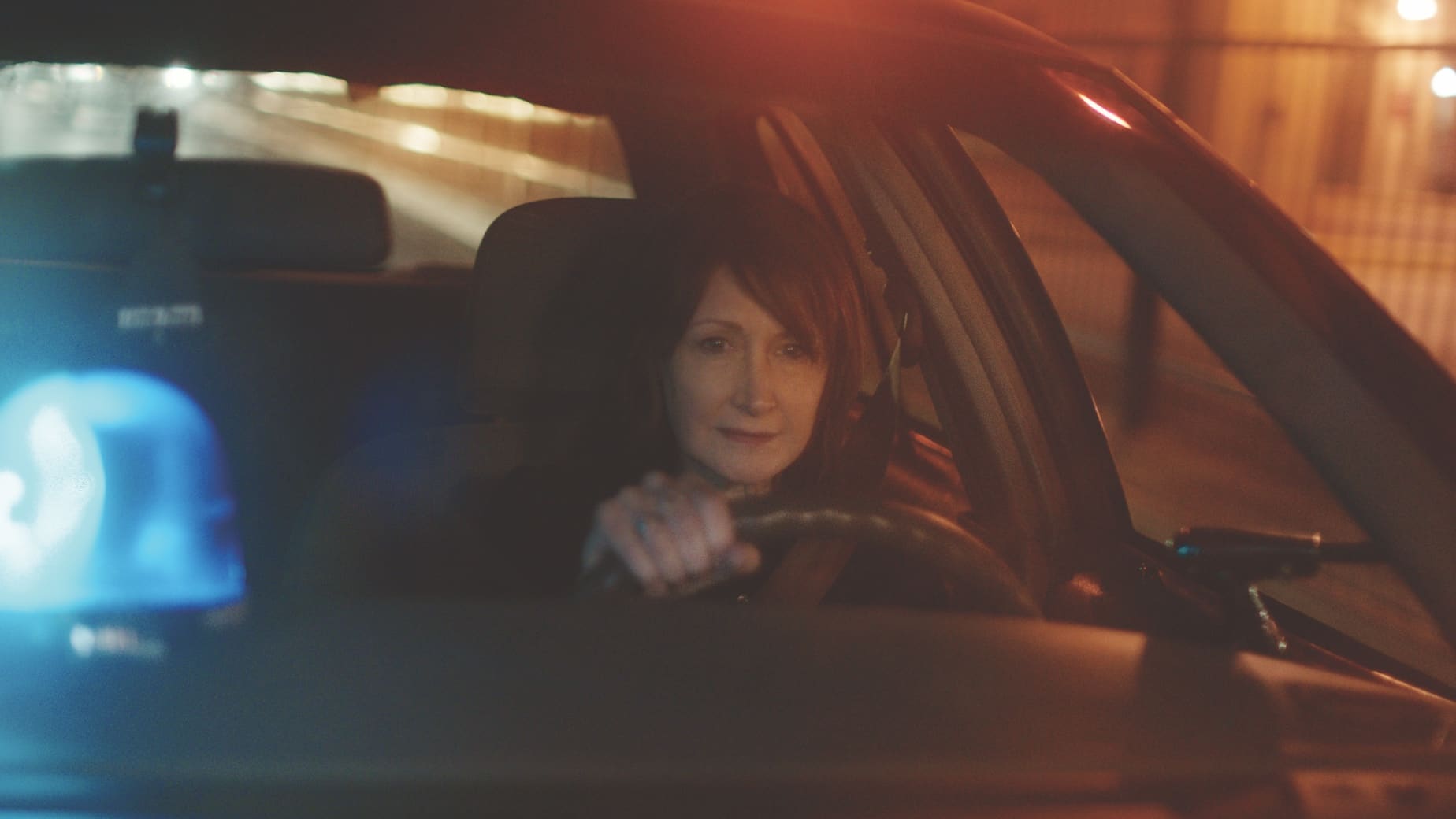 Director Carol Morley has long been making a name for herself in the film world, from her first feature length documentary, the zeitgeist capturing The Alcohol Years where an unseen Morley interviews (mostly) men about the time when they knew her in 80’s Manchester (this is a great place to start if you wish to understand Carol and her work), to her 2011 study of modern loneliness, Dreams Of A Life, about a woman who died in her flat but was not discovered until three years after the fact. In 2015 she was awarded the Wellcome Trust Screenwriting Fellowship by the BFI and Film4, giving her access to the most advanced scientific and humanities research available in the world. These points have informed her new film Out Of Blue, an elliptical and powerful neo-noir concerning a murder case and its investigator Mike Hoolihan played by the ever great Patricia Clarkson. At the 2019 Glasgow Film Festival with Out of Blue, we caught up with Morley to discuss her work.

How did you get started in film?

I left school at 16 and went to study A levels in film and photography. I started to explore film and what it could do. Because It was film then, using super 8, cutting it up yourself, editing it.

How was the transition to features?

I started to make documentaries, for me it was all about telling a story. As I carried on I wanted to work on different things on a larger scale because it’s exciting and challenging. I love cinema.  It is comparable to writing novels and short stories. It’s like, you can have loads of ideas in short stories that are really exciting but when you write a novel you can really expand on those ideas.

You adapted the book Night Train by Martin Amis for Out of Blue, how was that process?

I didn’t know what it would be like, I had never adapted anything before. I’d heard some stories about how difficult it was, but I actually found it quite freeing. I read the book, decided I wanted to do it, read it again and let it percolate. Then I began to own the characters. I added characters such as Ian Strammi (played by Toby Jones), which is an anagram of Martin Amis! There was one point when I read Martin Amis great memoir Experience, he mentioned Night Train and the protagonist Mike, and I thought ‘How does he know Mike?’ I’d forgotten he’d written it! I think my version is very different from the book but honours the themes of the book.

The cast you assembled for this film is extraordinary. Can you talk about casting, especially Patricia Clarkson and James Caan?

I wrote Ian Strammi for Toby Jones, I had to ‘ave him! With American casting it was more difficult because people can go do a series for 7 years and so on. With Patricia, I really love her from stuff like The Station Agent and High Art. We sent her the script, and within a week she said yes, so I went to meet her. She really became Mike and she really holds the film, you can’t take your eyes off her. We sent James Caan the screenplay and went to the Beverly Hills Hotel, which is his haunt, to meet him. I got him to try avocado on toast which he thought was the most bizarre thing ever! He told brilliant anecdotes about working on movies, about Marlon Brando. He was very challenging, exciting to work with. I didn’t feel intimidated by him. I loved working with him, he’s a real character.

Aesthetically were there any specific influences you had?

Obviously a lot of the noir and neo-noir stuff. I was very influenced by Chinatown because it’s from the protagonist Jake Gittes point of view, he’s always there. I love Douglas Sirk’s work. Hitchcock.   I really loved Brian De Palma’s Sisters. He plays around with the nature of an investigation. Also Donnie Darko because of the parallel universes idea and the fact you can read that film in so many different ways.

I came across this archive of Audrey Amiss, when she died in 2013 her son and daughter found sketches and diaries she had kept. She studied fine art in the 50’s, and had what she described as her original breakdown.  She became a paranoid schizophrenic and spent her whole life in psychiatric wards. It’s going to challenge the nature of a biopic and tell her story without demonising her illness. 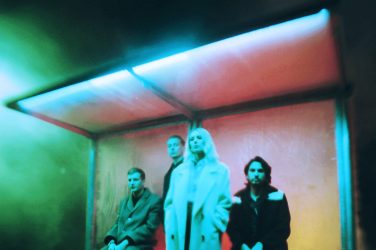 Some bands have an instantly definable sound, a consistency to their music that leaves ...