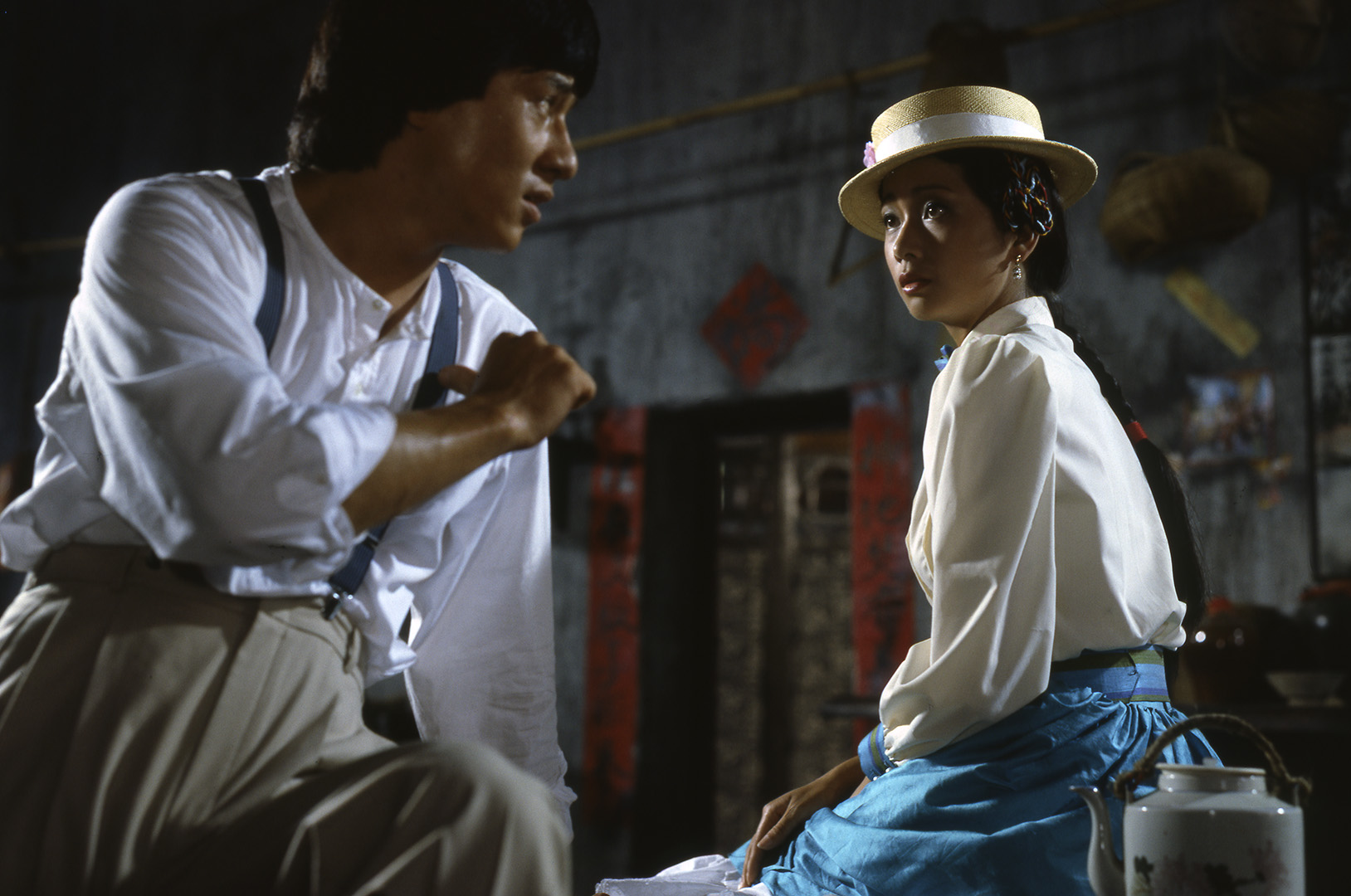 You see, Benjamin? A guy can change anything. His face, his home, his family, his girlfriend, his religion, his God. But there’s one thing he can’t change, Benjamin. He can’t change…his passion.

When I was a child I had a babysitter, although no relation, my Auntie Liz. I remember being in her house and relishing any opportunity to go into her son David’s room. His room was cool; he had an old betamax player with a few films and a life size cut out of Steven Segal (acquired from a video store, I believe). I distinctly remember the two betamax tapes I was drawn to, No Retreat No Surrender and Gymkata. Both films are of questionable quality, at best, but they provided a window into what would become my Chan passion. No Retreat No Surrender, a Rocky knock off involving a reincarnated Bruce Lee (this is not made up), and Gymkata, a film about a gymnastic pro put into a battle royale scenario where he has to use his gymnastics to outrun and evade the local army (again, this is not made up). Both had lengthy, glorious trailers, all of which were more exciting than the actual films. It was here I had my first taste of Jackie Chan in the form of a trailer for Project A part 2. This was a revelation to me. When picked up by my Mum at the end of the day I recall trying to summarise what I had seen and not being able to, likely driving my beloved mother to distraction, and ultimately repeating the process at dinner with my Dad.

So, with this new found obsession, I found myself at the local video rental (AZAD in Monifieth) trying to rent a ‘suitable’ kung fu movie. This wasn’t easy: I was an impressionable child and my dad would never allow me anything above my age range. Back then there were 4 certificates; U, PG, 15 and 18. I was allowed what was legal and nothing else. As a 5 year old this put me into a challenging position. I remember being unsuccessful a few times, and being scolded for running into the ‘adult’ section of the shop; the two rows of kung fu films were housed directly below the soft core porn shelves above. I could only ever find 15 or 18 kung fu films until one day I found my masterpiece. In amongst all the oversized rental boxes, tucked away, stood a standard sized video box holding Project A. When looking at the bright yellow ‘PG” certificate I knew I was in luck. My Dad, an avid film fan, didn’t have knowledge of Chan, or kung fu cinema, at that time. Despite scepticism, he dutifully allowed me Project A. 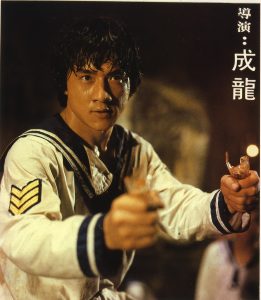 Project A is a masterpiece! More than that, it is MY masterpiece. It is the one film I always go back to and it still gives me that awe inspiring feeling of watching something perfect. It is the ultimate example of physical cinema projecting action sequences that have only ever been rivalled by Chan himself. Project A solidified Chan’s growing reputation for performing death defying stunts too. The action, the comedy and the sheer physical prowess of the film’s cast have justifiably benchmarked Project A as a definitive example of action cinema. It is MY definitive example of cinema, period. 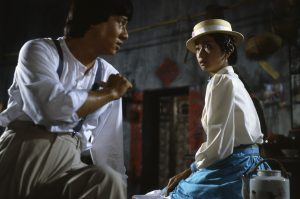 As a child my hero was my Dad, he still is, and naturally his acceptance was key. I had watched silent cinema as a child with him, Buster Keaton and Harold Lloyd were regulars. The day I brought Project A home, so sure of the quality on screen, I forced my Dad to sit and watch the film with me. A particular set piece resulted in roaring laughter and gasps of awe. The stunt sequence where Chan falls from a clock tower is a direct nod to Harold Lloyd’s seminal Safety Last and this was something that resonated, a real moment between father and son (it’s important to note that as much as I love Safety Last, Lloyd was safe, with a platform just out of camera view below him. Chan was not. Any thought of safety nets or platforms dissolves  in the single take of him falling to the ground). 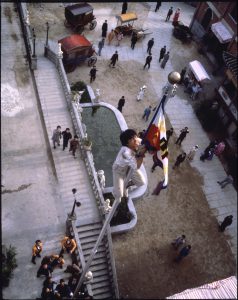 My Chan obsession only grew from there. My Dad allowed me the ‘15’ Chan films, and my visits to AZAD became the highlight of my week. The employee behind the counter ultimately gave me the store’s copies of Project A, Wheels on Meals and Miracles (all Chan masterpieces) when the videos were recalled. I still have them. I have moved several times and these pieces of my childhood are still with me. I have advocated for Chan all my life, friendly spars with Religious Studies teachers had me creating a religion, Chanology. My argument being I can SHOW you a miracle: I can rewind it, pause it, enhance it and prove it. I stand by it. 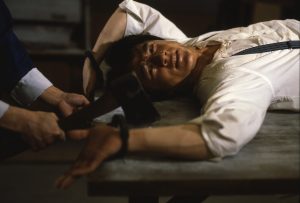 My passion has been there for me through the hardest of times, too. My mother was diagnosed with cancer when I was 23, succumbing to the disease a very short 16 months later. That period of my life is largely unknown, to me anyway, as I guess I developed my coping mechanism of not talking about it. Grief is a horror, something no one can prepare for, despite how you try, and the world’s continuous spinning becomes ever more apparent while you are left, standing still. Truth be told, I know I have lost time, around 10 years being patchy and unknown. That being said, I remember the day my Mum left. I remember saying goodbye, I remember going to my flat, and I remember watching Project A. It did its job, it took me back, away from the pain, to a time when life was perfect.

The Blu Ray release of Project A has the original English dubbing track from the films UK release and it takes me back, back to the living room, surrounded by my family watching my masterpiece. In writing this article, putting pen to paper about the film I so love, I realise it is so much more. It encapsulates what film can be, a time machine to a safer and better place. I’ve said more about my Mum, and my grief, in this article than I have to anyone in the last 10 years. Project A is on, I am in, and I think I am ready to talk about it now.

NB Project A part 1+2 were released on Blu Ray by Eureka films in November, if you are new to Jackie Chan it’s the best place to start.

Enterprising Scotland – What will you start?