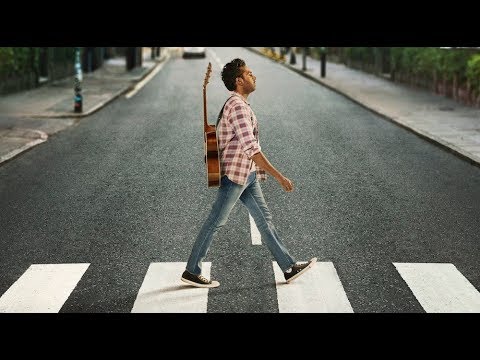 Now in its 73rd year, the Edinburgh International Film Festival is the longest continuously running film festival in the world (nae luck Cannes and Venice). Always at the forefront of innovation and prestige, this year the festival boasts an awesome line-up of films and guests. New offerings by such luminaries as director Danny Boyle and actor Richard Dreyfuss (both attending) sit well alongside classics such as the special screenings of Blue Velvet and Apocalypse Now: The Final Cut. From the eye-opening Black Box shorts to the Best of British, each strand is programmed with dedication to the utmost care and attention.

The world perspectives strand holds many gems this year.  Korean action comedy Extreme Job is one of my favourite films of the past year; relentlessly entertaining it’s liable to gobsmack even the most jaded of viewers. It’s also guaranteed to make every viewer with a fried chicken predilection salivate constantly and immediately seek out a chicken joint. A bunch of cops are going after a gang and handily discover a Korean fried chicken restaurant going out of business across the street from the gang’s lair. They soon realise they will have to keep the restaurant in business to maintain their cover. Lo and behold the place becomes a phenomenon due to an accidental glaze they use on the chicken. The question remains, should they quit the force and become millionaires, or solve the case?

Jim Jarmusch, director of such marvels as the masterful Dead Man; a revisionist arthouse western that’s unlike any film I’ve ever seen. The Dead Don’t Die, showing in the American Dreams strand, promises to be full of his trademark dry wit. Taking its cue from early zombie movies like George Romero’s Night of the Living Dead, a small American town is overtaken by the undead.  With a cast that includes our very own Tilda Swinton – plus Bill Murray, Adam Driver and Steve Buscemi – this promises to be a film worth watching for the on screen talent alone.  Knowing Jarmusch, things will take more than a little turn into off-the-wall surrealism, setting it apart from your usual zombie comedy.

The western is a genre I love, and to see a potential new twist on it always gets my interest.  The Wind sounds just the ticket; a mix of psychological horror to accompany the Old West vibe. Lizzie (Caitlin Gerard) is a lonely woman living in a desolate cabin, sometime in the late 19th century. As she starts to lose a grip on reality, the film-making reflects, creating a claustrophobic slow burn narrative. It’s, unusually for the genre, argely female centred with Gerard playing the lead, director Emma Tammi taking directorial reins and writer Teresa Sutherland.  It’s pretty certain this will be a Western experience like no other. Showing in the Night Moves strand.

From Trainspotting to Slumdog Millionaire, Danny Boyle is a director who always incites excitement and anticipation. You can catch Boyle in-person at the Festival, promoting his new flick, Yesterday; a tale of a struggling musician who wakes one day, after a global blackout, to find a world wherein the Beatles never existed.   He quickly becomes a star by presenting their songs as his own – sounds precarious.

Showing in the Spanish cult cinema strand, Accion Mutante is a movie I really should have seen.  I love my OTT violent cult cinema. Made in 1993 and set in 2012, the mutants have been forced underground and take their revenge on the high classes with acts of terrorism. Full of gore, action and laughs, while maintaining a subversive, surreal streak.  This is one for the late-night crowd.

Richard Dreyfuss’ fantastic, human and playful performance in the all-time classic Jaws is still one of my favourites. It’s a bit of a coup for the Festival that he will attend for his new ‘widower who dreams of going to space’ movie Astronaut. When he enters a competition to do just that, it looks like his dream just may become reality. The film is the directorial debut of Shelagh Mcleod, famous for roles in Holby City and Peak Practice.  She’s been building a decent reputation with her shorts Run and David Rose. With Dreyfuss starring it’s sure to be more than diverting, especially with such an interesting premise.

With such a length and breadth of exciting content – stretching from arthouse to cult to populist and back again – EIFF (as always) needs to be marked on any self-respecting film fans calendar. Keep an eye on the news for the headline “man transforms into a puddle while shaking Richard Dreyfuss’ hand” – that’ll be me.