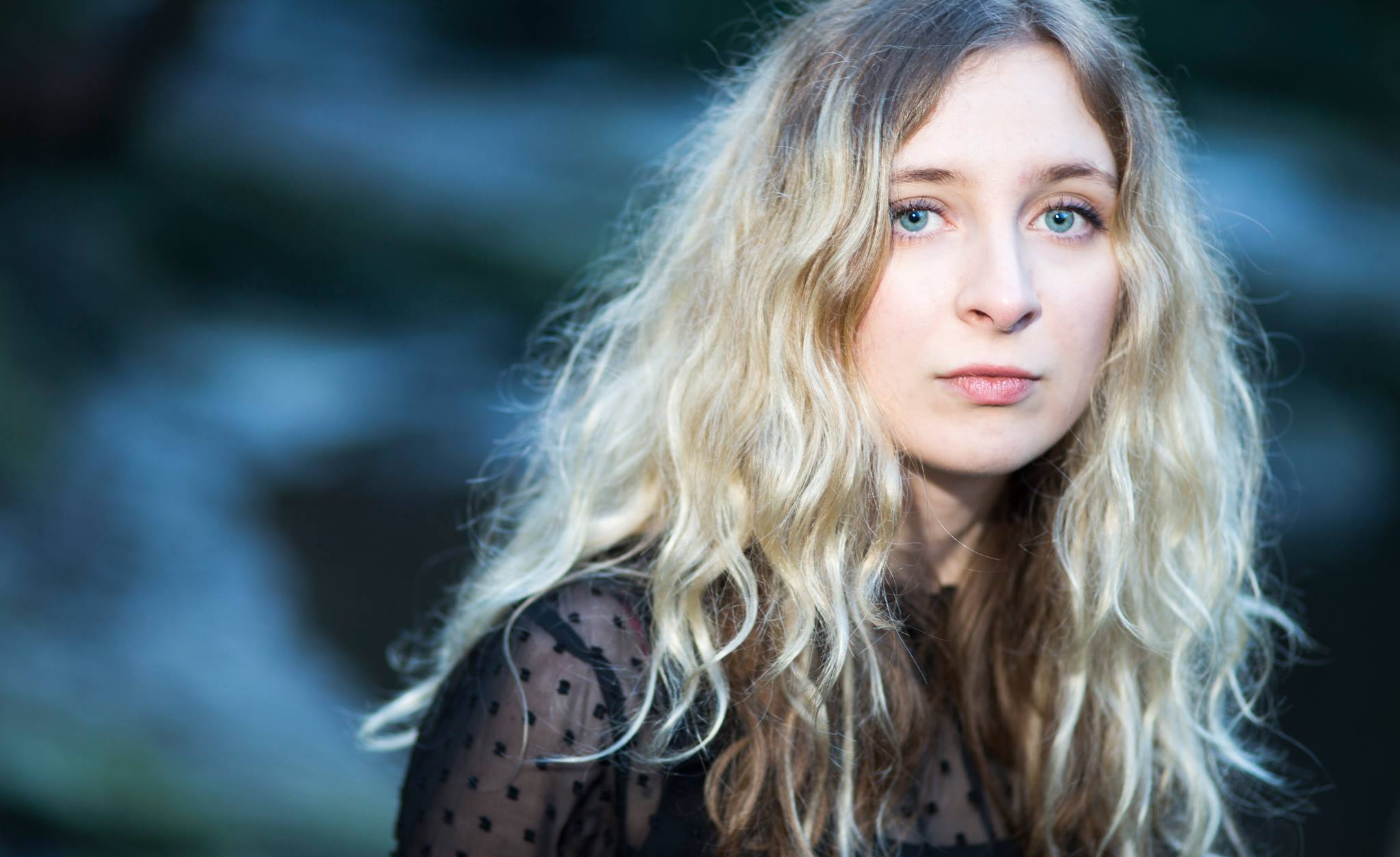 Annie Booth is in an in-between time. “I’ve just had my last shift in the post office”, she tells me I’m surprised; not that she works in a post office, or that she no longer works in the post office, but that I’d caught her at quite the in-between time of leaving a job to talk about an EP which chronicles getting jobs and leaving them, and all the general confusion that getting older guarantees. It’s just one of those things, though, isn’t it? “Yeah, definitely” Annie says. “It can be quite a complicated, can’t it? I’ve just always loved music, so I’ve never really stopped.” Maybe it doesn’t need to be as complicated as people think.
Annie Booth released her debut album, An Unforgiving Light, in 2017. Now she is returning with her four-track EP Spectral, to be released jointly by Scottish Fiction and Last Night From Glasgow, working with Chris McCrory – who has previously produced the likes of Catholic Action and Siobhan Wilson.
“I started off doing open mic nights and got asked to do more established gigs from then” Booth tells me. “I met the band on the album from uni. I’d written these songs I’d had for a while, it was the first time playing something that I’d written with a band.”
Playing with Mt. Doubt, Booth met Neil from Scottish Fiction, and things snowballed from there. It’s an origin story common to the Scottish music scene, where small pools of artists create chambers of opportunity and sound. “I love everything that comes with the Scottish music scene,and there’s a lot of support for live music. It’s championed, I think, and it seems to be especially appreciated in Scotland.”
I tell Annie that I think working with Scottish Fiction suits her sound. Her music isn’t troubled by the hallmarks of a Scottish musician’s existence – at least, not in any obvious way. There are tartans or bagpipes, but technical riffs and soaring vocals that sing of the troubles of ageing and learning as we age. Like Scottish Fiction and LNFG, it feels homegrown; like you can hear the artists Booth has worked with and the people she’s met, rather than the places she’s been or seen. It feels like she’s grown into her music.
“It’s really lovely how small the networks are; you can make so many friends”, Booth laughs. Even in this phone call, we have so many mutual friends. I feel that it’s so nice the way that people meet each other and that we have a home-grown environment. It’s really nice. “I think sometimes people forget how multifaceted being a musician and working in the industry can be. There are lots of different strands that are all really important to do your job, lots of cross-over.”

I ask Annie if she thinks that writing and creating in a situation so rooted in Scotland, and Edinburgh in particular, influences her sound. “Naturally, it does. It’s not intentional. Being inspired by Mt. Doubt, watching the guys make music… I’m also really inspired by the likes of Kathryn Joseph, Hamish Hawk, C. Duncan. Whether they’re Scottish or not it is part of their sound. I like that they’re all really pushing the boundaries of their genres and they’re very good at emotionally connecting with audiences, that’s what I strive for.”
Spectral is a more vulnerable, close record than An Unforgiving Light before it.  In tracks such as ‘Magic 8’ and ‘Still’, Booth both sonically and lyrically lays herself bare, creating a sparse and atmospheric landscape, on top of which she lays her rawest self. It’s music that can see seen as both a saviour to and a relic of time spent by someone in need of being saved; reminiscent of Julien Baker, Phoebe Bridgers or even PJ Harvey.
“We all struggle with mental health and issues in our day-to-day lives. As someone who… I really think that music….” Booth tails off, laughing about rambling in her answers. “It might not fix people but it definitely alleviates stuff and soothes you in ways that other things don’t. A lot of Spectral is written from that point of view. When I wrote it, it was just after the album. The local support was really lovely to see, but I was in the ‘what-now’ period. I think I’m expressing feelings that come from feeling slightly disconnected from my surroundings.”
Spectral displays a more mature sound from an artist who is clearly growing into herself. I ask Booth how she thinks it compares to An Unforgiving Light . “The album had a rocky, driving sound. The band fleshed it out a lot, with cool riffs and ideas that enhanced the sound. It was quite upbeat. Spectral is more introspective and stripped back. I wanted it to be an experience to the listener rather than a collection of songs… I booked the recording before writing the songs. There were days I didn’t feel inspired by anything, and I’d have a week with nothing, and then in minutes I’d have something. It was a cool way of challenging myself to create the songs.”

I mentioned that Booth reminds me of the likes of Bridgers and Baker, artists who write into their sadness, choosing to talk about emotions in a contemporary voice that situates their feelings in the present. “It’s nice to see stronger female voices in music, especially in Scotland” she tells me.

Booth is just fresh from gigging for International Women’s Day, something that she feels quite strongly about. “I want to see equality in music. It’s attainable, but there’s still a bit to go. I want to be even footed with men.”

It’s happening, we agree. Spectral might channel the confusion and listlessness of a growing maturity, but Booth’s voice is sure of one thing, at least: it is a voice that should be heard.
Catch Booth at Henry’s Cellar Bar, Edinburgh – Heir of The Cursed + Super Inuit on Friday 10th May.
Spectral EP releases May 10, 2019 on Scottish Fiction and LNFG Records.

Kraftwerk have announced a range of ‘first time on digital’ releases being made available ...