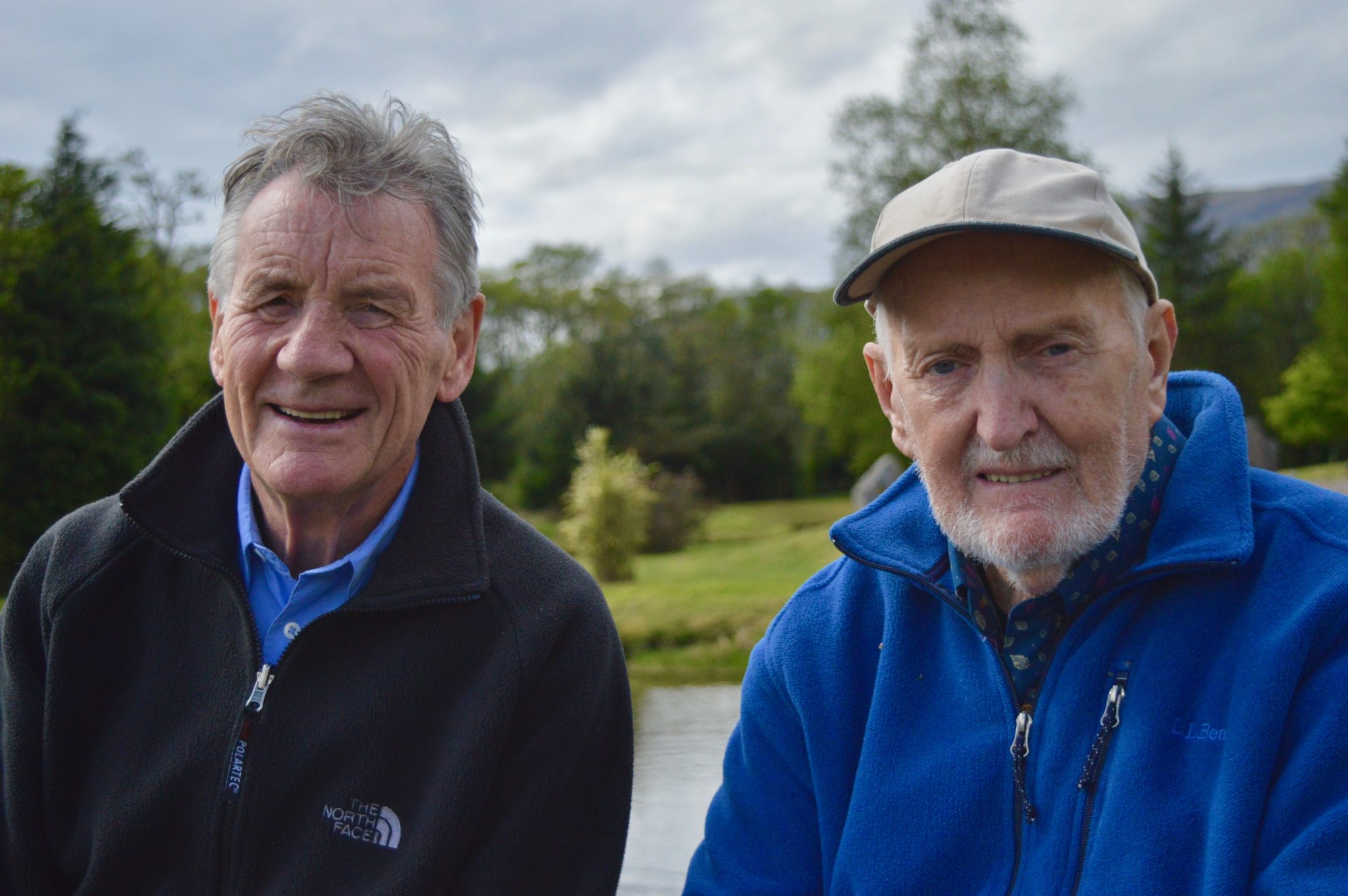 Author, rescuer, engineer, filmmaker and full-time adventurer, Hamish MacInnes – also known as ‘Fox of Glencoe’ in reference to his cunning as a mountaineer – is a real-life Scottish superhero.

He is a living legend that you’ve probably never heard of, although he founded both the Glencoe Mountain Rescue Team and the Search and Rescue Dog Association. He scaled the world’s most dangerous peaks, survived avalanches and provided feature films, such as Monty Python and the Holy Grail and The Eiger Sanction, with his invaluable knowledge and guidance on mountain safety – including masterminding Clint Eastwood’s dangle from the edge of the Eiger North Face, via a painter’s ladder.

In Final Ascent, Robbie Fraser takes us on a journey to the top of the mountainside literally and metaphorically.  If you imagine meshing the masterful artistry of Touching the Void with the kind of beatific fight with establishment that characterises One Flew Over the Cuckoo’s Nest, then you will have a sense of what to expect while joining on Hamish’s path of self-discovery, into the complexity of his own memory, becoming the ‘spectator’ and looking back at himself.

The film shines a light on MacInnes’ journey to ascend his mind, and perhaps also a reflective light shining back on the audience to what we can all face, as we age. Hamish’s story shows that facing a mountain avalanche is an equal challenge to the final ascent out of the psychogeriatric ward.

In the film, Michael Palin recalls visiting Hamish in hospital:

“I heard that he was ill, and then I heard that he had been taken to a mental hospital against his will. No-one could find out why he was taken there. I found this much reduced figure sleeping in one small room. I noticed the bed was very narrow. It looked as though he was on some expedition. I wanted to say to them: ‘This man has been up most of the Himalayan mountains.’ It seemed such an extraordinary place for Hamish to be.”

The film has partnered with the Scottish Mental Health Arts and Film Festival (SMHAFF) with several Q&A screenings taking place up and down the country.

We speak to director, Robbie Fraser.

During the first interview, he says: ‘Before we get started, I want to tell you about the most important thing that has happened to me recently; which is when I got sectioned.’ He described how he had been found by a friendly neighbour, wandering about in a completely lost state, a bit like King Lear.

Hamish was taken to the local psychogeriatric ward in Fort William and he went on to describe how traumatic he had found this. It’s obvious why, he’s a great man of the great outdoors. He is someone who has never been constrained by any circumstances and has always been able to go out and do what he wants. For him to be cooped up in a ward like that, he found really distressing. 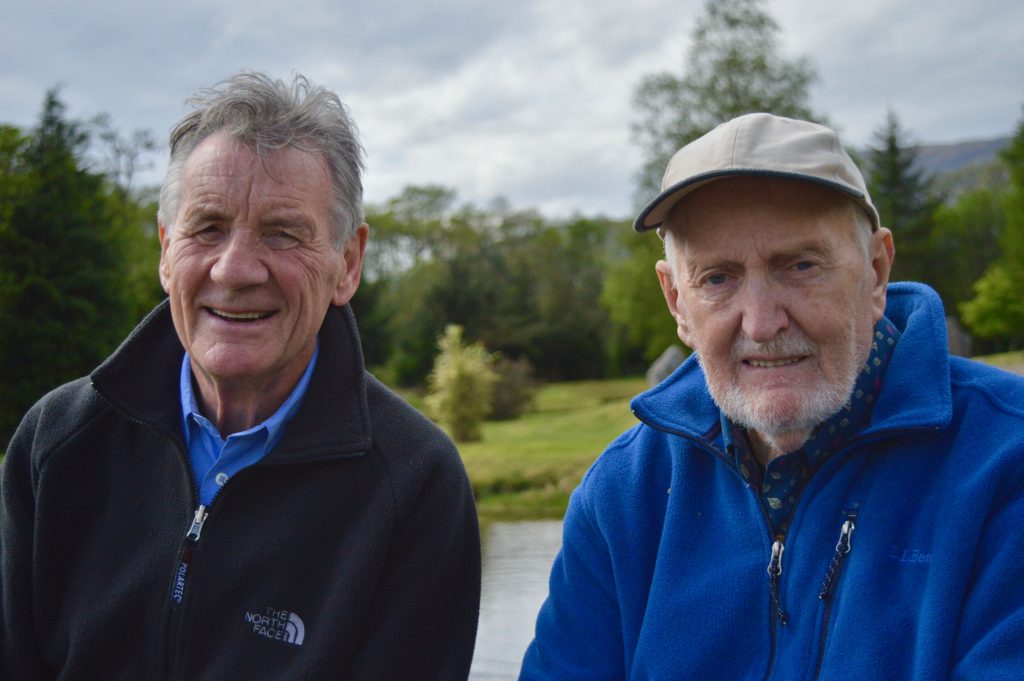 Michael Palin and Hamish are old friends, what’s their history?

The Monty Python team hired Hamish as the safety supervisor on Monty Python and the Holy Grail, which was partly shot in Glencoe. For example, ‘The Bridge of Death’ was entirely constructed and engineered by Hamish – he also catapulted the bodies over the edge. So, Hamish got to know the Pythons, particularly Michael, who’s got this total passion for explorers.

It feels like Final Ascent is something more than just a mountaineering documentary.

The film looks and quacks like a mountain film, and It’s been brilliant to get so much positive feedback from the mountaineering film festivals, but it’s a trojan horse.  It’s a film more about memory, identity, mental health and growing old.

In this case we’ve got somebody who had a mental crisis that arose out of physical causes that were perhaps exacerbated because of circumstance; and he had to struggle to get his sanity back. We’ve shown the film to older audience members who’ve found it very affecting. Hamish MacInnes is like a superman-like figure to them, especially as they knew him growing up. I think if you’re a person who is approaching the final stages of life, for the final chapters of your life, seeing somebody like Hamish bounce back from the brink is really heartening.

What were the challenges in making this documentary?

It’s difficult when you make any documentary, but especially a cinema biographical documentary.  You are obviously trying, as in this film, to turn approximately 90 years into 90 minutes. In Hamish’s case it was even more difficult because there are so many more strings to his bow – engineer, a rescuer, a writer, photographer, expedition leader, mountaineer. He’s done so much in his lifetime.  The challenge is to make a film that doesn’t read like a Wikipedia entry, I sometimes call it ‘Special Sauce’. I’ve made several cinema docs now and you can’t just take a one hour film and add 15-minutes. You need to have some extra dimension that makes it worth telling, that has that richer element that will get people sitting and enjoying it.

Has making this film got you exploring the Scottish mountains?

I’m not the world’s most outdoorsy person, but even I now own a pair of hiking boots and have climbed a couple of Munros since starting work on this film. If it can get other people to engage with the outdoors, then that’s great because it’s on our doorstep.

Hamish has saved so many lives worldwide. Do you think he should be remembered as a hero?

Final Ascent is playing at various cinemas across the country, through till August and beyond.