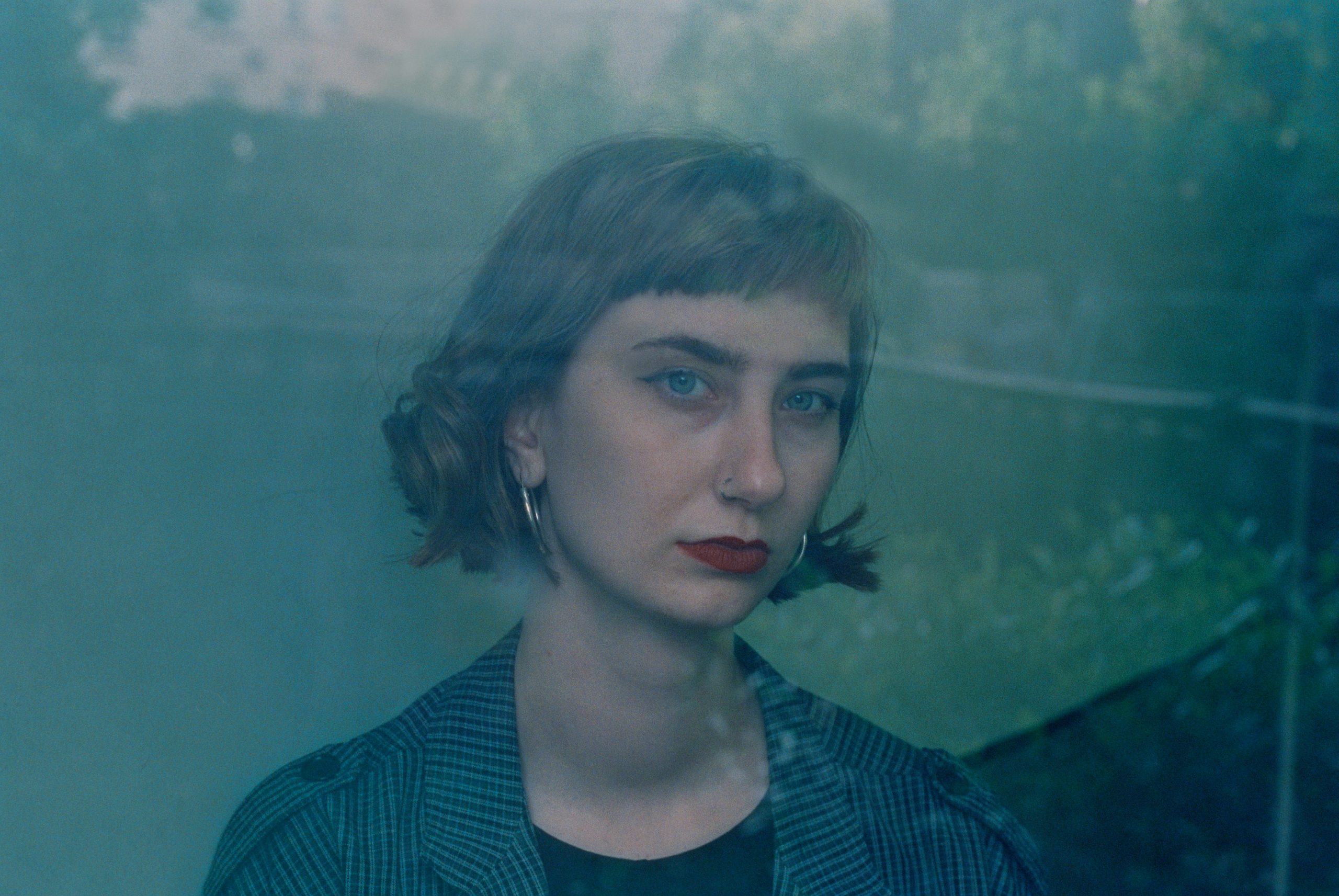 When a chat starts with someone describing their day programming a drum machine as ‘trying to drive a spaceship’, you know you’re in for an intriguing conversation. Goodnight Louisa’s brand of dark 80s-vibing dream pop was one of the most refreshing things to come out of 2021, and with her soaring debut album Human Danger due soon, SNACK caught up with her to discuss that new album. But what we did was open a few doors and potentially let a few ghouls in at the same time…

You touch on a lot of subject matters on the record. Was this intentional?

I wrote these songs as a bit of, like, a fuck you to a lot of the shit that’s been happening with women. The whole concept of the album was to point out the different factors of human danger. A lot are perspective songs, trying to put yourself in someone else’s shoes. Some came from when I was in Iceland, as well; they have a particular creepy, haunting vibe.

Your residency in Iceland sounded quite an intense experience…

It was such a beautiful experience, but the only thing you could do was work and that drove me crazy quite quickly. There was just a creepy vibe about where we were staying; everything was open and windy. I’m superstitious, I’m convinced I’m haunted. Everywhere I go I’ve convinced myself someone is following me.

Do you have any stories of these personal hauntings?

I was walking to work and there was no one else around. It was pitch dark and I turned a corner and a woman was coming at me, but her eyes were yellow, with no pupils. I thought I was going to have to fight her. I was so scared. Then I felt like she just walked through me. I turned to see if she was still there and she’d gone. I still don’t understand what happened. I don’t know if she was a ghost or she was just off her nut.

The track ‘Diana’ is intriguing. Were you aiming to write a song about her?

My work had this unrelated flower display around the 20th anniversary of Diana’s death, but people were coming up and laying flowers because they thought it was a memorial. I was watching, fascinated, and I ended up having a dream about it. One of the lyrics ‘you’ve got to save the world, even if it kills you’, was something I remember dreaming about her saying to me.

What do you think that that dream means?

Not trying to compare myself to Diana, obviously. I always wanted to try and make a difference. It’s always something I’ve aimed to do with music. I’ve always wanted to just try and feel like I could level with people. Being kind was generally the sort of consensus for the whole song; it’s such an underrated trait and easily squashed by other people’s arrogance.

The song ‘Judith’ represents some kind of spooky figure that you felt was around you throughout your life. Can you elaborate on that?

I’ve always been really superstitious with ghosts and a bit afraid of what’s out there in the dark. Ever since I was a kid I’ve always had this dream about the same woman. She’s shapeshifted and grown, but she’s still there. When I was in Iceland I had convinced myself that she was sitting outside in a rocking chair. I was like, I’m gonna write about that because that’s creepy. And it kind of was helping me get over it. I feel like writing that song was a really therapeutic experience.

Some tracks feel like they are about particularly bad experiences that have happened to you or someone close to you. Is that the case?

A lot of it is very personal, but it’s happened to every single person I know. The title track was about having a really bad experience, then imagining myself as this sort of superhero saving people from these experiences. ‘Get Your Hands Off My Girlfriend’ originated from a guy trying to strangle me because I wouldn’t speak to him.

That sort of thing happened loads of times; I’d go out with a partner and someone would say something or force you into doing something. It was a really vulgar side of people that maybe you don’t see if you’re not a woman in another relationship with a woman. It makes you feel really inadequate.

I’ve not had a lot of abuse for being gay, but I’ve just been over-sexualized in that respect. That was something that never got talked about, that I’ve always been quite passionately willing to rant about for hours.