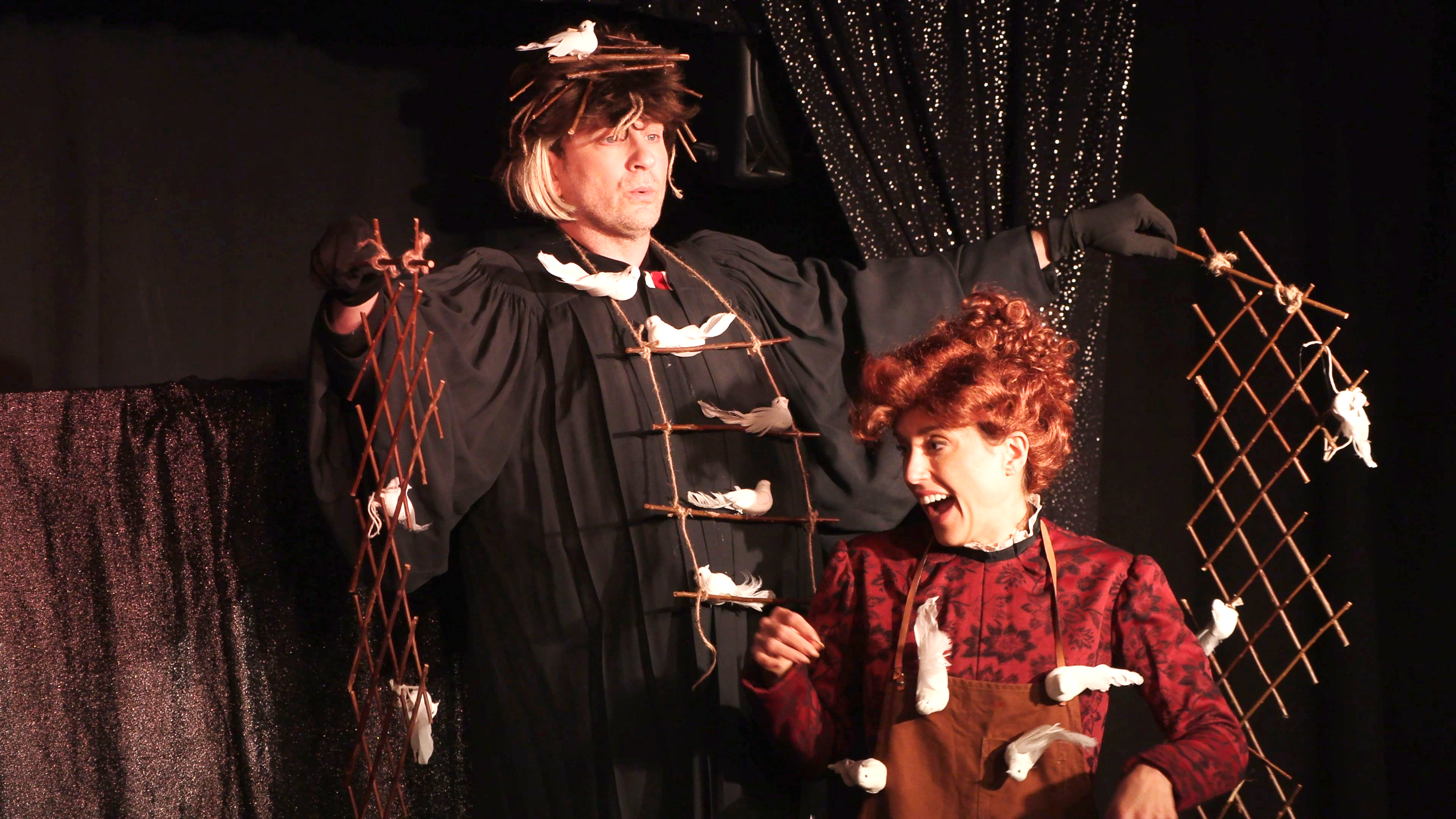 You will recognise Tom Lenk, best known for starring as Andrew Wells in a little show called Buffy the Vampire Slayer and its spin-off, Angel. But Lenk has established an illustrious cult fame in the US and UK as a stage actor: in 2018 and 2019, he starred in the wonderfully surreal play Tilda Swinton Answers an Ad on Craigslist which played at the Edinburgh Fringe Festival. However, Lenk has also achieved a huge cult following online, with his Instagram photos and viral videos reaching hundreds of millions of views, even earning him a profile piece in the coveted The New York Times Style section. SNACK sat down with Tom Lenk ahead of his new play Lottie Plachett Took a Hatchet to discuss his character Pansy, tiny hands, and his knack for nailing DIY celebrity lewks.

How did you come to be involved in the show?

I’m a fan of the work our creative team (Justin Elizabeth Sayre, Tom DeTrinis and Jessica Hanna) did on an episodic production of Ravenswood Manor, a camp-horror soap opera with back-to-back live theatrical episodes every week that blew my mind!

It was such a fun take on the comedy-horror genre and I was so happy to join the Zoom readings of Justin’s new works during the pandemmy!

How does it feel reuniting with Tom DeTrinis again?

Why? Did he say something about me? No, what did he say? Is he sick of me? Am I being replaced? JK JK. Mostly.

Tom and I obviously were vaudevillians together in a past life, so I always feel safe with him, but also have a weird feeling of wearing tap shoes even though I’m not? Can tap shoes be ghosts?

Tell us about the character of Pansy, a character by name alone I feel an affinity with.

Pansy is short in name for Panserton, short in temperament and also short in stature. This makes more sense when you see the show. He has a passion for homosexuality that is either centuries ahead or centuries behind its time. He yearns to live outside the walls of his restrictive, conservative household. He’s manipulative and jealous but also sweet and kind (obvs a Gemini). He wears red velvet and patent leather, but he’s NOT Santa Claus, so don’t get any ideas about sitting on his lap. He will sit on yours though! 😉

What characteristics would Pansy include on their dating profile, and how successful do you think his ventures would be?

Pansy has a level of blind confidence that I haven’t had since my days as a
teenage theatre tyrant and would truly set the online dating world a-blaze!

Why do you think Lizzie Borden’s story continues to captivate audiences so long after it occurred?

Society loves an unsolved murder, and vilifying women, so why settle for less when you can get two for the price of one?

This isn’t your first run in Edinburgh; how was your experience playing Tilda Swinton Answers an Ad on Craigslist at the Fringe last time? Do you feel more prepared for what’s ahead?

I couldn’t have asked for a better Fringe experience with Tilda! Audiences loved the show in the US, so we were a bit nervous to see how audiences here in Tilda’s homeland would take to our loving parody of her, and turns out they maybe loved it more than in the US? And we may or may not have maybe-perhaps-by-total-chance handed our show flyer to allegedly one of Tilda’s relatives, who I immediately arranged tickets for. I cannot confirm any of this. OK?

All I know is that, since Tilda is ‘stress and evolving consciousness,’ and ‘a coffee table in a past life’ that she clearly cosmically arranged this chance meeting for us? My God, Edinburgh and the Fringe are as magic as Tilda is! As far as being prepared? I did Tilda plus my solo show last time, which was a bit much, so I’m excited to get to do our play and then enjoy being an audience member more myself this time around!

Do you feel the Fringe audience differs in any way to what you’re accustomed to in the States?

I was just about to say that Fringe audiences are slightly more ‘lubricated’, but I am completely forgetting that we just finished performing Tilda in the basement of beloved Los Angeles Mexican Restaurant Casita del Campo. And thank the baby Jesus they don’t subscribe to the measured pour at this fine establishment. The margaritas are potent and sometimes the audiences are TOSSED and trying to participate in the show. So in many ways it’s akin to many Fringe venues and on par with the raucous crowds you sometimes get heading into the 8pm and 9pm shows!

Take me to the start of your accidental Instagram stardom. I am obsessed with Tilda, obviously, and when you recreate celebrity LEWKS, and the app seems to be an amazing outlet for your work. How did it all start for you?

I started by seeing if I could spend the week making that year’s Met Gala Lewks. Celebrities started reposting the ‘lewks’ and it just exploded! At the time, Instagram really was about the ‘curated’ lifestyle and this weird online perfectionism, so I really loved taking the energy of throwing things together without much effort (okay, I did put some effort into the Sarah Jessica Pasta wig) and pointing out what is wonderful and ridiculous and subjective about fashion and art.

I did the lewks the way some people do Sudoku or puzzles or gardening; it was very soothing and relaxing in a way. I like the puzzle-solving-challenge of ‘how do I make this?’ But then during the early days of the pandemmy I thought ‘Oh, I’m done, it had its moment, I’m bored and it’s not a challenge anymore.’ Pivot! What if I take this creative energy and platform and go back to making comedy videos?’ It was absolutely not what my IG audience signed up for, and my follower count decreased by half – but I’m so happy I did it! I have made some incredibly stupid videos that I am very proud of and at the very least make me laugh.

What celebrity, if any, are you interested in taking on next?

I’ve been threatening to do ‘Tom Lenk in One-Man SHOWGIRLS,’ where I play everyone and do all of the Showgirls movie in an hour. All I know is there is a swivel chair and spray water bottle for the pool scene. 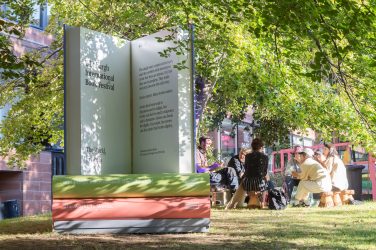 One theme of this year’s Edinburgh International Book Festival is ‘Playing with Books’, where ... 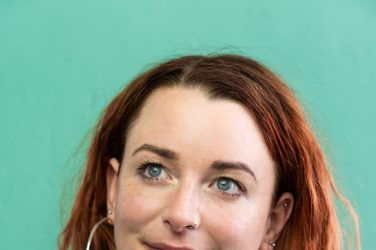