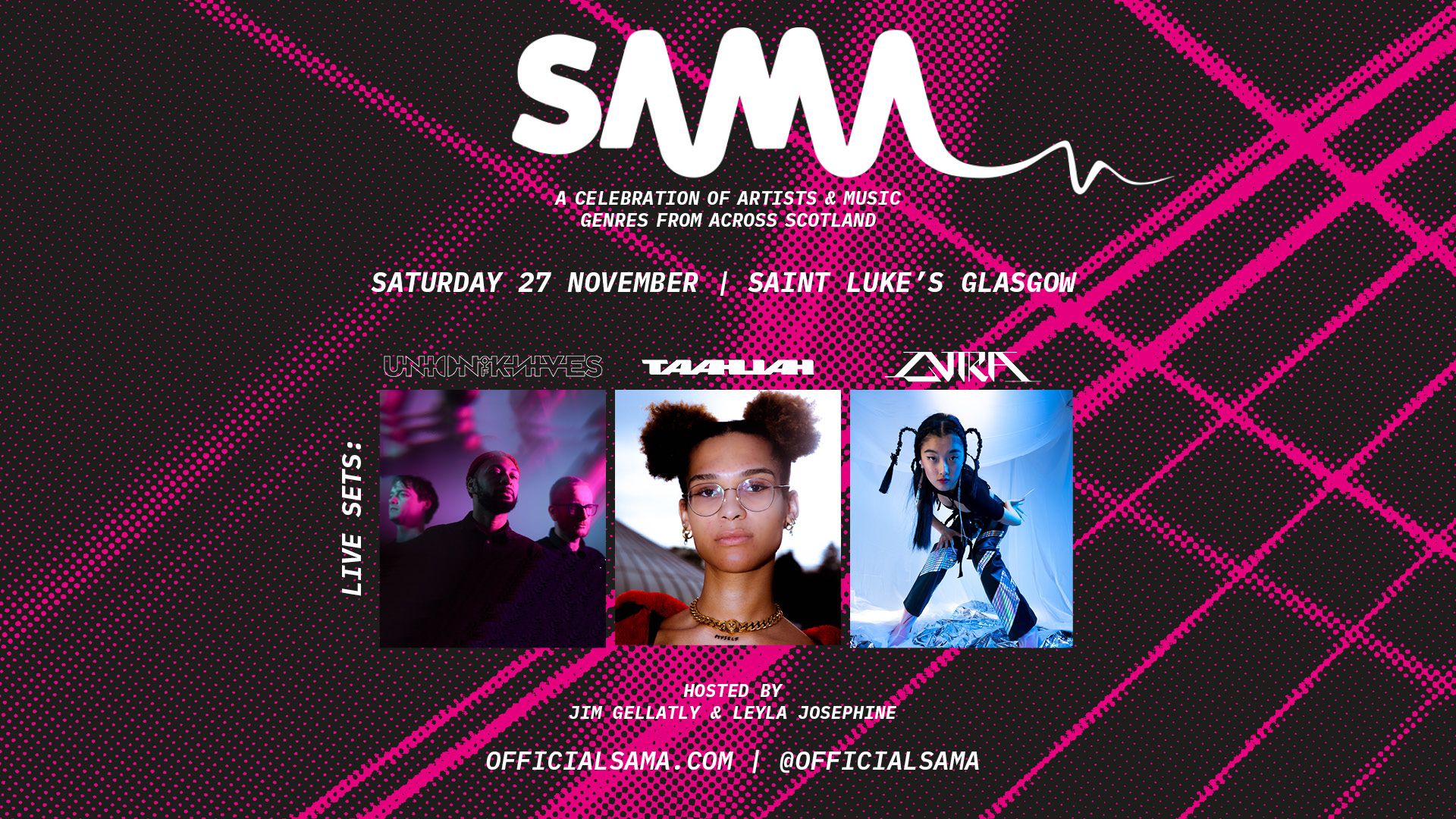 The nominees for the 12th annual Scottish Alternative Music Awards (SAMA) are revealed today, with the winners announced at an exclusive live ceremony at Glasgow’s Saint Luke’s on Saturday 27th November 2021.

SAMA 2021 will celebrate the rich creativity and innovation of musicians across Scotland and champion the best of the nation’s emerging artists whose talents have shone over the past 12 months despite the ongoing challenges presented by COVID-19.

Fans are asked to vote from a total of 28 of the best new artists in the country, selected by some of the country’s most influential music tastemakers and champions, including Phoebe Inglis-Holmes of BBC Introducing In Scotland.

“I’m really delighted to see such a wide range of genres and artists being nominated at this year’s event. This SAMAs 2021 honours list is truly full of some of the most exciting and deserving acts I think these awards have ever seen, to the extent that I think there’ll be some really close calls for the winner, in multiple categories,” says Phoebe.

“It’ll be amazing to feel that nervous anticipation on the night to see who’ll come out on top, and of course catch amazing live performances from the likes of recent Sound of Young Scotland winner, LVRA.”

Nominees include MEMES, a pair of Glasgow cousins whose pairing of real-life lyrics with laptop pop-punk won them a BBC live session with Steve Lamacq; Glasgow indie-disco outfit Spyres whose big-chorused singles so far have attracted the attention of BBC Radio 1; West Lothian psych-tinged groove-makers Dictator, whose run of early sold-out gigs was only cut short by the pandemic; and Edinburgh’s Swim School, a dream-rock four-piece who recently wowed crowds as the support act for chart-topping stars (and former SAMA winners) The Snuts on their sell-out tour.

Edinburgh’s Dvne are nominated for their literary take on prog-metal, while Glasgow death-metallers Godeater are selected for their ferocious live shows and acclaimed debut LP All Flesh Is Grass. Further nominations come for the theatrical Hellripper, a speed/black metal outfit from the Highlands and Edinburgh’s Frontierer, whose blend of mathcore and bludgeoning guitars has seen them twice acclaimed in Rolling Stone magazine.

Rachel Aggs is a member of two significant success stories of recent years – Sacred Paws and Shopping – and her recent solo work blends Marine Girls-style vocals and highlife grooves with digital synth-pop. Glasgow’s Tom Spirals is a reggae MC and singer whose voice will be familiar to anyone who has attended the city’s Walk N Skank events, while Ayrshire MC Bemz is a rapper of understated confidence with soft vocals and a tough swagger. Also nominated is rising Dundee-based composer Andrew Wasylyk, acclaimed for his evocative, jazz-influenced soundtracks.

Born in Nigeria and raised in Australia, neo-soul artist Danny Cliff‘s honeyed vocals have enchanted lucky crowds in Edinburgh over recent years. The capital is also home to fellow nominee Bee Asha, a spoken-word artist whose cathartic musings explore race, gender and sex through the prism of contemporary social politics. Aberdeen rapper Chef has already starred in a BBC documentary and collaborated with The Rap Game UK breakout star Ransom FA, while AiiTee, a Scottish-Nigerian R&B artist whose uplifting blend of Afro-Beats and Gospel, completes the Best Newcomer nominees.

Lizabett Russo is a Romanian-born, Edinburgh-based jazz-influenced artist with captivating vocals which recall Dolores O’Riordan and Susanne Sundfor. Also nominated is Christy, a soulful singer-songwriter whose heartfelt torchsongs were honed busking the streets of Glasgow, and fellow Glaswegian Lizzie Reid, an artist whose intimate tales of love and heartbreak exude both vulnerability and strength. The nominations are completed by Stirling’s Constant Follower, an outift who elegantly refract Classic Americana-via central Scotland in their debut album Neither Is, Nor Ever Was, out now.

The nominees feature two producers who learnt their craft as resident DJs in Glasgow clubs: AISHA, a resident at the city’s long-running Animal Farm night whose own high-octane techno productions draw from trance and hard house, and Macka, a producer whose euphoric, sample-heavy take on disco house was no doubt shaped by his residency at La Cheetah’s Rare Tuesdays. Also nominated is KAVARI, an Aberdeen-based producer who showcases her propulsive, post-club experimentalism in acclaimed recent debut EP If The Benign Was To Ever Be So Pure, and Barry Can’t Swim, an Edinburgh producer whose after-hours deep house earned him a tip as one of Annie Mac’s New Names For 2021.

The exclusive event will include the live return of cult noughties band Union Of Knives as well as performances from avant-trance artist and double SAMA 2020 winner TAAHLIAH and LVRA, recent winner of the Sound Of Young Scotland award.

Tickets for the event are £10, available from Eventbrite.

SAMA 2021 is funded by The National Lottery through Creative Scotland. Each of SAMA 2021’s seven categories is presented in partnership with organisations such as Keychange, Musicians’ Union, BTOBeCreative, Academy of Music & Sound and Liverpool Sound City. 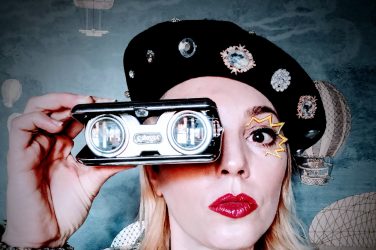