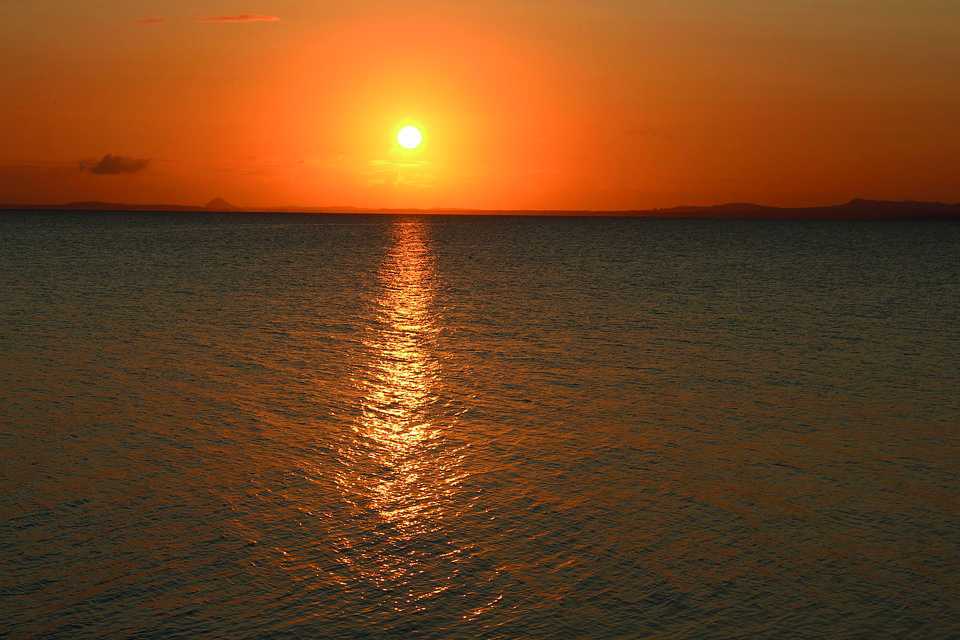 Started as a student in Edinburgh and want to escape the city? Edinburgh has many charms, but there’s so much else to see just a short journey from Scotland’s capital city.

The Forth Rail Bridge crosses the Firth of Forth between the towns of North and South Queensferry. The bridge always makes for an iconic scene no matter the weather, so don’t forget your camera! You can get great pics from both sides of the water, but let’s start by alighting at Dalmeny, a mere 15-minute journey from Edinburgh Waverley. The town is quite long, with a road that follows the coast, and you can get a clear sight of the bridge from a number of the restaurants here.

From the pier beneath the bridge you can take boat trips underneath the 3 main bridges across the Forth (so again, don’t forget your camera). The 3 Bridges tour lasts 1.5 hours, while the trip which visits Inchcolm island and Abbey just off the Fife coast lasts 3 hours.

Down the Hatch, on the other side of the Forth Road Bridge (the first one) is probably the most exciting place to eat in town. It serves up North American fast food such as ‘Classic Canadian poutine’, ‘Montreal style bagel sandwiches’, Philly cheesesteaks and New York Reuben sandwiches.
If you get back on the train at Dalmeny and cross the famous bridge, hop off at North Queensferry, the next stop for an alternative view. Head down to the end of Main Street where you’ll not only have a vantage point of the bridge but you can also photograph and visit the world’s smallest operational light tower! The Harbour Light Tower is so small that it doesn’t qualify as a lighthouse, but it was built by Robert Stevenson, who is responsible for many full-size lighthouses across the country. It takes a mere 24 steps to climb to the top, but only one person can fit in at a time. It’s also free to visit, though if you want to you can pay for the privilege of lighting the lamp.

Deep Sea World is on the other side of the bridge, and features a seal enclosure and one of the longest underwater viewing tunnels in the world. If you plan to eat well while you’re in North Queensferry, then book a table at The Wee Restaurant (closed Sundays and Mondays).

The historic town of Dunfermline has a number of interesting sights, such Dunfermline Abbey, where Robert the Bruce is buried. Free to visit, it’s open every day from April to late October between 10am to 4.30pm, aside from Sundays which are 2.30pm to 4.30pm. Nearby Abbot House, an A-listed 16th building known locally as the ‘pink house’ due to its salmon hue, is currently closed but hopes to re-open soon. It still makes for a good photo stop. On the same street is the original Carnegie Library. Following a multi-million-pound redevelopment, the historic building now houses a museum, gallery space and Heaven Scent Café, which has views looking toward the abbey. The original Carnegie Hall and Andrew Carnegie Birthplace Museum are also not far, should you want to learn more about this famous industrialist and philanthropist. Admission is free and it’s open every day until November.
Pittencrieff Park is also worth a visit to meet the inquisitive squirrels!
To get to Dunfermline from Edinburgh take the train (just over 30 mins) or Stagecoach X55 bus (1 hour).

Culross (pronounced ‘Coo-ross’) is gem of a historic town. With its pretty houses and cobbled streets, the town has frequently been used as a filming location in the TV series Outlander. Take the Stagecoach number 8 bus from Dunfermline, destination Falkirk, and travel westwards for a mere 25 minutes until you come across the colourful Culross Palace (this time ochre rather than pink) and gardens, run by the National Trust for Scotland. Student admission will cost you £7.50, while the gardens are £3.50.

There’s also a historic abbey at the top of the village, which is free to visit and open all year. Food options include Biscuit Café, The Red Lion Inn and Bessie’s. Although a train line runs past the town, there are no passenger services these days, so do take the bus.

Moving eastwards along the Fife coast, Aberdour Castle is easily visited and a short walk from Aberdour train station. It’s mostly ruined and may not look immediately striking, but parts of it date from 1200, making it one of the two oldest existing castles in the whole of Scotland. It has also been used as an Outlander filming location. Open all year, it costs £6 to enter (Young Scot cardholders £1).

Like Culross before, Lower Largo is another town that used to have passenger railway services, and this is made all the more obvious by the massive railway bridge in town. Sadly, you can’t walk or cycle over it, so it stands solely as a relic of Lower Largo’s past. Also of historical note is the fact that the town is the birthplace of Alexander Selkirk, who was the inspiration for Daniel Defoe’s Robinson Crusoe. Published in well over a hundred different languages, it is one of the world’s most translated books. Selkirk spent 4 isolated years living as a castaway on the Juan Fernandez islands off the coast of Chile. Interestingly, one of the islands is now called ‘Robinson Crusoe’ and another, named ‘Alejandro Selkirk’, is where the author David Foster Wallace’s ashes were scattered. Anyway, back to Alexander Selkirk: Lower Largo boasts a statue and memorial located above the entrance to the house where he was born. If you want to spend time on a beach then you’ll find one here, though it may pale in comparison to the beaches of Juan Fernandez!

The ‘east neuk’ of Fife is full of pretty fishing towns. Take your pick of places to stop from Earlsferry, Elie, St Monans, Pittenweem and Crail – or visit them all if you have time. Earlsferry has an accommodating pub with food in The 19th Hole Golf Tavern, Elie has The Ship Inn, one of the few pubs in Scotland where you can get Pimms on draught. There’s a sandy beach, a small lighthouse and a ruined tower, all on the coast here. At the eastern end of St Monans, there’s an unexpected windmill, which makes for a good photo op. Pittenweem has St Fillan’s Cave, another unexpected but tiny attraction – it does only cost £1 to enter – while Crail has one of the most photogenic harbours in the whole of the British Isles.

Looking for somewhere unusual to stay? Catchpenny Safari Lodges between Elie and St Monans are a little different. Half canvas and half lodge, providing some home comforts with the ruggedness of camping, and they’re right beside the sea.

It’s also walking distance to Bowhouse Market (KY10 2DB), a food & drink market showcasing the best that Fife has to offer. Open every Saturday and Sunday from 10 am – 4 pm.
If you’re looking for the ultimate fish & chips on this trip, then head to the Anstruther Fish Bar. If it’s queued out the door, like it often is, then The Wee Chippy and The Waterfront serve up equally great fish suppers, and are on the very same street.

Kingsbarns Distillery, just north of Crail, opened on St Andrews Day 2014. Almost 5 years on, they have now released their first whisky, ‘Dream to Dram’. The distillery is open all year round, with four different tours on offer plus a café if you just want somewhere to stop for lunch.

The most famous town in Fife is St Andrews. Famed as the home of golf, named after Scotland’s patron saint (his bones were said to have washed ashore, although where they ended up, who knows) and home to Scotland’s oldest university, the one where a certain Royal courtship began. There’s also a ruined castle and cathedral in town. You can clamber up the steep and narrow staircase of the cathedral’s St Rule’s Tower (£5). A £9 ticket lets you visit both castle and cathedral.

Being a university town, there are plenty of places to drink. St Andrews Brewing now have two bars in town: the Central Bar is the classic pub offering typical pub-type food, while Vic is a student-friendly bar with 2-4-1 burger deals, hot dogs, mac & cheese and poutine on the menu.

St Andrews Tourist Hostel provides the cheapest place to stay and is close to everything in town. To re-caffeinate, Zest and North Point are the two best cafés around, and why not get a sticky bun to follow? Look out for the old school Fisher & Donaldson bakers as they have a couple of shops in town (one is actually named G.H. MacArthur & Son).

If you are up for a challenge you could try working your way through all 54 varieties of ice cream, sorbet and frozen yogurt at Jannettas Gelateria. It’s an institution that has been in business for over 100 years, and they actually make over 100 different flavours. Sadly, only 54 are available at a time!
Despite St Andrews being such a popular destination, there is no train station. Well, there was years ago, but no more. But you can get a train to nearby Leuchars and then get a local bus from there, or bus it all the way from Glasgow or Edinburgh.

The fishing port of North Berwick is within easy reach of Edinburgh, and there are direct trains to the town. It’s the end of the line, so they all terminate here to make things simple. Note that the station is a short walk to the pubs, restaurants and harbour. Actually, on the harbour itself you’ll find The Lobster Shack, which cooks up fresh seafood supplied by the boats that dock here. It’s also licensed, so you can enjoy a beer in an unusual location. On the road back into town you’ll find their sister business, The Rockateer. Here they serve food from another unusual location, a former coastguard station which now has a conservatory around it.

Make sure to save some belly space for a trip to Bostock Bakery for some delicious patisseries. After that, head to Steampunk café for some freshly roasted single origin coffee.

Pubs of note include The Ship Inn and The Auld Hoose, for those in need of alcoholic refreshment.
Nether Abbey Hotel will be hosting a beer festival from Friday 8th – Sunday 10th of November, while a gin festival also takes place on the Friday and Saturday.

Finally, if you’re up for a challenge, take on Berwick Law for views over the town and beyond. 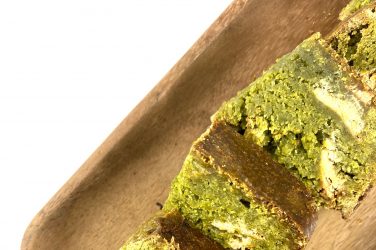 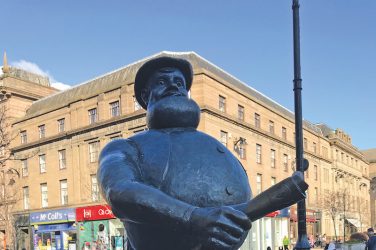 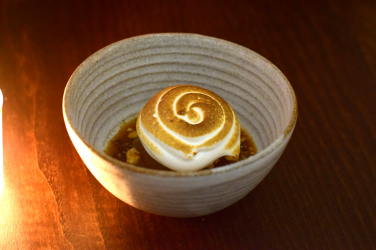 Foodies at the Festival

At this time of year we turn our attention to the Edinburgh Festival and ...