Told in chapter form, this enjoyably-quirky second film from actor-turned-director Ulrich Thomsen plays out like a satirical odyssey of small town Southern American life and the culture clashes therein.

Edward (Ewen Bremner) is a German newcomer to the eponymous failing town who has something of an obsession for sausage because of what it means to his family history. Not long after arriving he is targeted by self-made cabaret impresario and ultra-conservative villain Jimmy Jerry Lee Jones Jr. (W. Earl Brown) who is desperate to ‘make Gutterbee great again’. Meanwhile, freshly-released prisoner and Jones’ former employee Mike (Antony Starr) finds himself caught in the middle. With shades of the Coen brothers’ more eccentric movies, it’s a film that slides between tones as it switches focus amongst the eclectic cast of characters. That anarchic approach doesn’t always work in the film’s favour; by far its strongest asset is Bremner’s eccentric sausage zealot and his presence is missed whenever the spotlight shines elsewhere. But there’s a definite distinct filmmaking style at play here and a backbone of pointed political satire about right-wing America and fear of the other. While it’s ultimately less than the sum its parts, it nevertheless shines with a soulful, idiosyncratic personality. 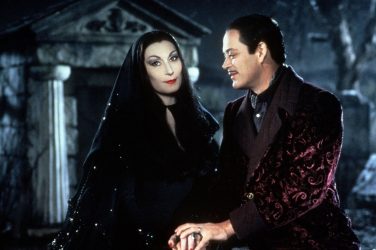 In my family, Halloween always was, and remains, a monstrous affair, our biggest celebration ...