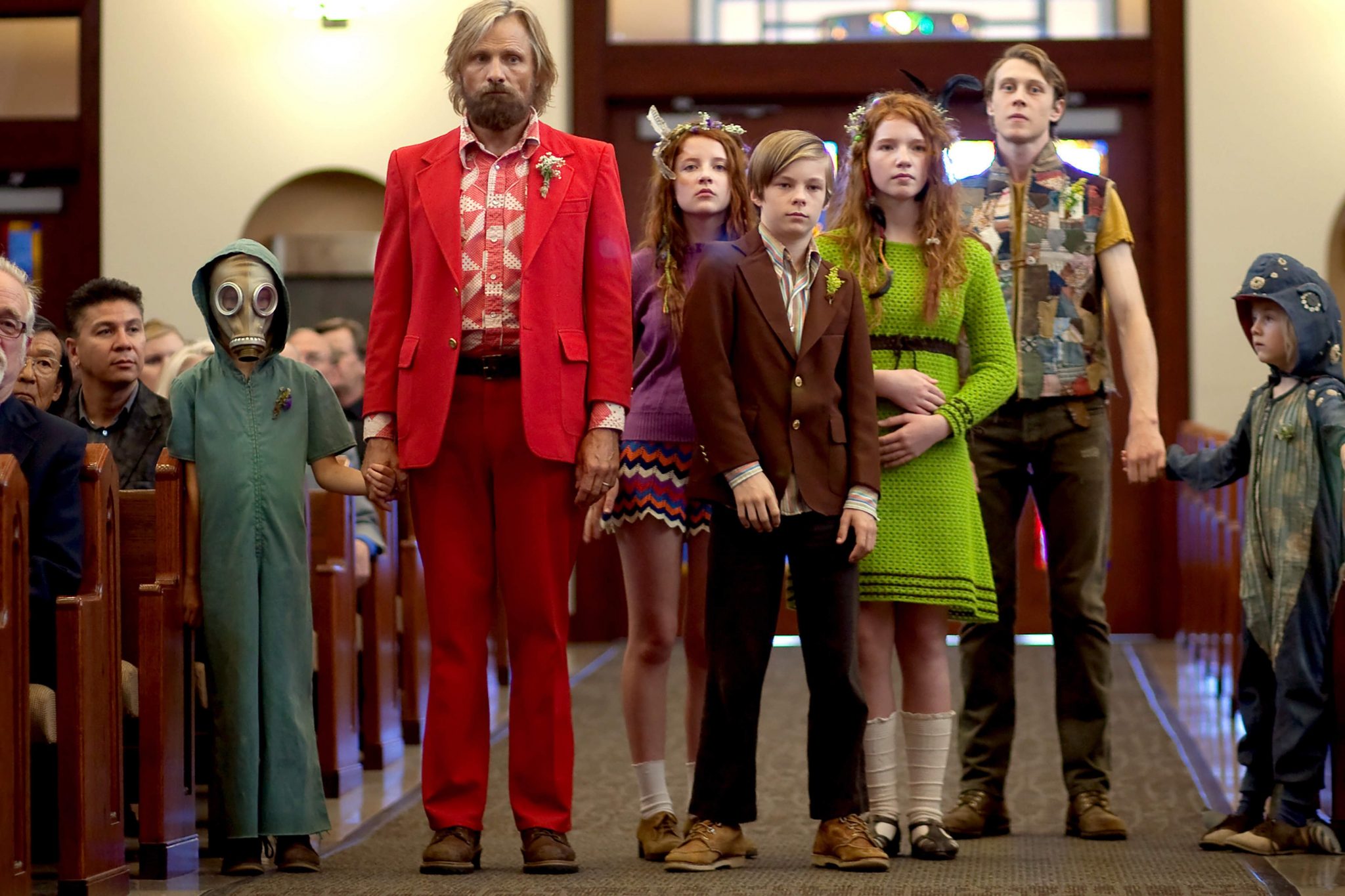 We here at SNACK know you’re probably climbing the walls being stuck inside all the time. So we wanted to give you some great hidden gems of films that will hopefully lift your spirits, make you think and transport you to places only movies can – everything from charming unlikely friendships to a celebration of all things heavy rock. So get ready to delve into these diverse stories right where you are. Ahhh, the wonders of streaming, eh?

Prepare to have your emotions well and truly worked with this equal parts delightful and heartbreaking black-and-white claymation. The late, great and much-missed Philip Seymour Hoffman voices the titular Max, a lonely man with Asperger’s struggling to cope in the bustling city of New York. One day he receives an unexpected letter all the way from Australia from a little girl named Mary and the two spark an unlikely pen pal friendship. We are lovingly-invited into the respective worlds of the eponymous characters, how each of their idiosyncrasies and coping rituals dictate their daily lives, inform their outlook on the world and how they compare and contrast with one another. The result is something truly special and a real balm in these troubled times. 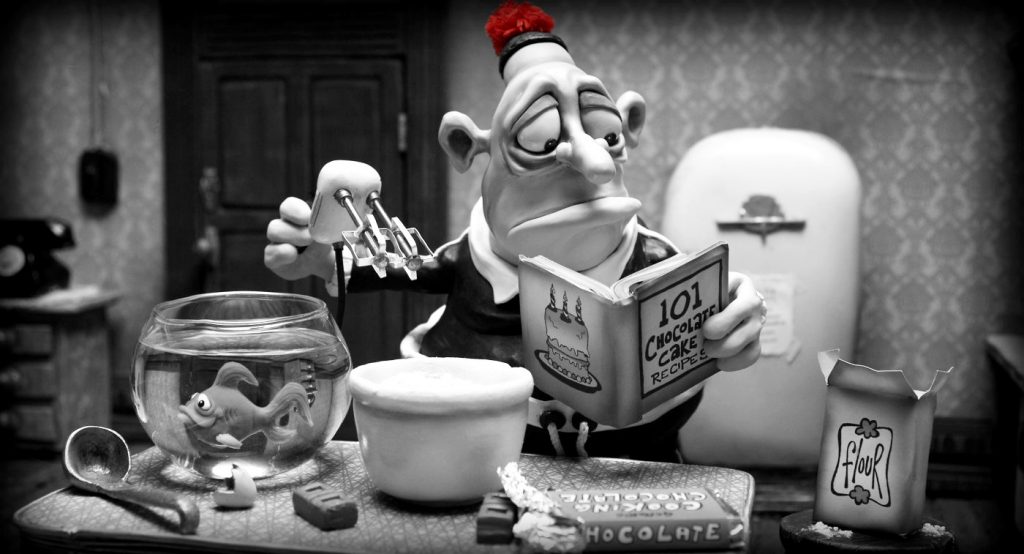 For those who like their time travel movies to chuck you into the mind-bending deep end then look no further. Ethan Hawke is excellent as the ‘temporal agent’ who accepts the final assignment of his career which takes him on a looping journey that interweaves his past with a future that may or may not be changeable. Along the way he meets a mysterious stranger (Sarah Snook). It’s heady sci-fi that has the courage of its convictions when it comes to the playful and perplexing time travel that it depicts – the very notions of past, present and future are putty in the film’s hands. But the fun of it is losing yourself in those mind-twisting ideas and coming out the other side pondering.

The great Harry Dean Stanton sadly passed away a few years ago at the ripe old age of 91. It’s hard to think of a more fitting swansong for the versatile and prolific actor (200+ roles across six decades) than this gently-moving, small-scale joy. It feels like no one else could have possibly played the role; a cantankerous nonagenarian atheist set in his ways, wandering around interacting with the various eclectic inhabitants of his small Southern town. Along the way he finds some fresh spiritual meaning to life. It’s not exactly eventful plot-wise, but sometimes the best films aren’t. Lucky is soulful, charming and moving, sneaking up on you with little nuggets of profound emotional truth that will send your heart away soaring.

Director Richard Linklater is best known for films like Boyhood and the Before trilogy. But nestled inside his filmography is this lovely, stranger than fiction story of one man’s devotion and subsequent downfall. Infusing the narrative with real life talking heads interviews, it tells the tale of Bernie Tiede (Jack Black), an upbeat and caring small-town Texas mortician who takes on the job of looking after wealthy widow Marjorie (Shirley MacLaine). But as she becomes ever more controlling, Bernie feels himself torn between his newfound lavish lifestyle and wanting to escape her needy grasp. Black leads an enjoyably quirky, morally ambiguous film in terrific fashion, showing his dramatic range by making you empathise with the character even when his behaviour spirals. 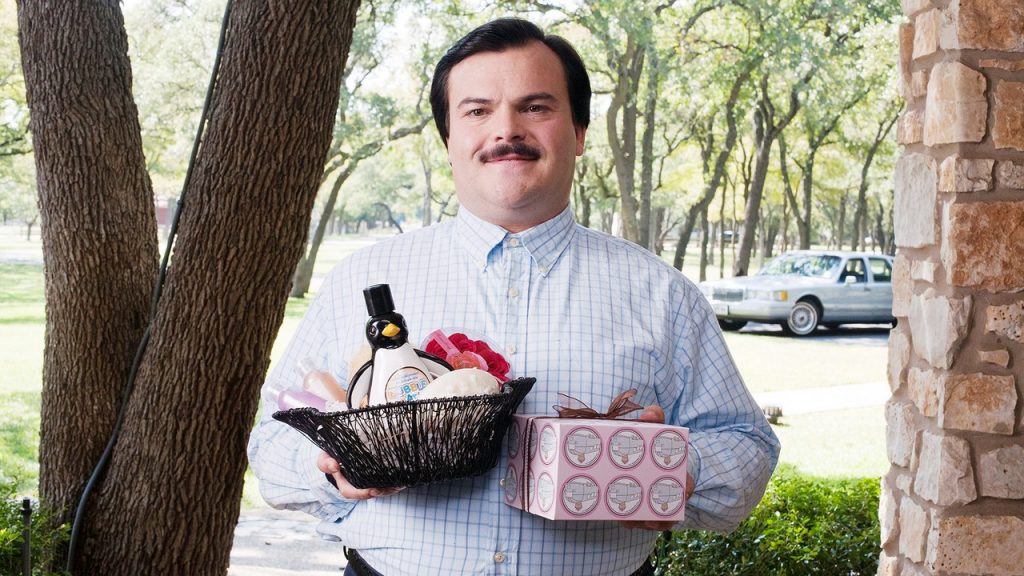 Pandemic movies have been on people’s mind as of late because, well, ya know. But this underseen Canadian gem from director Bruce McDonald brings something new to that table as it deals with a virus that turns people into babbling zombie versions of their former selves. When a group of workers at a winter-stricken radio station, led by charismatic DJ Grant (Stephen McHattie), start noticing strange noises coming across the airwaves, they must hunker down and figure out a way to survive. Darkly funny with more than a dose of surrealism, it makes for an unsettling, clever and uncomfortably-intimate experience that uses sound design in particular to get under your skin. One of the more unusual but enjoyable under-the-radar horrors so far this century.

Frank Langella stars in this soft sci-fi drama set in a very believable near future – think more electric cars and computerised amenities as part of everyday life than giant spaceships or alien planets. Langella plays an ageing former cat burglar whose son (James Marsden) buys him a robotic companion (voiced by Peter Sarsgaard) as a means to combat his loneliness. At first at odds over Frank being made to perform daily tasks he doesn’t really want to do, they grow to form a unique friendship as the two plan a burglary. The sci-fi is just a cloak to explore what’s going on underneath – a charming, poignant story of improbable companionship and getting older as the increasingly modern world passes you by.

Fabricating true stories and sources is the one of the biggest no-nos for any journalist. That subject is used as a spear to pierce the heart of the very industry itself in this often forgotten true life drama. Hayden Christensen is genuinely terrific as budding young journalist Stephen Glass who makes a name for himself at The New Republic magazine by writing increasingly astonishing stories. But as the scoops get more and more fantastical, his editors and fellow writers start smelling something fishy. It’s up there with All the President’s Men and Spotlight as an exhilarating look at journalism and the idea of objective truth, tightening the screws with a sweaty palms pace as the waters get deeper and deeper.

A suitably-fantastic Viggo Mortensen leads this sweet, thematically-complex comedy drama about a family that lives off the grid, free of the pressures and materialistic trappings of mainstream society. Mortensen’s principled father figure Ben raises his six children in the wilderness, teaching them to live off the land and by their own wits. But when the family’s mother passes away in hospital, Ben and his familial clan are forced to abandon their self-styled wilderness paradise. Actor-turned-writer-director Matt Ross crafts an entertaining adventure, beautifully depicting the nourishing joys the outdoor world can bring. But he also offers an emotionally-rich and rewarding look at parenthood and what it means to want to make a better life for your kids. 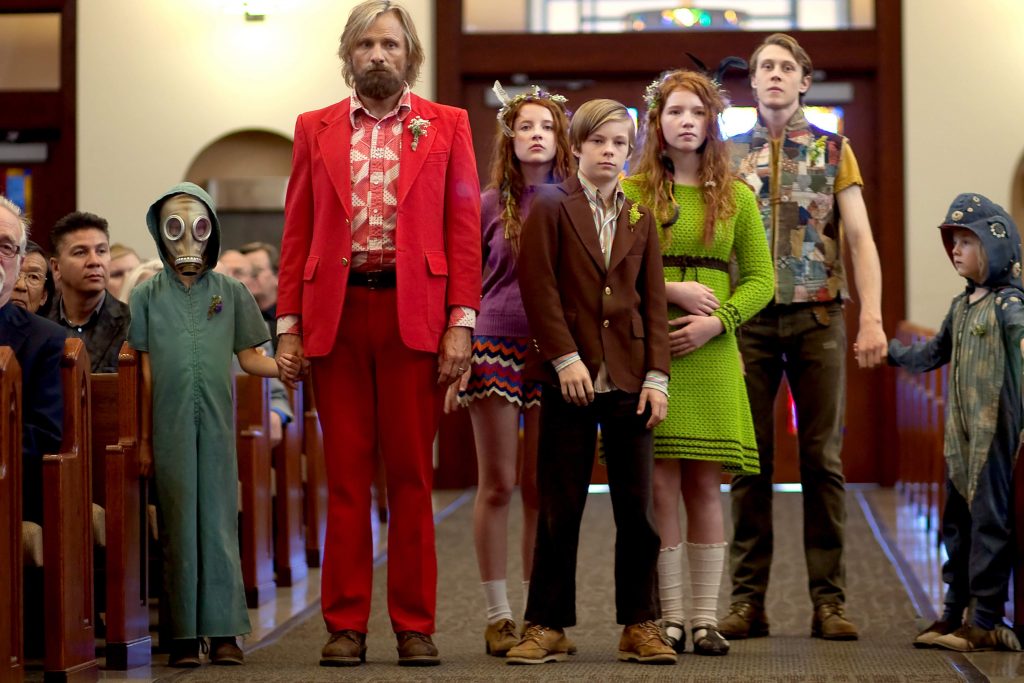 Behind The Mask: The Rise of Leslie Vernon

Horror fans should carve out time to watch this inspired mockumentary that examines the very rules and conventions of the slasher game. It cleverly takes place in a world in which the likes of Michael Myers, Jason Voorhees and Freddy Krueger actually exist and centres on the eponymous wannabe killer who holds them up as heroes while he trains to become a horror legend in his own right. The film’s brilliance is how it plays around with the very fundamental tropes of the genre; from the tragic backstory birthing evil incarnate to how the killer always seems to catch up to his running victim by walking slowly. It’s both an ingenious subversion and loving ode to that well-worn horror staple. 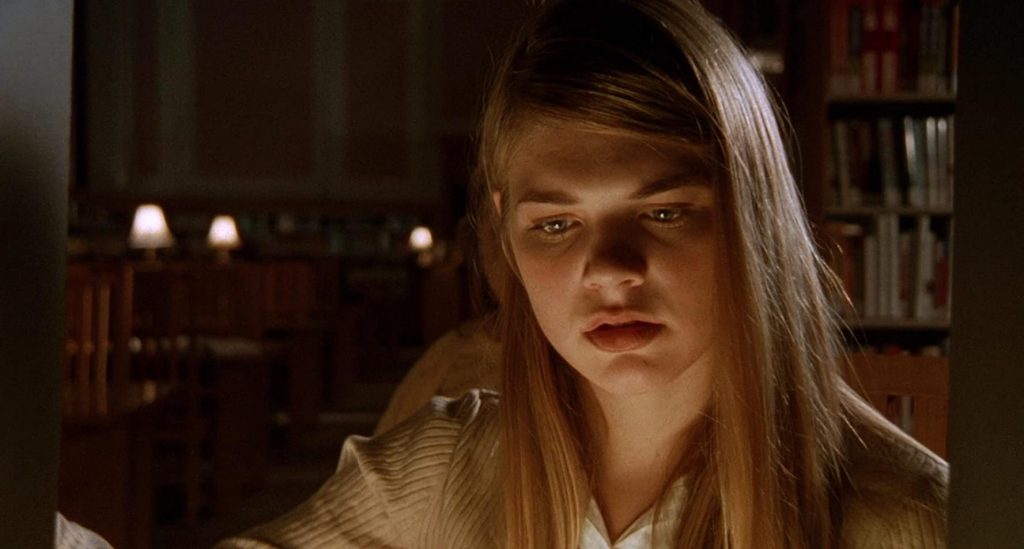 Short film director Kogonada makes a quite remarkable debut with this uncommonly-assured, subtle yet powerful drama. It charts the connection between a Korean-born man (John Cho) who arrives in the titular small Indiana town where his father is in a coma and a young woman (Haley Lu Richardson) who has chosen to stay and look after her recovering alcoholic mother instead of pursuing her own dreams. The drama is so delicate that you feel it could just blow away in the wind. But there’s a quiet, primal power to it as it explores everything from family expectations to impending loss to what it means to be a responsible adult. It’s a film that says a lot without making a fuss. 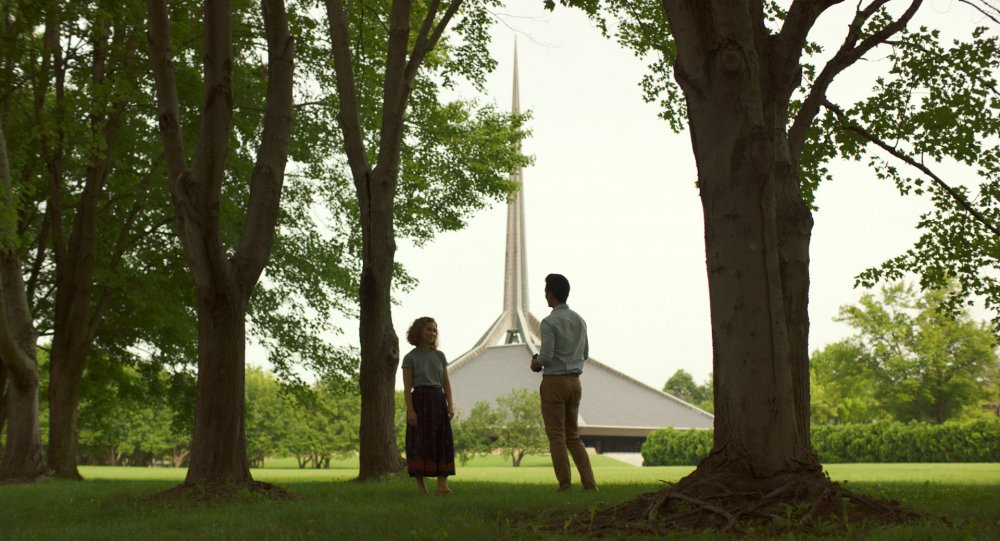 This affecting British drama packs a big emotional punch while tickling your funny bone. Relative newcomer Liv Hill puts in a star-making performance as charmingly abrasive 15-year-old Sarah who is the primary caregiver for her bipolar mother and young twin siblings living in the seaside town of Margate. One day her drama teacher decides to help her channel her ferocious energy and coarse opinions into stand-up comedy. The British kitchen sink drama is given a lively kick up the arse here, avoiding the pitfalls of so-called poverty porn while never forgetting the harshness that can plague people’s ordinary lives where money and opportunity are in short supply. Via Hill’s harsh yet unexpectedly tender performance, it finds the light shining through the cracks. 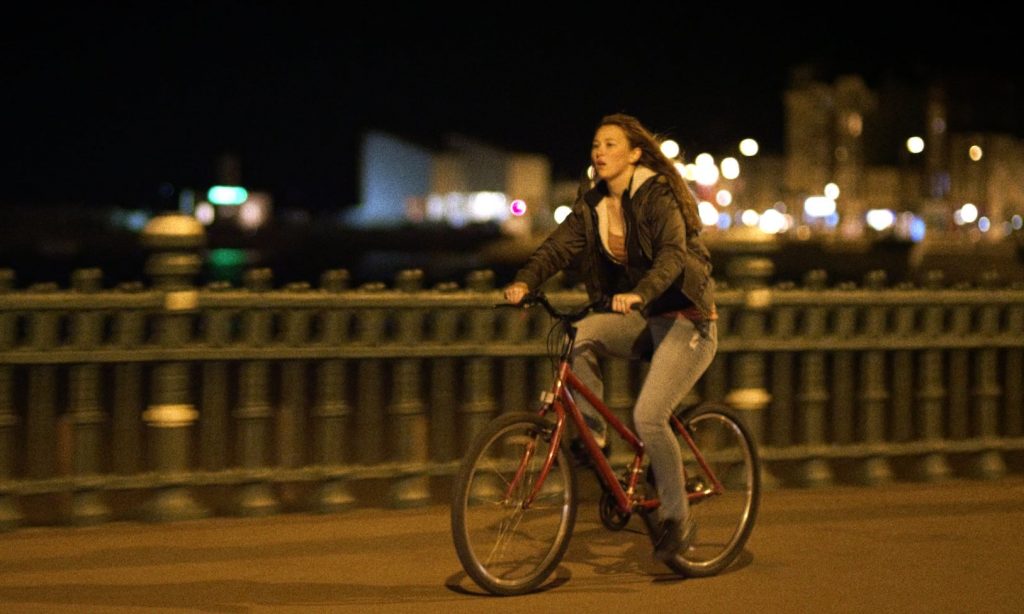 Anvil! The Story Of Anvil

Heavy metal fans will likely be familiar with ‘80s rockers Anvil, who everyone from Metallica to Slayer admits were big inspirations. But why exactly didn’t they find the same sort of fame and what became of them? This insightful, impassioned film chronicles just that as it follows lead singer and axeman Lips as he gets the band back together for their 13th album and a new European tour. It’s an absolute delight for anyone even remotely interested in rock music and the heady world it creates. But the real power of it comes in its portrayal of the ups and downs of friendship dragged through the burning desire to finally make it and how success is something that can unfairly elude those with clear raw talent.