Ten minutes into our conversation, Livia Kojo Alour shows me one of her swords. She’s a sword swallower, you see. She details the journey it makes through the oesophagus, past the heart, between the lungs and into the stomach. It’s just one of many details we cover as we chat about her new show, Black Sheep. From growing up in Germany, teaching yoga in Thailand, moving to London, and working across theatre, cabaret, circus, and dance, Livia’s career has been diverse, surprising, and fascinating, and it sounds like Black Sheep will be the same.

Tell me about the show. How much of it is autobiographical?

The story is 100% autobiographical. I grew up in Germany; I was the only Black girl in my neighbourhood, in my school, and I was queer. The first time I saw somebody like me was when I moved to England, well into my 30s. So it was quite traumatic, and I didn’t know it was rooted in racism because I was never educated about it. I grew up thinking there was something wrong with me – and this is what the show is about.

I will say it’s an autobiographical story of a woman finding love. It’s about losing my parents, navigating through adolescence, learning about and unlearning institutional racism, but also understanding feelings and why I navigated through relationships the way I did. So it’s about finding self-love, but also romantic love.

I’ve factored in spoken word poetry, live singing, physical theatre, and there are a couple of burlesque elements in the show. They’re not striptease, but I use fans, for example, because I have a long career of burlesque, which I find important to weave into my story. I also do some roller-skating in it!

How do you go about making a show like this?

It was a really interesting process of learning by doing. I wrote everything down, and I thought the show was going to be like a TED talk with performances. But once I’d edited everything I just realised I’d written a whole bunch of spoken word pieces.

When we had a rough skeleton script, I got a director on board as my artistic mentor. I think next time I’ll probably just follow my original cabaret and circus way of working – oh, I have an idea, let’s go into a studio, see what happens and then write it all down.

You’ve mentioned a lot of different things, like circus, dance, cabaret. What’s the benefit of being an interdisciplinary artist?

Sometimes I feel there is no benefit because it’s very confusing to people! It would be more beneficial to just do one thing and do that very well. But I think that was never me. I’m mixed race, mixed heritage: my father was Black and my mum was white, and I got adopted when I was really young, so I got taken out of the context where I was born and grew up in a completely white setting. I always searched for identity, and I think that translates into my work. And now I’ve done it for so long that this is my… I don’t want to say ‘spiel’, because it’s more than a shtick. It’s identity.

So the benefit is there’s a group of people who will be very attracted to my work because they have a similar background. They also don’t find people who are like them. Because I talk a lot about racism in my work, it’s always people who are like me, who I could never find when I was younger, who see my work and go like ‘Oh, yeah, I get it.’ And then there’s this other group who think my work was made for them to be educated. [laughs]

Is that something you rally against, or is it just a by-product of the work you’re making?

No, I think it’s good, because if people walk out of my show and they feel inspired to do better, that makes me happy. But you know, I work in theatre. I’ve spent most of my life as a cabaret and circus performer, where I’d perform for 90% white people. So sometimes it’s hard if you want to say, ‘I made this for my people, for a diverse audience,’ and they’re just not in the room. In general, it’s difficult to reach my people, and then also the definition of ‘my people’ as a mixed-heritage Black person is quite hard to define. I’m happy for everybody to learn something, but Black Sheep is an autobiographical story about finding love and not an educational piece for white people! I have to navigate through this, but at the end of the day, I want everybody to see it. 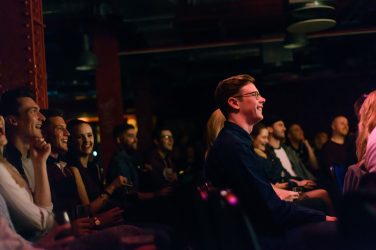 The last couple of years have been tough for live entertainment, to say the ... 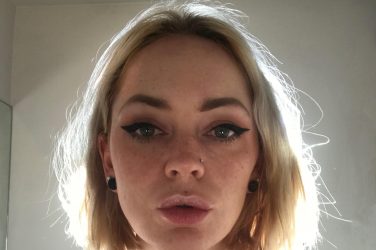 When Elle Nash’s debut novella, Animals Eat Each Other, was published in 2019, it ...