What's On in Scotland. Arts, culture and things to do in Glasgow, Paisley, Edinburgh and Dundee. 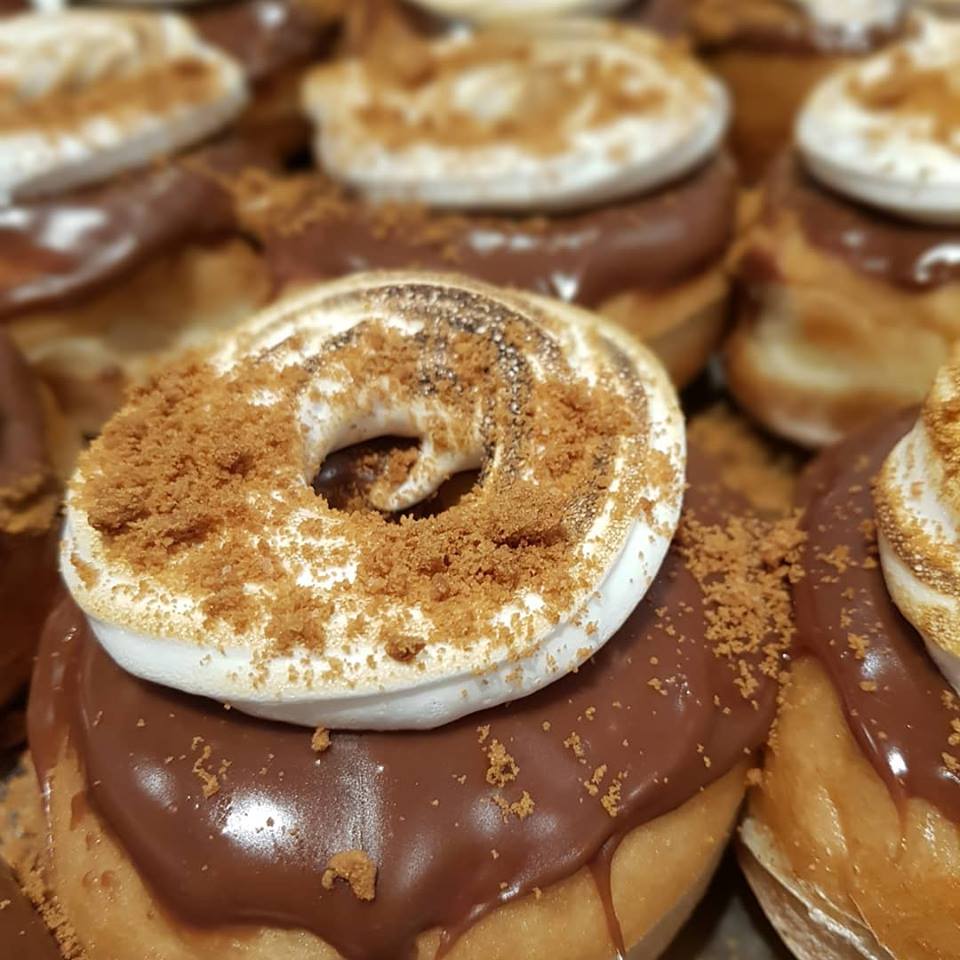 If you believe the headlines, then setting up a vegan business is the entrepreneurial dream for 2019. CB Insights reports that at least seven of the 15 highest global funded food and beverage start-ups are plant-based. Vegan cheese is estimated to be worth a whopping £3.2 billion globally by 2024*, and vegan meat sales are predicted to reach £4.2 billion by 2020. How the markets reacted to the Beyond Meat IPO, with its record breaking 163% growth, shows it’s not just vegans paying attention; vegan businesses appear to be the golden ticket.

There are over 100 vegan businesses in Scotland now. But what is it actually like to set up your own plant-based business here? I chatted to two of my favourite Edinburgh entrepreneurs, Claire from Considerit and Lucy from Lucky Cloud Skincare, to find out.

L: What first inspired you to set up your business?

LC: Ugh, my skin. Skin that was eczema prone, itchy, dry, sore, red and sometimes bleeding. I was constantly reliant on steroid ointments and fighting with flare-ups from synthetic moisturisers and fragrances.

C: I’d always wanted to have my own business. Both my parents are chefs and I was interested in food. After school I considered going into the food industry, but knowing how difficult it was, my parents discouraged me (in the nicest way). As well as food, I was in love with sport, so I decided to study that at university. Unfortunately, in my 3rd year of study I hurt my knee – a nasty injury which would require numerous operations and a lot of recovery time.

I graduated and went back to working at Henderson’s of Edinburgh, but it became quite clear I wouldn’t be able to do 8-hour shifts, 5 days a week. I realised if I had my own business, I would be able to decide how long I worked for, and take time off for my operations. I guess you could say it was a bit of both necessity and me being passionate about food.

L: When did you first set up? What were you doing before?

LC: I officially launched the brand in 2015 after years (?!) of research and development.
At the time I was working for an events company. I stayed in that job for the first year after launching, and then in 2016, I was made redundant.

C: I started the business in 2012. It was just me at the beginning, and initially I focussed solely on chocolate. Our first name was Considerit Chocolate.

L: How did you go about starting up?

LC: It was a slow process, and to be honest, I wasn’t planning on setting up a business. It grew organically from my kitchen. It was really just me mucking about with basic recipes, which then sparked a passion. I started to educate myself and undertake short courses. After a while it dawned on me that I was in the early stages of starting a skincare company!

C: Although I had worked at a restaurant, I had absolutely no idea about chocolate. I began reading books and watching tutorials on YouTube. I started out in a tiny utility room at my mum’s house; it was literally no more than 2m x 2m. At first, I was only selling to friends and family. I used my wages to buy some second-hand equipment and moulds, and then I started trading at markets.

L: Any achievements or moments that you are proud of?

LC: Sometimes I have to pinch myself, because I actually get to do this for a living! That still feels like a massive achievement. But to be honest, any time I get wonderful feedback from strangers who tell me my products are helping their skin, or just how much they love a particular product, my heart swells.

C: I think getting the place where we are now open is a massive achievement. It was an old fish and chip shop, so it needed completely gutting. Also, my dad joining me as an equal partner has been the best thing for the business. He has so much experience in the catering industry, so between us it really works. I feel I’m very lucky to get to work alongside him.

L: Did you get funding when you started?

LC: Nope, no funding. I used my salary and savings to put back into the business. Perhaps I could grow faster if I was to look into funding? *adds to to-do-list*

C: At the beginning I went to some meetings with the Princes Trust business programme. They had some helpful workshops, and I managed to get a ‘test the market’ grant which helped towards buying equipment. Other than that, we’ve pretty much done it all on our own with the help of family. We’re going to get in touch with Business Gateway to get some advice on what our next steps might be. There are grants and support out there to help businesses, but I’ve found that not all the information is easy to access.

L: Did you face any barriers to setting up a vegan company?

LC: No barriers. While there can be a lot of animal derived ingredients in cosmetics, I don’t think people are aware of it as much as they are with food. So while some customers are seeking out vegan specific skincare, others might just be looking for a more natural alternative.

C: People couldn’t understand why I’d chosen to make everything vegan. That was back in 2012, so veganism certainly wasn’t what it is now. Quite a lot of people thought it wouldn’t work. To be honest, I think we started just at the right time.

L: You have both been in business a few years now. Have you noticed any changes in perceptions?

C: Things are definitely changing. Veganism is huge news these days – all the mainstream restaurants and supermarkets are making a big effort to make vegan products. But there are still some people who refuse to try anything vegan. They automatically think it won’t taste nice, and they don’t understand how it’s possible to make things like doughnuts and ice cream without milk, eggs, and butter. We find it hard to balance letting people know we are a totally plant-based business without putting the less open-minded people off. We don’t serve any dairy milk in our café, and I’d say in the last year and a half there’s only been a handful of people who have walked out because they couldn’t have dairy milk. Quite a few of our customers aren’t vegan; they just like our products.

L: How is the global shift towards veganism affecting you?

LC: Positively, for sure! There’s so much more interest and awareness in not just vegan skincare, but natural skincare across the board. There are so many incredible plant-based alternatives that really, really work, so why not harness them? The smells, the colours, the therapeutic benefits, the list goes on. Gone are the days that ‘natural’ or ‘vegan’ meant homemade products which only last a few days or come in naff packaging.

L: What’s your favourite thing about having a vegan business?

C: I love the fact that we can make everything we do without causing animals harm. We also like the challenge; we get people coming in asking if we can make non-vegan items vegan – things like Creme Eggs.

I had wanted to make macarons for ages, but even the non-vegan ones can be difficult. Vegan macarons are one of the most temperamental things I have ever made – it was a challenge, but I like that. You have to think outside the box sometimes and do a lot of research, but when it works it’s great.

L: Would you have any advice for future vegan entrepreneurs?

C: Do your research – be as unique as you can.
Social media – it really makes a difference. It’s not my favourite thing to do and I need to get better at it, but it’s crazy how many people come into our shop from all over the world and tell us they follow our social media pages.
Get friends and family to help – even if it’s just with moral support, or trying your products and giving feedback.

LC:
Determination – starting any business takes hard work, so you’ve got to be determined.
Positivity – there are going to be ups and downs. Remain positive as much as you can, while also allowing yourself to rest when things feel overwhelming.
Patience – things don’t happen overnight, especially when it comes to skincare formulation. But if you keep working and celebrate your wins, you’ll get there!

Lucky Cloud Skincare can be found across Scotland and beyond. Check out their stockists online at www.luckycloudskincare.com or find them on Instagram @lucky.cloud 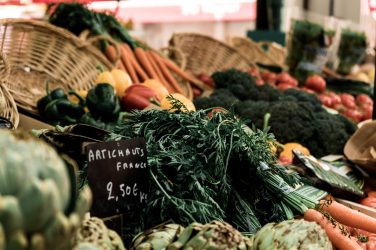 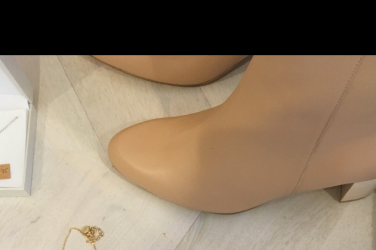 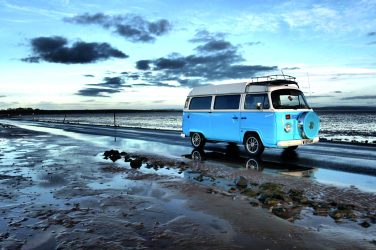 Enter your email to receive our weekly guide to the best events in Scotland.

Plus, be the first to see our digital editions.

This website uses cookies. We'll assume you're ok with this, but you can opt-out if you wish.Accept Reject Read More
Necessary Always Enabled