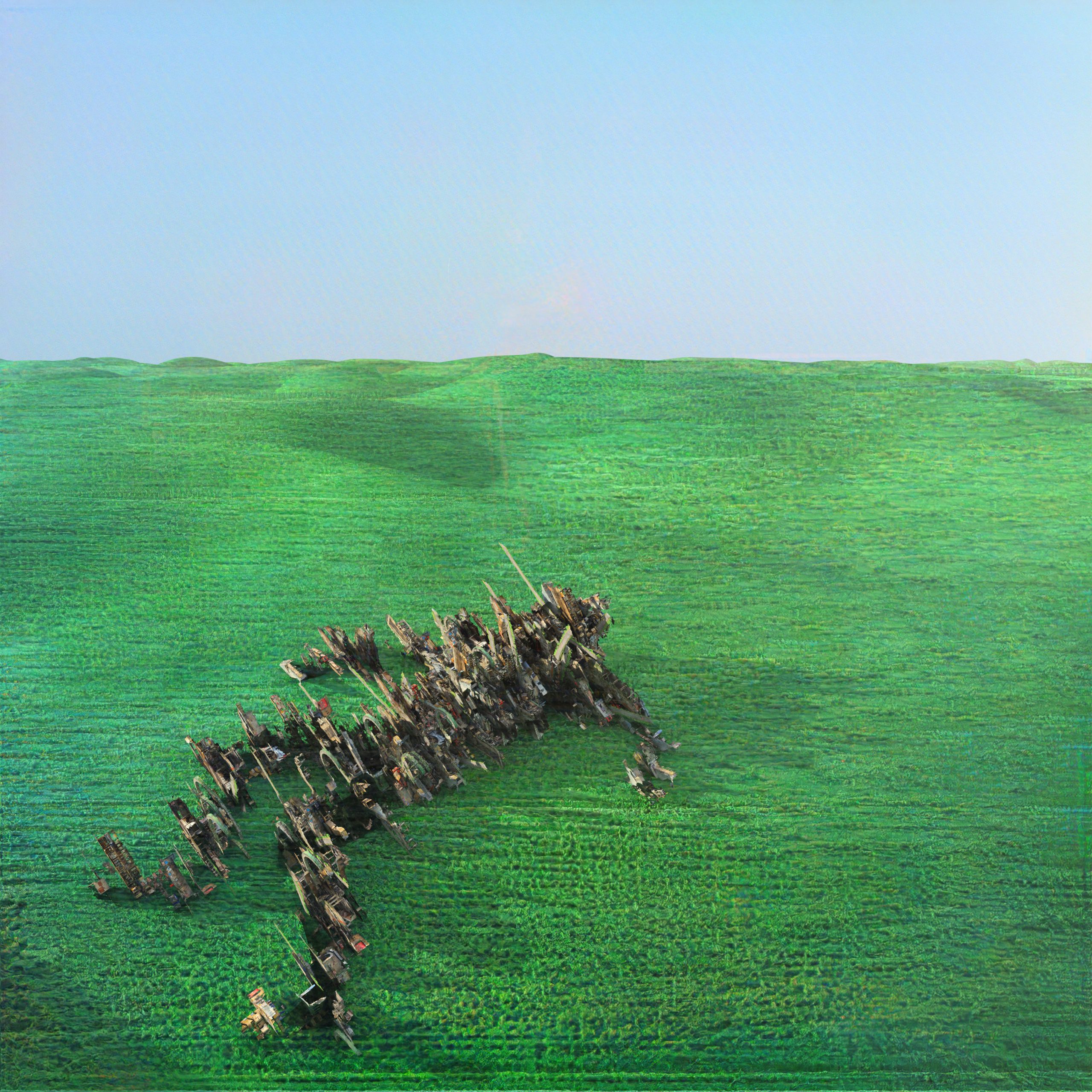 Squid have caught the eyes and ears with singles and an EP, but a debut album is the time for bands to stand up and show their hand. Bright Green Field doesn’t deliver the fresh and breezy slice of summer pop that the title might suggest, but it’s a record of intensity and anger.

As you’d expect from a band that believes in the power of collective, there is a great deal going on. You aren’t going to connect with every trick or idea at first; some might pass you by forever. But there should be enough to keep you entertained and intrigued.

There are times when the vocals cut through in such a sneering and jarring manner that your mind will instantly flicker through recollections of great vocalists and bands from yesteryear. You could spend days unpicking the influences and similarities in Squid’s music, or you could also get over yourself and enjoy the record for what it is.

‘Paddling’ is a jabbing and incessant number, feeling nothing like it’s six-minute run time. The driving rhythm doesn’t allow much room for air, so allow yourself to be swept along. There’s a few plodding moments that might bring you down, but by the time of closer ‘Pamphlets’, you should be fired up and ready to let loose.

There’s a lot of bad words used to describe the music of Squid, such as jazz, funk and grooves, but forget all that. Bright Green Field is a hugely captivating collection that always finds it own path, even in unconventional ways. It’s challenging, but you don’t need everything handed to you on a plate; you’re not in the dinner hall anymore.

Bright Green Field is released on 7th May on Warp Records