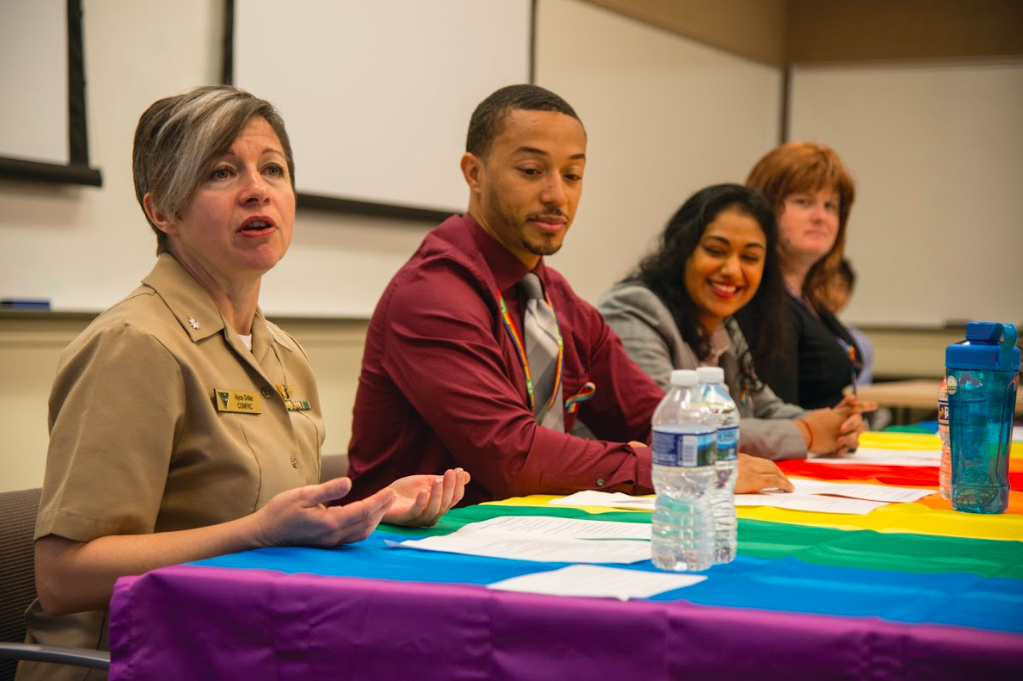 Coming out is an interesting process, to say the least: largely because you never have one official coming out. Instead, LGBT+ people find themselves coming out every day, and while the act itself may (hopefully) become easier, living with authenticity and pride is always something to be admired. In 2015, more than six out of ten LGBT respondents in Scotland revealed they ‘never’ or only ‘sometimes’ feel able to be open about their sexual orientation or gender identity at work (60%) or when accessing services (71%). Whether your coming out journey was smooth sailing, awkward or frightening, surviving the act of sharing our LGBT+ identities should always be worn as a badge of honour. Thursday 11th October marks National Coming Out Day, with 2018 marking thirty years of the official celebration.

There is, of course, no one way or reason to come out. It is a journey no one can make but you, and there should never be a pressure to reveal anything about yourself before you are ready. Take it from someone who did so when he was 22, which felt like old age then and almost neonatal in hindsight. If you’re not yet out yourself, and are thinking about it, there are many different ways to come out: perhaps speaking to a trusted friend first, like I did, and slowly informing those most important to you in your own time. There’s no right or wrong, and you should always find a way that feels right for you. For those in need of a little support, Stonewall offers great resources on coming out on their website.

National Coming Out Day is a better time than ever to reflect on the power of our identities, and what you can do to help make the lives of all lesbian, gay, bi and trans people that bit better. Why not take this year’s Coming Out Day to educate yourself on an aspect of LGBT+ identity with which you are not too familiar? For example, 26th October marks National Intersex Day, a day dedicated to educating the world about and celebrating the intersex community, and upon reflection I realised I don’t actually know a whole lot about the experience of intersex people.

Intersex is a general term used for a variety of circumstances in which a person is born with a reproductive or sexual anatomy that doesn’t seem to fit the typical definitions of female or male. In other words, there is a variation in their chromosomes, gonads or genitalia. For example, a person might be born appearing to be a cisgender female on the outside, but having mostly male-typical anatomy on the inside. Anything that veers from the typical, seemingly fixed set up of cisgender anatomies falls out of the gender binary and into an intersex identity.And being born with a blend of female and male characteristics is not as uncommon as you might believe: worldwide, up to 1.7% of people have intersex traits, roughly the same proportion of the population who have red hair, according to the Office of the United Nations High Commissioner for Human Rights. Yet intersex people face scrutiny and barriers one would not immediately suspect. Unnecessary surgery, or procedures done in order to “correct” and conform, is often performed without support from a therapist to process the experience or someone to discuss the repercussions of such invasive surgery. According to a statement in the 2015 Scottish LGBT Equality Report fro an intersex respondent, “There’s still awkwardness and sometimes outright hostility, plus a lot of heterocentrism, from people working within the NHS.” And that is excluding the social stigma so many still enforce on intersex people, from thoughtless insensitivities to social derision.

So in light of National Coming Out Day, and upon reflection of my own coming out over five years ago, I look back on a life that didn’t feel fully lived or realised until I decided to be bold. And as I have developed as a person and experienced life as an LGBT+ person, I am aware not only of what progress our community has made but of the privilege I have in comparison to others. In the 2015 Equality Report, transgender respondents generally reported facing greater levels of prejudice, discrimination and disadvantage than LGB respondents, while black and minority ethnic LGBT respondents highlighted particular issues that they faced including multiple discrimination, cultural prejudice and underrepresentation in public life. Coming Out Day might not warrant a gargantuan party with cake (though that does sound appealing…), take time in your day on the 11th to reflect on what your community has done for you and how you can return the favour. 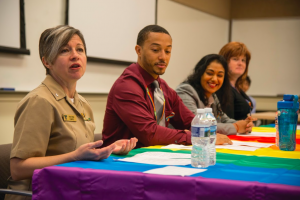