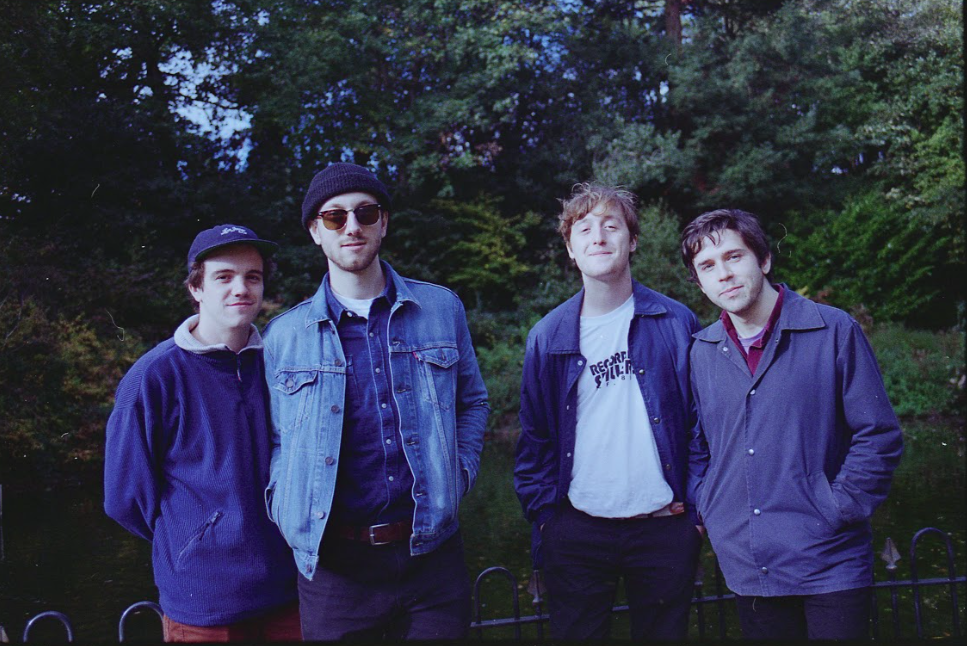 We caught up with Davey Newington for a quick chat before their gig at King Tut’s on 11th October.

Where in the world are you just now?

In my kitchen in Cardiff. We’re doing a gig in Cardiff tonight, a private thing for PRS, The Future of The Left are playing too so we’re really happy about that.

Do you get to play in Cardiff much these days?

Not as much as we used to, I kind of spent most of my teenage years and early 20’s playing Cardiff a lot but we try and do 3 gigs a year here, just keep it a little more of an event when we do play.

Yeah, I’ve played there a couple of times, I played drums there about five years ago with my old band, that was really fun. I think King Tut’s is one of those venues that’s just got a really good reputation and of course they’ve got all the steps with all the artists that have passed through there. We played earlier this year supporting The Magic Gang too. It’s quite an unusual layout in the venue, with the stage tucked round the corner but I think that just makes it more intimate.

We’ve a bit of a connection with Scotland, my mother is from Edinburgh, my cousin Chris is the singer in Man of Moon. When we were growing up we used to watch The Little Rascals movie at my gran’s house in Edinburgh together, the word Azooga comes from there. Man of Moon are one of my favorite bands and we’re taking them on tour with us. They’ll be DJing after the King Tut’s gig cause it would be weird if they supported us in Scotland. We’ve always said we’d make a record together, it hasn’t happened yet but I’m sure it will. 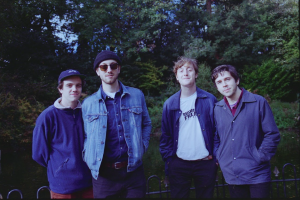 You played Jools Holland earlier in the year, what was that like?

Yeah, it was the most nerve-racking thing we’ve ever done. It was so much fun though, we just tried to enjoy it. Looking back the mix wasn’t amazing and I didn’t play as well… and all this stuff, but it was such an honour to play. I had this weird thing in my head, that there was nothing that could be stopping me now, that I would just put my guitar down and walk off.

EVEN IF JUST A FEW PEOPLE HAVE HEARD THE TUNES IT COMPLETELY TRANSFORMS THE GIG.  WE’RE REALLY GRATEFUL TO EVERYONE WHO’S BEEN PLAYING  OUR TUNES.

The band has had loads of radio play all summer, do you still get a buzz from that?

We’ve been very lucky with that, I’ve been playing in bands for years and I think I underestimated how much radio can help. We’ve travelled really far to places to play and there has been no-one there, that whole thing. Even if just a few people have heard the tunes it completely transforms the gig. We’re really grateful to everyone who’s been playing our tunes. We’re really lucky that Huw Stephens has been a huge champion of the band and I really doubt that we would have got Radio 1 play without people like him supporting us.

Is the next album underway yet?

Yeah, I’m writing all the time, making sure it’s getting done and avoiding the difficult album syndrome.
I want to make as many records as I can. It’s a bit weird now because when I made the first record I was drumming in the other band, and when we were writing it wasn’t until the very last stage that it crossed my mind that people would be hearing it. We were genuinely making it for ourselves, trying to excite each other. Now when I think there might be people listening to it, I need to turn off the voices that are telling me stuff I guess. It’s really important to me that when I’m making something then I’m making something that turns me on. 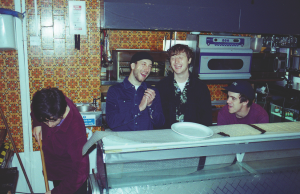 Interview: Ghostpoet talks about his latest album ‘I Grow Tired But Dare Not Fall Asleep’

Resisting the temptation to sugarcoat the world around us, London-based artist Ghostpoet continues to ...

SNACK caught up with Scottish trance artist Will Atkinson on the very day that ...