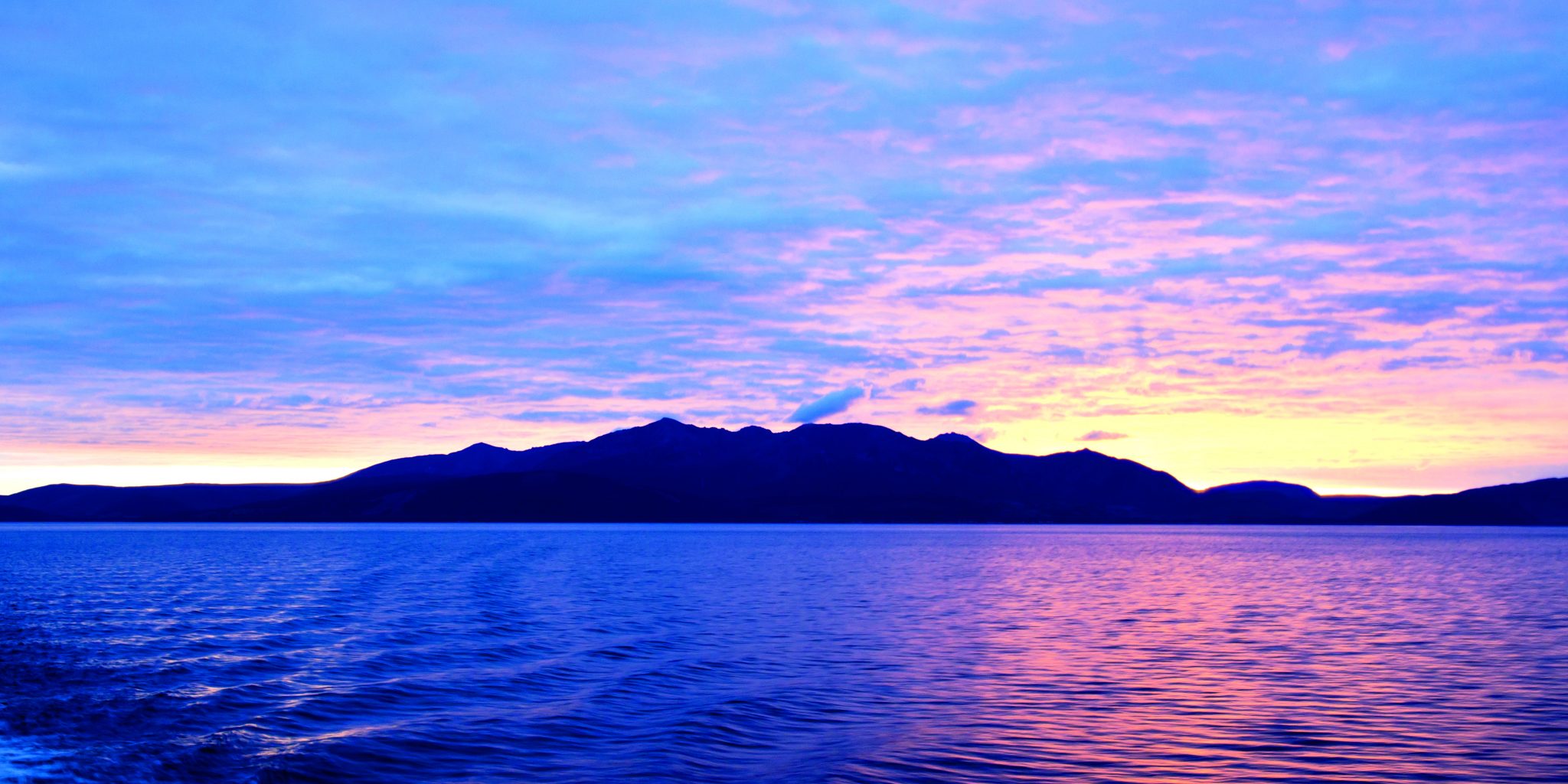 With international travel firmly off the table due to the COVID-19 pandemic, might we see the day where taking our main holiday at home in Scotland is the norm again?

We look at some of what’s on our doorstep – for future plans and dreaming, of course.

For this blog we’re looking west. Next time we’ll be exploring from Edinburgh, up the east coast.

Use Glasgow as your jump off point.

Glasgow may be the largest city in Scotland but it’s not far from some pretty amazing scenery that is easily reached without a car. In under an hour, from the city centre, you can be at Loch Lomond, slightly over an hour and you can be at the geological start of the Highlands and in just under two hours you can be in Rothesay on the Isle of Bute.

Loch Lomond is the biggest lake in Great Britain by surface area, and second largest by volume (after Loch Ness, which is so deep it can hide monsters apparently!) and the southern shores are so easy to reach, being a mere 47 minutes by train from Queen Street station, or less if you’re in the west end. Just hop on a train to Balloch – they’re usually every 30 mins.

Tourist Info is directly across the road from the station and on the nearby water’s edge you can take a boat ride with Sweeney’s Cruises. There’s a choice of tours from 50 mins up to 2 hours and a waterbus (May to Sept only) to picturesque conservation village of Luss, home of the fictional village of ‘Glendarroch’ from the old STV soap ‘Take the high road’. There are a number of places to eat, including the Coach House Coffee Shop and The Village Rest. Luss Smokehouse also have a shop here. If you’re visiting out-of-season Garelochhead Coaches service 302 or 305 run between Luss and Balloch.

Balloch is also home to the only country park on the loch shores. Open daily, the park covers 200 acres which includes a castle, walled gardens, nature trails and views over the loch.
The Tullie Inn and Innkeeper’s Lodge are worth at look for food and accommodation.

The little bay at Balmaha is filled with boats and the West Highland Way passes by. If you’d like to see one of the most scenic sections of this famous walk then a quick stop into St Mocha Coffee Shop for a sugar and caffeine boost is a good idea before taking the hike up Conic Hill, it’s quite steep but not too arduous – the first section from Balmaha is through forest, then there’s a stepped section and then an uphill walk.

Take an additional scramble up the hill proper for great views over the loch. Once you’ve made the ascent come back down and you’re now deserving of food in the Oak Tree Inn. It’s reported that their fireplace is even bigger than the Drovers (more info on that soon) and this welcoming family-run business don’t scrimp on portions. If the weather’s good they have a beer garden and you can spend the night here and it’s pretty affordable.

If you want to do a bit of the West Highland Way that is less uphill the section running north from here goes along the loch shore and is mostly flat but there are a few scrambly bits. The Rowardennen Hotel is 7 miles (2.5 hours) away, does reliable food and has a beer garden.

For cheaper digs Rowardennen Youth Hostel is an extra 10 – 15 minute walk. If you’re spending the night it’s possible to walk to the top of Ben Lomond, the highest point over Loch Lomond and Scotland’s most southerly Munro, from here. At just under 1,000 metres there are two routes to reach the summit, both under 4 miles taking around 2 hours each way.

From the pier between the hotel and hostel you can catch a water ferry back to Luss or travel onwards to Tarbet (always check the timetable in advance especially outside of tourist season).

Loch Lomond and beyond

Citylink buses to Oban, Fort William, Portree and Uig all travel the western shore of Loch Lomond, so you can reach Inverbeg, Tarbet, Ardlui and Inverarnan where you’ll find the famous Drovers Inn, reported to be haunted with a lively, welcoming bar with real fire and stuffed bear at the entrance!

Take the 50-minute train ride from Glasgow Central to the beautiful Victorian Wemyys (pronounced ‘Weems’) Bay station and take the ferry over to Rothesay (pronounced ‘Ross-ay’). The ferry only takes 35 minutes and look out for the toilets at the pier as these are no ordinary loos and are in fact some of the finest toilets in all of Britain, well, the gents are anyway. You do need to pay 40p but it’s worth every penny whether you need to spend one or not!

Nearby is Rothesay castle, built in the 13th century this is an unusual style for a Scottish castle as it’s round and on a moat! Now a ruin, parts have been restored and are well-maintained. No student concessions though.

Just behind the castle is Bute museum, it only has two rooms, one about local history and the other for local wildlife and plants, but both are full of exhibits.

If you have a sweet tooth look out for Helmi’s, a wonderful patisserie run by a Syrian family.

From May until the end of September City Sightseeing Bute run open air buses stopping at Rothesay, Port Bannatyne, Ettrick Bay, Scalpsie Bay, Kingarth, Mount Stuart and Ascog. Arrive out of season and you can still travel around the island on a number of West Coast Motors bus services.

See the shipwreck at Ettrick Bay, Scalpsie Bay, with views toward Arran, you may find a colony of seals here! Alight at Kingarth for the ruins of St.Blane’s and Kilchattan Bay, Mount Stuart, the historic Victorian building with visitor centre, gallery and tours. Ascog for the Victorian Fernery botanical gardens.

Cycling around the tiny island of “Great” Cumbrae is a rite of passage for many Glaswegians (though Mr Foodie has never done it, shame on him). Most people refer to the island as “Millport” after the only town on the island, where you can hire bikes from a choice of places, or bring your own over on the ferry. Or, alternatively you can now hire electric mopeds for £10 an hour and no licence is needed!

The easiest way to get there is the train to Largs, which terminates close by to the ferry terminal. For the less energetic if you take the ferry as a foot passenger the 320 bus will meet you at the other side, and it only takes 10 minutes between town and ferry terminal.

People travel from all over the world to see Crocodile Rock (they don’t really) which is probably the silliest thing to photograph, or get a selfie with, on the island. Before you go it’s worth coming off the main street to see the tiny Cathedral of the Isles.

The Ritz Café is a classic timewarp of a place to stop for a light refreshment.
The only good kind of midge is a dancing one and The Dancing Midge is known for providing tasty, affordable grub.

Affectionately referred to as “Scotland in miniature” because it has everything a tourist would expect – castles, a whisky distillery, a brewery, mountains, golf courses, quaint villages, standing stones and all within easy reach as a bus service runs around the island. Buy a Stagecoach Dayrider or Megarider ticket to get full use of the service while you are there.

If you’re being healthy and environmental the coastal road provides plenty of ups and downs with great views along the way. It will take around 6 hours to cycle around the entire island (55 miles) and it’s absolutely free to bring your bike on the ferry if you’re a foot passenger.

Get the train to Ardrossan harbour which is just a short walk to the ferry terminal and rather than buying separate tickets get the combined train and ferry ticket to Brodick, the island’s main town. An off-peak day return from Glasgow is only £16.80 and an open return is £22.90. From Edinburgh, it’s £31.60 and £46.10 respectively.

If you’re hungry when you get there look for Little Rock Café, near to the ferry terminal. This dog-friendly cafe looks out onto the water and serves up healthy portions. Typical items include soup, panini, wraps and nachos.

Spending the night? Brodick Bunkhouse provide cheap lodgings nearby, where all bunks come with a USB socket and there’s a honesty kitchen with snacks and drinks.

Arran Heritage museum towards the north of the town has a bus stop so stop by to learn about Arran’s social history, archaeology and geology. Entry is only £4.

Goat Fell, the highest point on Arran and a Corbett at 874m, can be reached from the Cladach Centre, just north of Brodick. The walk is 6.5 miles and will take 4 – 6 hours. There’s a bus stop at the Cladach where you will find businesses such as Arran Brewery and The Wineport restaurant. The next bus stop along is Brodick Castle.

Travel north along the coastal road to Corrie to eat at the Mara fish bar. Sustainable Scottish seafood with a twist – mackerel mac n cheese, mussels with sauerkraut, ling with kimchi, Cajun fish tacos etc. All served takeaway style but you can sit in. Dog-friendly. No booking required but closed Mondays.

If travelling south to Whiting Bay look for the looping path to see the double cascade of the Glenashdale Falls followed by the Giant’s Graves. It will take about 2 hours to walk the whole route.

On the opposite side of the island the main village is Blackwaterfoot. From here, a scenic rocky path will take you towards Drumadoon Point, an old iron age fort and then King’s Cave (of Robert the Bruce fame). Machrie Moor Standing Stones can be walked from here, but better still get off the bus at the Rowanbank stop and then it’s a good 30-45 minute walk to the stones (just over 1.5 miles each way), through farmland (so keep dogs on a leash). Once there you’ll find 6 different stone circles and information boards.

In the north of the island is scenic Lochranza, where the Arran Distillery is based. Multiple different tours with tastings run daily. A 20-minute walk further north are the ruins of Lochranza Castle. It’s rumoured to be the basis for the castle in Tintin’s Black Island. You can also spend the night at Lochranza Youth Hostel. 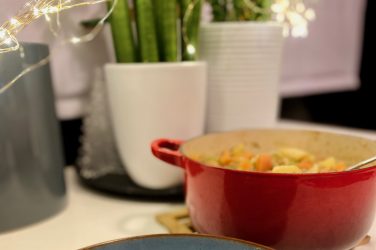 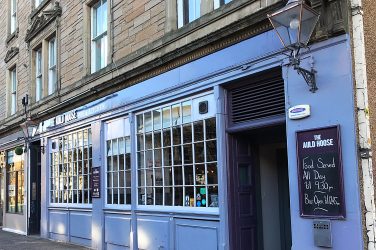