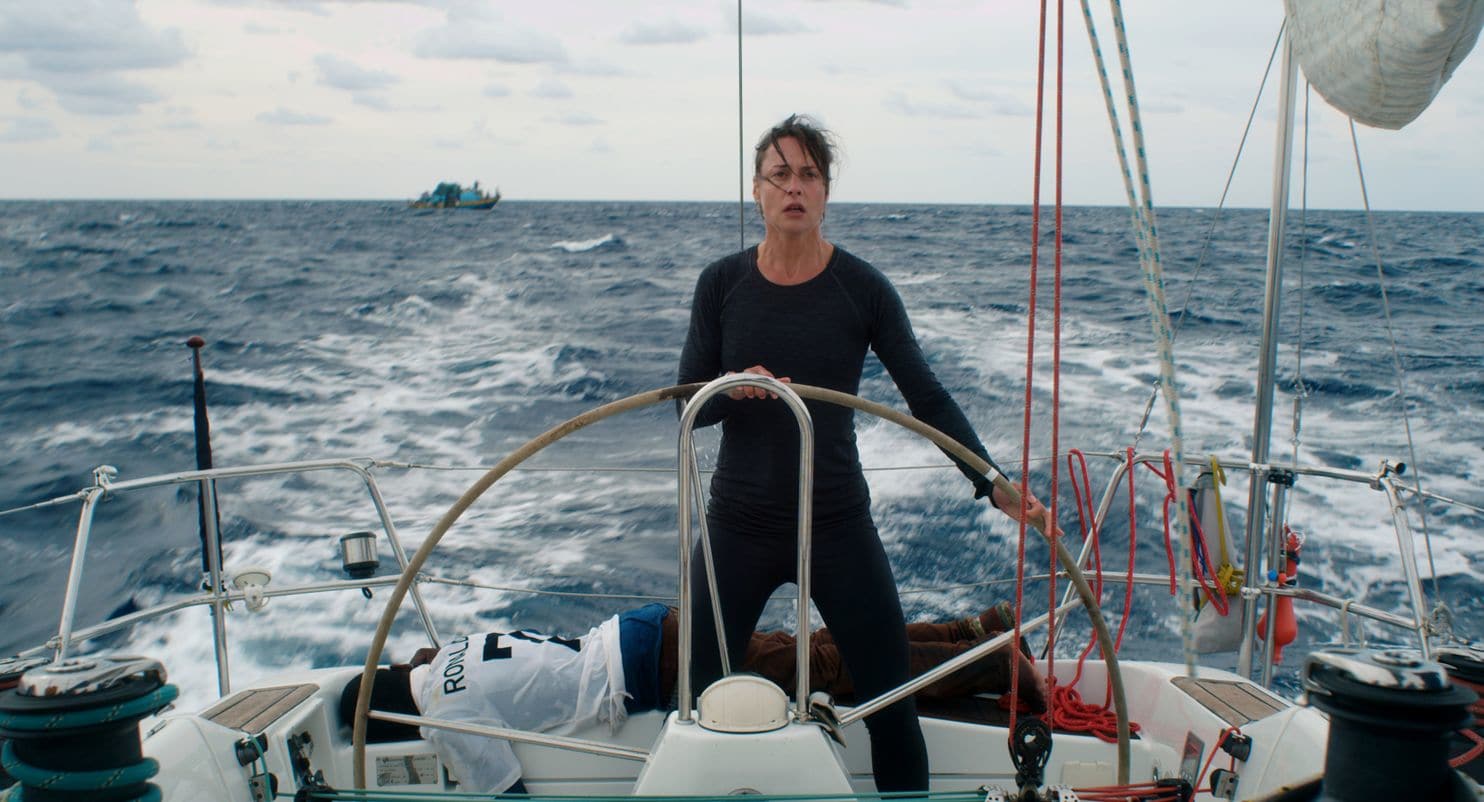 Later this week, the truly astonishing Styx (2018, 94 min) comes to Glasgow Film Theatre for a few days, with a Q&A with the co-writer/ director Wolfgang Fischer on the first night, Thu 25th April.

In a year when six refugee lives were lost on average every day in the Mediterranean Sea, Styx offers a parable that might just be the life jacket that helps bring this issue to general attention and help stem the tide of refugee deaths.

This thrilling European film, shot 90% at sea, shows us that the language of cinema rises above man-made borders. The film’s character, place and events deliver a broader message about real-world issues and occurrences, exposing the brutal fact that your nationality can be the sail that takes you to paradise or the weight that slowly sinks you down.

Wolfgang Fischer and his team have crafted a mesmerizing film, part solo-yachtswoman-at sea which then swims into the channels of a powerful and eventful social commentary on the ongoing refugee crisis. The lead protagonist, Rike (Susanne Wolff), a German emergency room physician, goes alone on a journey of self-discovery from Gibraltar to Darwin’s remote Ascension Island, deep in the Atlantic Ocean on a 12m sailing yacht. Following a violent storm, she encounters a sinking refugee boat with over a hundred dehydrated and badly malnourished refugees aboard. On land, she’s professionally trained to deal with emergency situations, but at sea she feels the lonely waves of an uncaring barbaric system come crashing down on her, challenging her perceptions of the world she recently left behind at the Pillars of Hercules.

Styx provides a moral compass to navigate the stormy sea waters and the existential maze of dystopian maritime borders and delivers us safely home, where we might act on the plight of our fellow brothers and sisters, now routinely being left to die at sea. The film gives a brutal insight into a common dilemma playing out in the Mediterranean Sea today, and an existential dive into the murky waters of Hades. Like Dante’s Inferno and the river Styx in the Divine Comedy, Styx provides a parable that is both contemporary and ageless. Representing humanity’s evolution from the barbarity of borders and its true ascension to paradise, the film should no doubt enter the canon of European cinema, for future generations around the world to study and learn from.

Can you tell us the background of how Styx was conceived?

We [co-wrote with Ika Künzel] wrote the script 9 years ago, and the first thing in our mind was to make a story about ourselves, to raise the questions: Who are we? Who do we want to be? Who do we have to be?, and for sure, we wanted to make a movie about migration, because that’s the theme which will follow us the next decades.

We met a lot of NGOs, especially people who are involved in rescue missions. Huge research was done and everybody you’ve seen in the movie, came from the real profession.  The firefighters in the beginning of the movie and real firefighters, the rescue teams are real rescue teams, and soldiers on the Coast Guard ship are soldiers from the Maltese Army and they were also on rescue missions.

Were the people on the boat real refugees?

The people on the sinking boat were human beings who had done the dangerous crossing over the ocean.  We did interviews with them to be sure of the kind of experience they had and that was so important for the whole process of Styx, to observe the tragedy what is going on from every different angle from every different perspective.  So, it’s more of an attitude, rather than just making an entertainment movie; that was very important for us to work on this theme.

Gedion Oduor Wekesa has such an important role for such a young boy, can you tell us more about how he came to be cast?

A friend, Tom Tykwer (Director: Run Lola Run, The International) has an organisation in the slums of Nairobi (Kibera, division of Nairobi, Kenya), which is called One Fine Day. And, in these slums, children from Kibera can explore their creativity in the school.

We did a casting with around 70 boys and we found Gedion, our Kingsley, and he’s never been abroad; he has never seen the ocean and he didn’t know how to swim. He did an incredible journey with us. Now after Styx, he was been to castings for two Hollywood features.  He plays the main role in a Spanish move right now and he has become a very confident man, a very grown up man. Previously, he had been shy and not very confident about his future in life. We are proud of how Gedion has went through this creative journey, it’s amazing to see.

What were your experiences working with refugees?

It was so great to talk to these human beings, and they were so glad that we were doing this movie, because their stories were going to be told and everybody would see what’s going on in the ocean. That’s the reason why they were really fond of the project and wanted to be part of it.

Can you tell us a little about the film’s title?

The title Styx, it’s the river of death, that divides the region of the living and the dead. For me it fits perfectly because we are living in these parallel worlds.

We also start the journey in Gibraltar, where in Greek mythology it’s the end of Europe, The Pillars of Hercules, and I like the idea of starting from the end of Europe and to go out into this world. It was very helpful for the writing process to explore the history, especially the Divine Comedy, that was really inspiring for us.

Young Kingsley (African Refugee) wearing the Christian Ronaldo no7 Real Madrid shirt. The commercial football top has no borders but the person wearing it does.

We live in a globalized world, everybody knows the same football players, watches the same TV, listens to the same music – everything is global, data is global, money is global, but, human beings are not, which is very sad.

The film has now been watched at the European Parliament.

Films within political culture I think are very, very important and film tend to be a very powerful force. We were awarded the LUX prize, which is given by the European Parliament.

In Strasbourg, they built temporary cinemas in the European Parliament so parliament members could watch the movies and vote, and it was crazy to go with this movie, to the place where the decisions were going to be made and to lead an emotional dialogue that was really special, but then, film can be very powerful.

We can’t change the world with film, but we can open the door and we can look in the direction which everybody’s avoiding, that’s special about films. And that’s the reason why I think film can be powerful and it’s stronger than words.

If you were Rike on the yacht – what would you do, Wolfgang?

It’s a really difficult question, because on the one hand, I can’t imagine how I would react, because it’s so extreme, the situation. I can’t tell if I would be the brave one, and rescue everybody.

I was talking to a sailor who was in a similar situation. And he told me, he was out in the ocean at night and he knew there were people / human beings on a boat, but he turned off his position lights and went away because he was alone and was too afraid.

It’s easy sitting in a hotel room and tell everybody for sure I would help and do everything that is possible, however I think it’s really difficult question but we have to ask these questions of ourselves; how we would react.  But I have no solution for this, because it’s really crazy what’s going on.

We wrote the script nine years ago and it was a completely different world, politically different world. It changed so much for us, but for the people who try to escape, nothing has changed, and now it is it’s getting even worse, that’s really shocking to observe, because there are nearly no NGO ships anymore out in the ocean.

Nobody helps these people, and that’s a big disaster because we betray ourselves in that we don’t want to look at it anymore and we are tired of the theme, and that’s quite shocking.

After watching this film, I truly believe cinema can drive the rescue boat of universal consciousness; however, will you get on board for an essential viewing – before humanity sinks in the maritime borders and rivers Styx of Hades? 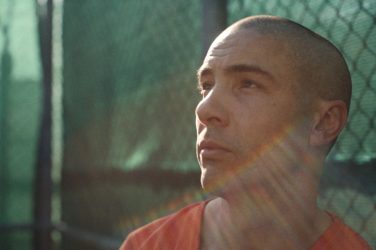 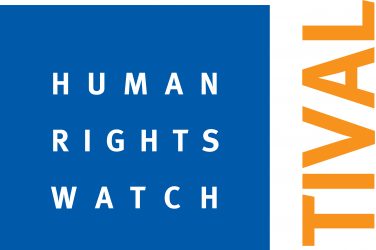 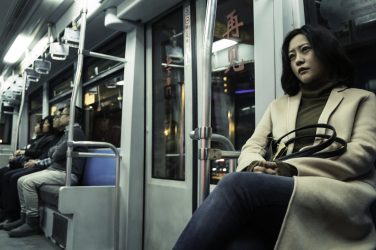