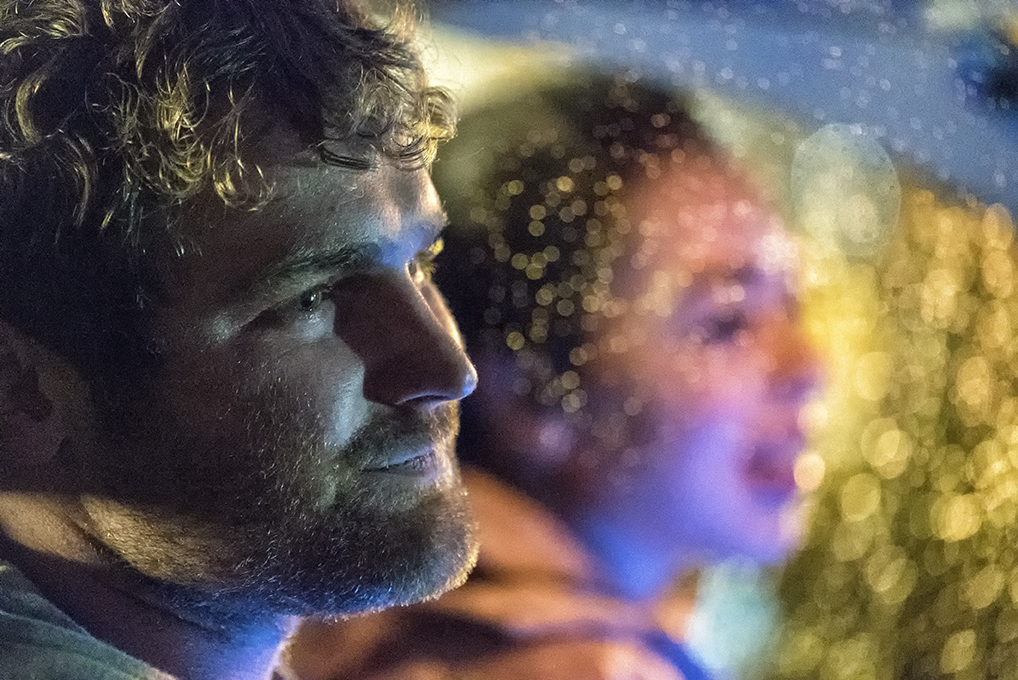 He’s become increasingly frustrated with living in the same small Aberdeenshire port town he’s ever known, beholden to his family that includes volatile son Kid (Anders Hayward) and concerned wife Katy (Amy Manson). But one a night a rage-filled reliving of his boy racer days involving his son’s pregnant girlfriend Kelly (rising star Marli Siu) puts him at a fork in his life’s road.

As well as looking at adult responsibility, no longer attainable teenage dreams and the weight of what legacy you’ll pass on to your children, it’s a film about wanting to escape and leave problems behind in a naive search for allusive meaning. It’s bookended with the words of Bruce Springsteen no less, steeping the film in his ideas of getting out while you’re young. ‘How long will it take to get there?’ Kelly asks. ‘There’s no there,’ Finnie indignantly snaps. Will it come of anything? Maybe not but it’s the feeling in the moment that counts. Graham conveys that longing in a raw, primal way using a keenly-judged atmosphere of intoxicating night time haze, roaring car engines and screeching wheels.

Probably most known up until now for TV’s Game of Thrones, Stanley grips your attention with a believably-tormented performance, making Finnie feel like a genuine person we can relate to and go along with even when rash actions get the better of him. The fact that in a thrifty 76 minute runtime we feel like there’s a real journey and sense of growth is a quietly impressive feat.

It marks something of a left turn for Graham in filmmaking style in that his first two films, Shell and Iona, found their power in a more purposefully languid style where the scenery was as important as the characters. But Run approaches something altogether more immediate, raging at furious top speed when it needs to while still finding time to slow down to capture small yet important character moments that help give the film lived-in emotion. It’s nice to see a filmmaker’s career evolve on-screen.

Run is out to own from 25th May