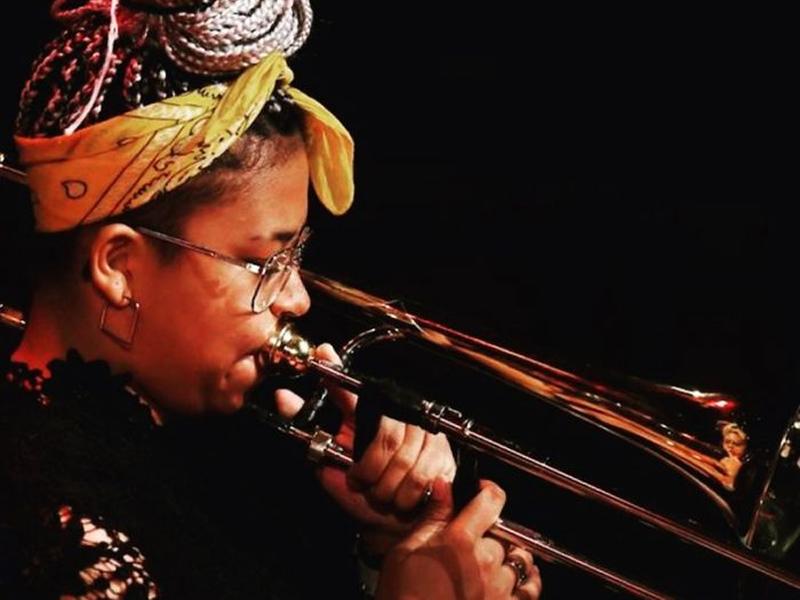 Noushy – trombonist and vocalist Anoushka Nanguy – has been gradually building her reputation as a live act, playing with corto.alto and Astrosnax and winning the Rising Star award at the 2020 Scottish Jazz Awards.

Tonight she’s leading her own quartet through a set alternating modal takes on some standards, along with her own material. It’s on the latter that they really shine: ‘Party In Warsaw’ starting out spacey and contemplative, breaking into a dissonant crash before finding it’s centre again, the spectacularly named ‘Monster Truck Tuck Shop’ seeing guitarist James Mackenzie turn into a shredding hair metal soloist and a pulsing, driven ‘Seven Pennies’ urging the packed crowd up off the theatre seats to dance in front of the stage where they stay for the rest of the set.

There’s a strong emphasis on musicianship with each of the quartet; Mackenzie, bassist Ewan Hastie and stylishly-shirted drummer Peru Eizagirre taking propulsive solos but the focus is on Noushy’s expressive scale-jumping trombone slides and resonant vocals. A poignant ‘Strange Fruit’ is a brave comparison for any musician to invite but they pull it off with skill.

The crowd demands an encore which they quickly accede to after an apology to the front-of-house – a trancey, cosmic version of Sun Ra’s 1974 ‘This Song is Dedicated to Nature’s God’ inspiring a mass chant-along from the young heads.

While they’ve delivered some engaging online streams, this is music that comes into its own in a live setting that it’s almost inexpressibly uplifting to have returned. 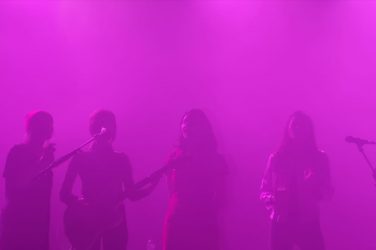 Friday the 13th is a notion that has a stranglehold over some people, casting ...