With so many excellent films showing it’s near impossible to narrow the field down to the most anticipated, but here are a selection of the films that speak to us the most, can’t wait…

Widely regarded as one of the best films ever made, Sam Peckinpah’s The Wild Bunch is a visual festival that lights up the senses. The film changed the way action movies were created and perceived forever, with a film-making approach that is absurdly complex. The movie also acts as a meditation on the Vietnam war and the death of the Old West.  With a great cast, every aspect of this masterpiece is golden.

The much-anticipated new film from Carol Morley which looks to be more mysterious and ambitious than the usual neo-noir, solving-the-case type movie. With a great cast that includes Patricia Clarkson, Toby Jones, and a personal favorite, character actor James Caan. 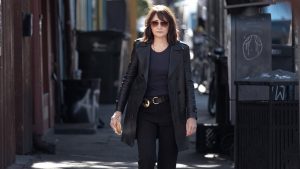 New South Korean action film from Park Hoon-Jung, the writer of the all-time classic I Saw The Devil (one of the most challenging and darkly brilliant films since the turn of the century). Parks has a unique approach to action and aesthetic dynamism. Expect to be in Asian action movie heaven.

Screening as part of the Frightfest program, this Scottish supernatural thriller has bags of atmosphere and surrealist imagery to spare. The trailer for this movie reminded me in equal parts of the original Suspiria, David Lynch’s Lost Highway and Mulholland Drive; not to mention, one of the most vivid dreams I’ve ever had. 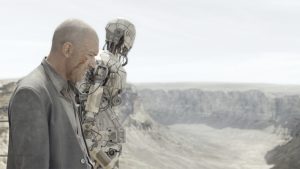 A story based on the truth and lies surrounding the 80’s Norwegian black metal band Mayhem who took things to the extreme including; murder, satanic worship and church burning. Directed by Jonas Åkerlund, best known for his music videos (which you will have seen) including The Prodigy’s ‘Smack my Bitch Up’ and Metallica’s ‘Turn the Page’. Jonas was part of this music scene, as the drummer for the black metal group Bathory, at the time the film was set. This gives the film a unique inside view to this tabloid story and a chance to find the catalysts of the mayhem. 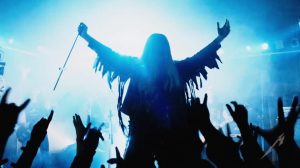 Viktor Kossakovsky’s immersive documentary follows the path of water around the world. The journey takes us from the frozen tundra of Russia’s Lake Baikal to Angel Falls in Venezuela showing the power and the effect this essential life-giving element has on us all. Expect stunning visuals complimented by a haunting soundtrack from this special cinematic experience. 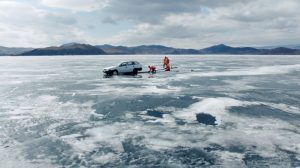 This counterculture classic is often cited as one of cinema’s most important films; its success established new Hollywood bringing auteur theory to the studios. Dennis Hopper and Peter Fonda follow the American dream by taking a road trip from L.A. to Mardi Gras in New Orleans, shining a light on different facets of American society through the characters they meet on the way. It’s one hell of a trip, you dig? 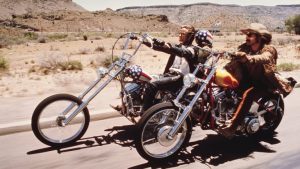 The closing gala film, adapted from Kieran Hurley’s award-winning theatre production of the same name and exec-produced by Steven Soderbergh is set in Scotland during the 90’s rave scene. The films looks at the cross over between music and politics at a time when the uncomprehending and fearful government used the 1994 Criminal Justice Act, to make gatherings that had a ‘repetitive beat’ illegal. Much of modern Glasgow’s culture is built on the sound of techno and aside from the award winning story, I can’t wait to hear Optimo’s Keith McIvor’s (aka JD Twitch) soundtrack on a cinema sound system… not to mention the afterparty. 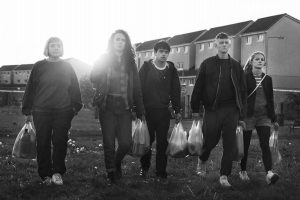