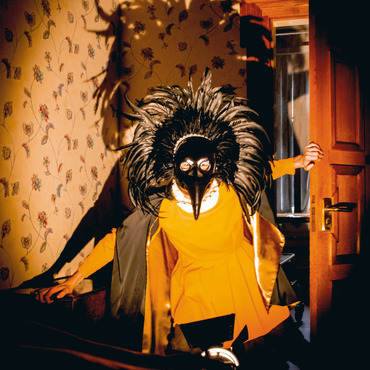 Most reviews of Drenge over the years have focused on the noise, anger and squalor but they’ve always been a band that managed to deliver a melody and likeable tune – even amongst the reverberations. Tracks like Running Wild or Dogmeat have been pulverising, setting the band apart from the guitar bands who flirt with aggression and menace but who pull back before making any notable commitment. This strength is still present on the new album with some moments on the opening songs, Autonomy and Never See The Signs, hitting you between the ears, but this is a more nuanced and balanced Drenge this time around.

Bonfire of the City Boys is an exhilarating first track that drags you into the album with purpose, and it acts as an introduction to the band. It’s noisy and energetic but there’s a playfulness to the song too. If you follow Drenge on Twitter, you’ll know there’s a lighter side that is often overlooked but the lyrics this time around are sharper, wittier (at times) and probably more reflective of the group.

For those of you who have followed the band for some time, there’s nothing surprising on Strange Creatures – but it is more expansive. With new band members coming on board, this isn’t entirely unexpected.  But it’s the expansion of the songs and the band’s outlook that have necessitated the growth in size, as opposed to the introduction of new members to drag limp songs forward. There has been a natural development of Drenge over the years and the new album is a step forward while still being naturally connected to what has gone on before.

There are moments that sound like Art Brut and Maximo Park, no doubt bands that would have been in their consciousness of the group during their formative years, but the palate is wider and more expressive than it has ever been. That includes going further backwards as much as moving forward, providing a range of sounds and styles.

It’s not all bluster and youthful anger on Strange Creatures though, and the title track is a perfect embodiment of Drenge being much more than they are often perceived to be. The tempo and volume may drop on this song but the intensity doesn’t, leaving you with instances that only intensify the larger moments, giving you and the songs a chance to breathe. The album isn’t quite the cliched record of two halves, but there is a notable rest and recovery period for a couple of songs before an energised push to the end.

There is something immensely enjoyable about a band blasting their way through a live set, barely pausing for breath, let alone acknowledging their surrounding, but on record there should be more. With Strange Creatures, Drenge deliver a lot more and have managed to grow up without losing any of their charm, which isn’t always as easy as it should be.

In various interviews leading up to the album’s release, the band have likened the record to a horror movie. Some aspects work, some aspects don’t.  I am genuinely still not sure if I like Prom Night yet, though it is intriguing and different. I just wonder if it lacks a punch or if it manages to encapsulate its whole story.  Still, the album feels like a cohesive body of work. It feels as though we’re living through a bad horror movie these days and it’s only natural that bands reflect this.

Strange Creatures is the Drenge you know (and should) love; but a bit older, wiser and possibly a bit more tired. That’s fine though because after all, these are strange times we’re living through. 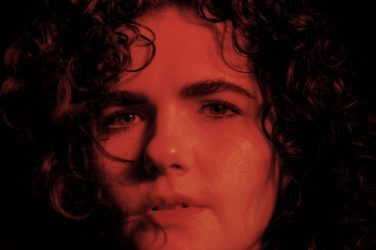 Every night felt like going into battle The start of the year may be ...