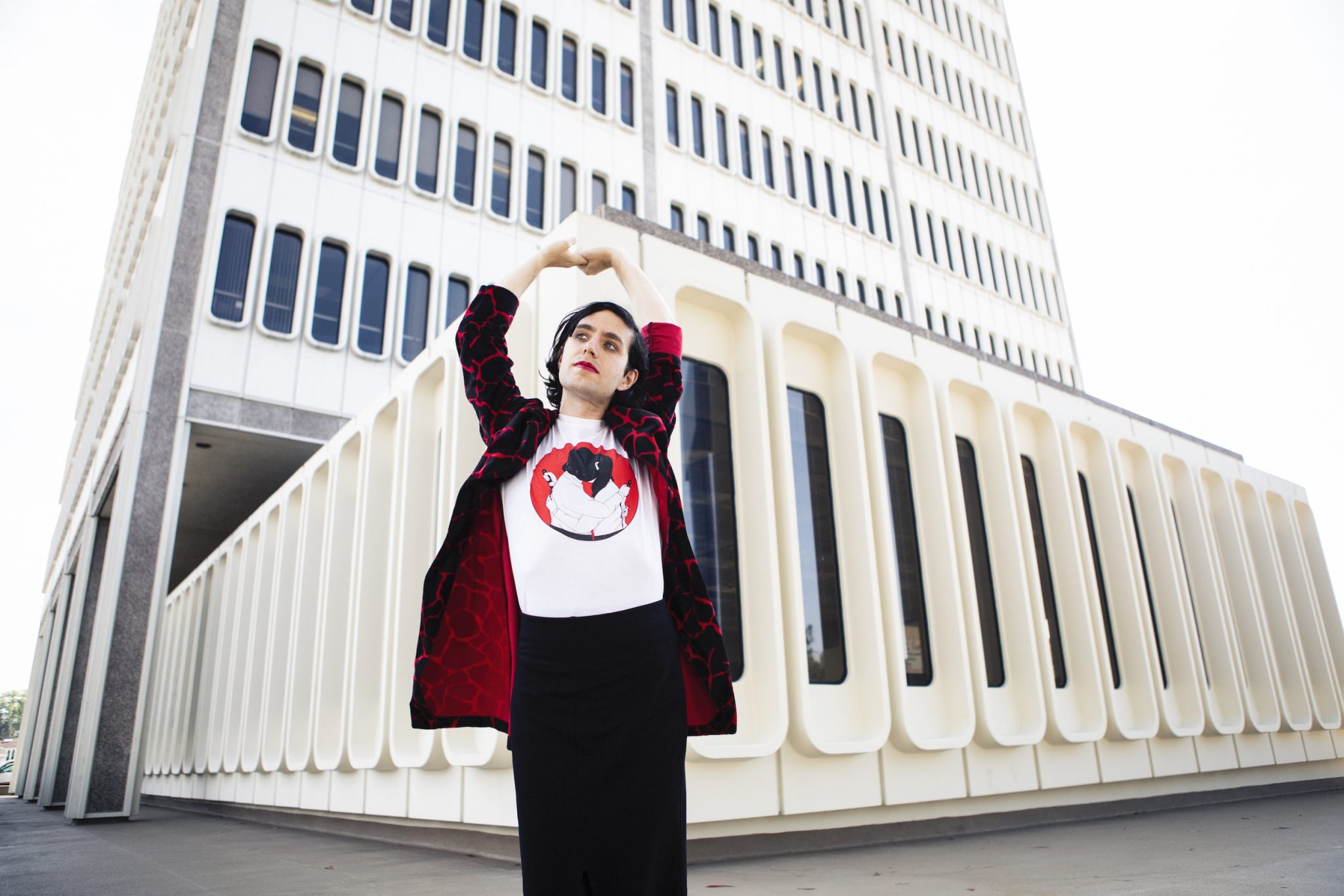 SNACK speaks to Ezra Furman ahead of his gig at Glasgow’s QMU.

Ezra Furman returns with his new record Twelve Nudes, a collection of blistering punk records capturing the frustrations and angst of living in an age of capitalism, misogyny and inequality. Raw and incendiary, Furman defines these new songs “naked with nothing to hide,” a bracing change of pace from his previous album, one he admits was more methodical and carefully pieced together.

Furman’s work is immeasurably shaped by his politics, gender non-conformity, sexuality and Judaism, and his volatile delivery blends these ideologies in the most exciting fashion. SNACK catches up with Furman amid composing music for the second season of acclaimed teen comedy Sex Education, something he considers a refreshing challenge “I’m not in control. I like to have control, it’s what I’m used to. I like to have a vision. I also like to feel like a beginner: it opens your brain up in better ways”, to discuss the world today, patriarchy and lessons learned from a life in the music industry.

You wrote these songs “back in 2018, when things were bad in the world.” Is the world any better, do you believe?

No. It’s a bit of a general thing to say. Somethings are better, some the worse, some the same… When it comes to climate change, things are later, more urgent with every passing day. It’s a threat to every human being. I like humans, I don’t want us to die. And it’s urgent for people who don’t have a lot of money. It’s the poor who go first: the rich are going to figure out a way to not get hurt and kill the poor.
The album came together album quickly and you’ve described it as a ‘body’ more than a ‘mind’ record.
That’s just a thing that I said. It’s an intuitive album; I didn’t think too carefully or rewrite songs like I have previously. It stems from an angry enthusiasm and [trusting] my first thoughts. I guess that comes from me wanting to take my instincts more seriously. My first reaction might be my best reaction.

How does this intuition translate onstage? Can you maintain this sense of impulse when you perform the new songs?

It has been designed as something to say in the moment in front of people and to release frustration. Approaching these songs, they are satisfying to play but they’re about painful things. They’re like hot coals I keep in my pocket and it’s easy to enter the emotions of the songs.

Something that stuck with me was a line in the song “Trauma,” “What makes a man take a hammer in his hand / Shatter every last window of the company store?” and how that can be applied to where so many countries stand politically in 2019. Do you have an answer to your own question? Why are some so set on destruction?

It’s answered in the refrain of the song: “Years roll on and we still have not dealt with our trauma.” People are living in a society where we work too hard with no reward, demeaned in our work. Watching the rich get away with everything… trauma doesn’t go away. It stays in our bodies and must come out. People can do so violently. But society is designed to hurt most of us.

How is navigating through the patriarchy of the independent music industry as opposed to the major label scene?

I don’t have much experience of major labels. None of my friends are signed to them.

What about in your own sphere?

In my own experience, there is a subtle bias to thinking the important people are heterosexual cisgender men. That’s the kind of thing you don’t notice until you start looking for it. I see women subtly disadvantaged, pushed away from the table. It’s hard to be gender non-conforming in this world. It’s not entirely male but there is a bias against those who aren’t cisgender straight men.

Do you think there is a way forward to change this? There has been a public shift in Hollywood, at least, with the Me Too movement.

Big Harvey Weinstein moments won’t create a big cultural change, which would be the result of a million subtle things. It’s hard to call people out on exact things: there’s an undercurrent that adds up to a large disadvantage. [This change] is helped by being a brave political person who calls things out when you see it. I’m trying to be that.

Does your faith impact on your work, if at all? I read you observe Sabbath, for one.

Definitely. One problem I’ve been curing in my life is segregating my spiritual life from every
other part of my life. No one I work with really does religion and I’m pushing the culture around me. I’m being less secretive about it.

Have you noticed a particular stigma being a person of faith within the queer community?

Yeah, a little bit, but mostly among my musician friends. I have a lot of queer religious friends, because I purposely sought them out. I don’t like to generalise about it. It may not be a stigma but perhaps more so not learning about a culture of spirituality. I’d like to learn to talk about that more. I write in the language of my inner life, which is packed with ancient wisdom and biblical references, which fascinate me.

What lessons, if any, has thirteen years in the music industry taught you?

That nobody but me knows what it is I can do best. Not just in the arts. People ask “What do I do? Do I do this, or that?” Look inwards: don’t ask some industry person, because they don’t know. You’re powered by a human heart, and I follow my human heart.

Ezra Furman will play Glasgow’s QMU on 11th November 2019 and Glasgow’s Stag & Dagger Festival on 3rd May 2020. Twelve Nudes is out now on Bella Union records.