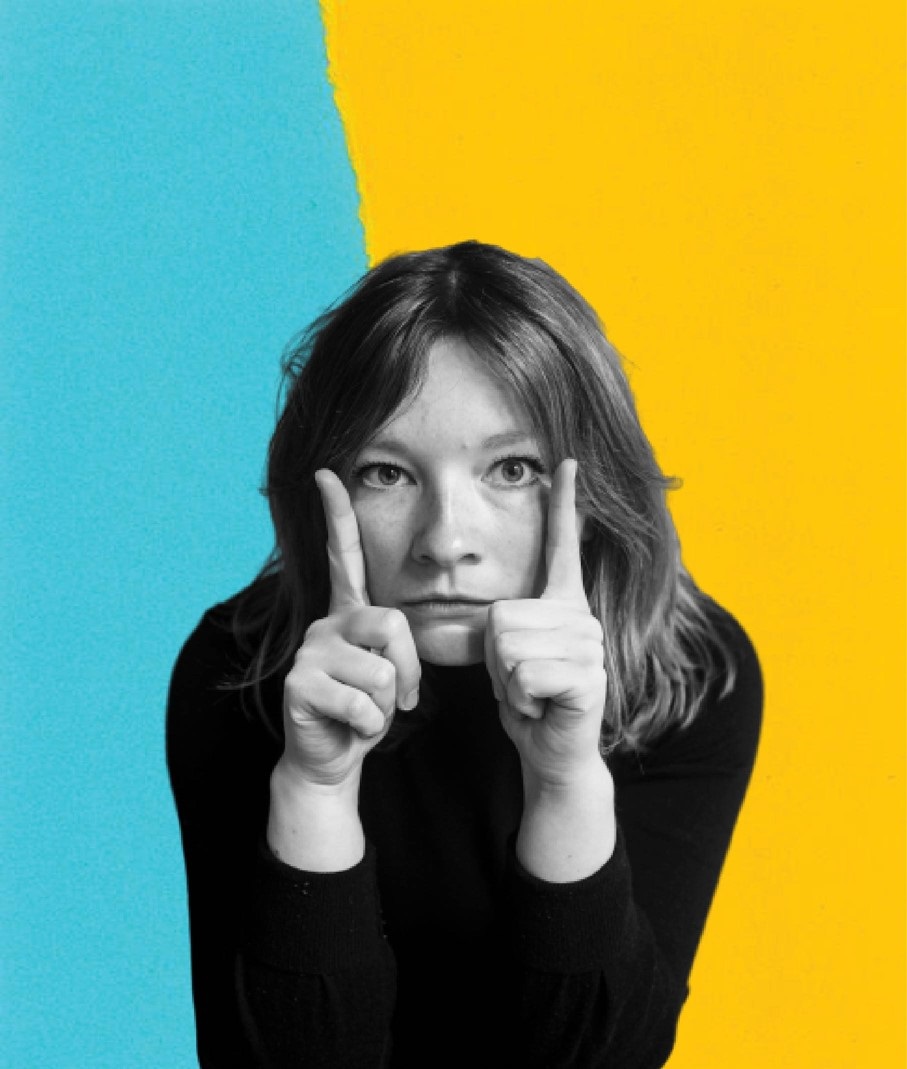 Glasgow, and Scotland, thrives and prospers with the help of others. The local music scene is so vibrant because it contains many accents, voices, opinions and world-views. We’ve claimed many artists who have settled here as our own, and shared them with the world. Martha Ffion is a fine example of this. Although her voice and song-writing talent might well have flourished anywhere, it found its home here.

SNACK caught up with Martha before the launch of her second album, Nights to Forget, to talk songs, summer, protests, and binge-worthy TV.

It’s five years since you released your debut single ‘No Applause’ – how’s the journey been since then?

It’s hard to believe it is five years. Obviously I’ve done a bit of label-hopping since then. I was working with a Welsh label, and that led to some cool opportunities and exciting stuff. I feel like a very different artist since then. But in some ways it’s like no time has passed at all.

It seems a laid-back and unrushed album – does that fit with the making of the record?

Totally. It definitely was the most laid-back experience I’ve had in making any music. All the demos were made by myself. For the first time ever, I didn’t flesh out arrangements with a band. I took GarageBand to the park or in my bedroom. Everything had so much time spent on it, but not in an obsessive way. Everything had so much time to breathe. When I started working with producer Dave [Frazer] on making the real album, we were working in his flat or in the studio for a few days. It was very laid-back, to the extent that we had to give ourselves a kick up the arse to finish it.

You didn’t have a label at the time of making the record – did that influence the sound?

Yes, totally. In terms of songs, I had written all of them within three months of the first album coming out. It’s weird that happened without the pressure of a label looking for the second album. I know some people tense up under that pressure and get really bad writer’s block. I don’t know whether a deadline would have helped or not – it could have gone either way.

There’s been a shift in lyrical focus between your albums. Was that deliberate?

I don’t think it was necessarily deliberate, it was more just where my head was at. I had a lot of time on my hands. I was only working one day a week. I was maybe in a self-indulgent place! The only part of it I think was more deliberate is the poppier sound. Pop music lends itself more to these themes. I have a new-found respect for outright popstars and how they make things pithy. In a way, it’s easier to write folk songs, when you are story-telling, than when you have big emotions and a pop format. The real-deal pop stars are not given enough credit for that. It’s hard to make something that’s universal, but which is also catchy and snappy.

You’ve said opening track ‘Someone Who Cares’ is your attempt to ‘make sense of right-wing mentality’. You wrote the song two years ago; did you think the right would become even more prominent now than they were then?

It is extremely worrying. The internet is a frightening place that has enabled and strengthened that side. It’s the misinformation that frightens me the most. It’s one thing to have abhorrent beliefs, but at least they’re based on some credible materials. But when there’s misinformation being spread which leads to people forming opinions and to discrimination, that’s really upsetting. It’s hard to see when that is going to come tumbling down. It’s very extreme right now.

The key themes on the album sound as though they could have been written this week. Do you feel you’ve a duty to write about these troubling times, or was that just what came out?

I’m really conscious of not wanting to take away the voice of someone who is more enlightened on a matter or has more call to be speaking about it. I don’t want to influence anybody; I don’t think I ever provide any answers. For me, when I write songs, it’s about asking questions, not about answers or guidance. I do feel at times that I should be doing more, when you think about the artists in the 60s or 70s who drew attention to matters. However, it has to be real, and an issue that is close to your heart, that you have at least a bit of authority on.

At a time when artists are rightly concerned about income, you’re donating half of the sales profits from your new album to organisations tackling injustice and challenging discrimination in Ireland and Scotland. Do you feel artists have a duty to support good causes?

No-one should feel obliged to do it if they aren’t in a position to do it. I have a day job, and if I didn’t, I probably wouldn’t be in a position to do it. I would hope that no one would judge me if that was the case. It’s something I’m interested in and I have worked with individuals with these experiences, which is why I wanted to make donations to support these charities. It’s hard not to get annoyed at the Westminster government for their lack of concern for these causes. It’s not something I feel musicians need to be doing, but it is something politicians and people with money in their pocket should do something about.

How do you go about promoting an album at a time like this?

To be honest, it’s not been all that different. The only difference is the lack of touring or live shows. With the last campaign so much was about trying to get press and radio play, and that’s different from touring. So for me sitting at home, it hasn’t been that much different. However, what will be weird will be the week the album comes out. I should be playing in a sweaty basement somewhere! That’s one thing I haven’t decided yet: should I do a livestream gig, or hold my nerve a bit and see what can happen later in the year? This album is less about the live show, as it is less informed by a live band. When I pictured people listening to this album, it was more sitting in a park or going for a walk. It’s funny because everyone who I let listen to early versions asked how I was going to do it live! I can push that question back for a few months. So that’s the only real difference, but I do miss playing live. I’m lucky that my band consists of friends who I love, and I’ve missed the whole culture around it. But yeah, thanks to the birth of the internet, promoting an album hasn’t changed too much.

What’s been your thoughts about online gigs – a necessity, or something which is helpful?

A mix of both. If you take someone like Stina [Tweeddale from Honeyblood], she has been doing that for a long time, and it’s something her fans love. She’s such a great entertainer and is great at it. Most people I think prefer the real live experience, but online shows have been a lifeline in recent months. A few friends have said they prefer the online shows, as they feel as though they can interact more with artists they like. I definitely see benefits, especially for people with little kids or who can’t make gigs. There are certain aspects which are good. Laura Marling did one from Union Chapel. It was a slick affair, five cameramen and a proper sound system. Part of me thought, she doesn’t often tour in Scotland, and that was something I’d have been interested in seeing regardless of the situation. There are benefits we should keep, but I think most gig-goers are getting withdrawal symptoms right now.

You’ve shared a good few TV recommendations on Twitter. Have you been into anything new during lockdown?

So much stuff. Succession, have you seen it? I’ve got a reputation for being a TV-watching couch potato. I binge-watched Succession, it’s so good and so funny. I’ve also watched a lot of Anthony Bourdain: Parts Unknown. That ticks two boxes that are otherwise unfulfilled: travel and eating in restaurants. It doesn’t feel trashy – you can binge-watch it and feel as though you’ve learned something. I also watched Tiger King, because you couldn’t not watch that during the first bit of lockdown.

Why should people listen to Nights To Forget?

I would like people to listen to it if they liked Sunday Best so I can see if they still like me, and they are willing to see what happens next. I’m just grateful that anyone listens to my music. It’s so amazing when anyone who isn’t your mum or your friends listen!