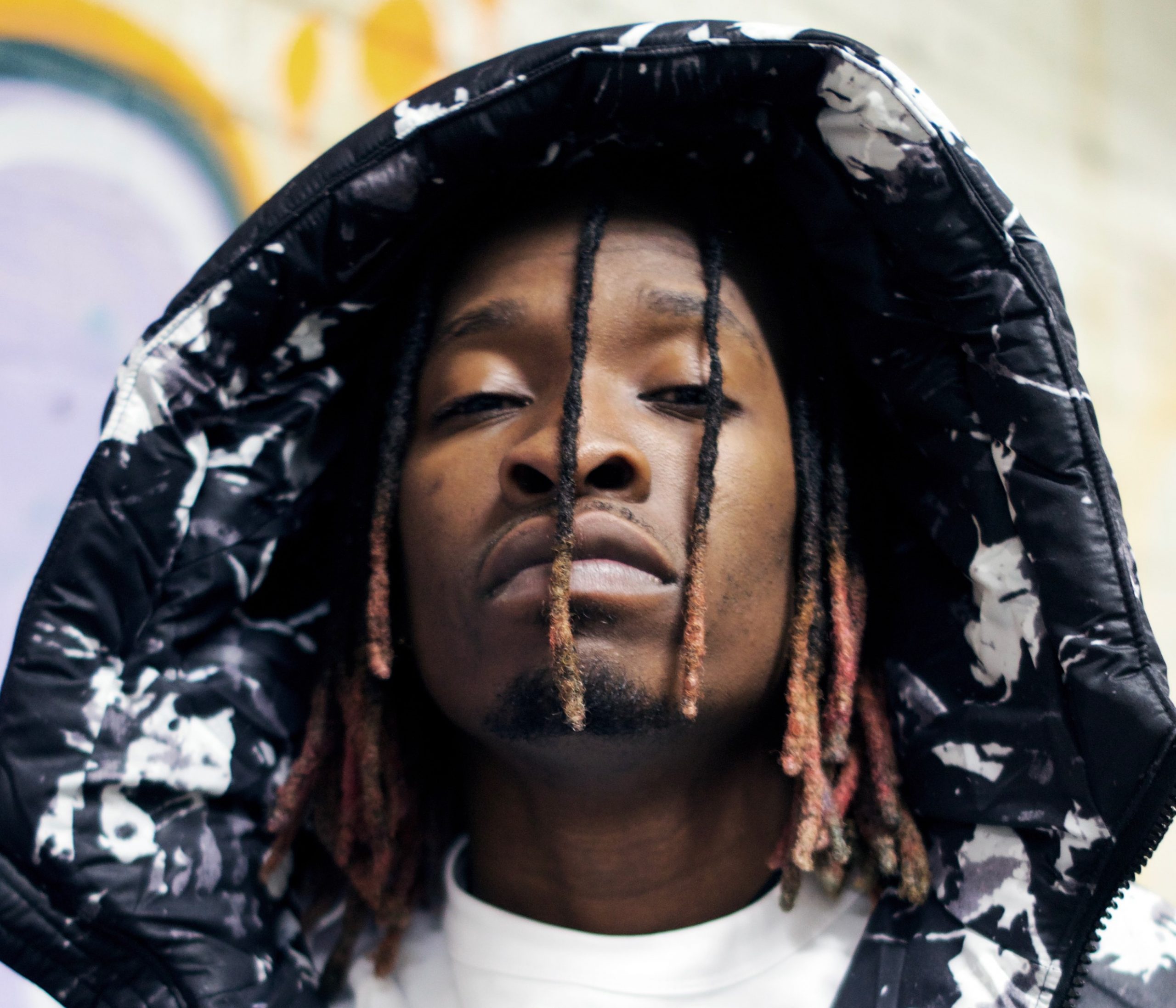 SNACK caught up with Sean Focus to discuss his latest album Incase I Don’t Dream, his Edinburgh based independent label, Imvaize, and how it all got started.

Congratulations on being named ‘One to Watch’ on Amazon’s +44 list. How does it feel to be the only creator based in Scotland represented?

Thank you! Yeah, it’s a cool feeling, the way I’m looking at it I was neither born in Scotland nor went to school in Scotland but basically most of my friends and supporters started from here back when I was like twenty, twenty-one. So, it’s a great feeling.

You moved from Zimbabwe to London before entering the Edinburgh music scene, how do you think the places you inhabit affect the work you create?

I’ve been trying to figure out on my journey how to utilise my surroundings – so where I am right now is a combination of what’s happening in my environment and a mix of practice. I try to practice taking in everything that happens to me, like knowing where I am and the people I bump into. I take all my stories for my music from either someone’s experience or my experience, so my environment has fully helped.

In a big way – as opposed to when I used to live in London. I’ve been more comfortable here and I’ve had time to think in this environment through being in Scotland. It’s calm isn’t it? It’s definitely a factor in writing my music today as opposed to five, ten years ago.

Cities like Glasgow or Edinburgh have very active music scenes – but the cities themselves are smaller than somewhere like London, and this can make them seem more accessible in a way.

What do you think of as your music evolution in relation to these places?

My music now is different because before it was all about girls, partying, having a good time! There were one or two sad songs but in 2017-2018 that’s when I flipped the script on what I was trying to write about and show people. There were people going around saying I couldn’t rap – I had to not just be a jack of all trades but master rapping and singing. I don’t think I can sing – I just rap with a tone sometimes, you know. I had to master the art itself.

It’s put me in a position where I can pick topics now. before I could never pick a topic… I would just rap. Now I can expand on a theme so that in itself has made me a rapper/singer/engineer. I can do it all better now.

For your latest album Incase I Don’t Dream did you approach it with an overall theme, or does it use individualised topics for each of the songs?

Incase I Don’t Dream – when you sit and look at it maybe ten years from now – it’s probably one of the most creative pieces I’ve ever done.

Every year I release a project and the whole idea behind this, the concept, is that every song has a specific reason for being included. I had twenty-seven songs, so I cut it down to eleven, twelve. If you pay close attention even if you don’t know what I’m talking about, even if it sometimes sounds fake – it’s part of it. Incase I Don’t Dream is personally my best piece that I’ve ever done in my whole career.

What was the overall concept?

The overall concept was basically ‘touch wood’. Okay, I’ll start from my idea. I like double entendres and metaphors and hidden meanings. ‘In case I don’t dream’ means in case I don’t manage to have more ideas or more topics or more engagements or more lyrics. In case I don’t make it tomorrow. You know what I mean?

Touch wood. I centred this around it because throughout 2020 I’ve been having good luck some might say. With labels and things like that. I felt like my sound was starting to change by default because of the positions I’m in now – dealing with labels which I now know what they need, my mind is clearer. It’s finding the balance between keeping my old sound and making sure that I continue to be on the market without losing myself.

I feel that this was the last piece of me that I will probably have full control over from start to end. It’s a landmark in my career because every day everything changes.

Would you say this is a transitioning album between being lowkey and independent, doing everything by yourself, and suddenly having support but maintaining who you are?

Yes! This is literally how I’m preserving myself before I start the transition and move on to wherever I’m heading.

Is that what you’re doing for your own independent label, Imvaize?

The vision I have for Imvaize is that I have more or less done everything myself, nobody taught me anything. I watched YouTube and had countless sleepless nights. It saddens me to think that there’s people who are where I was two years ago where nobody was trying to even hear me out.

I wanna be in a position where I’m somebody’s guiding hand. I want to have a string of people who believe in no strings attached help. People who later we could bump into each other at the Grammys and go ‘Yo, I recorded my first song in your studio!’ That’s all I need. It’s guidance for your family – Imvaize is a family.

It started with you doing sound engineering and mixing for your own songs, has this led you to have a sense of perfectionism for your music?

I started producing because I had a friend – he used to make beats for the choir and that weirdly, but I used to watch him and go home and practice it on my computer.

When I was sixteen, I got discovered by a guy I was working in the studio with and it led to me wanting to put down an idea for a beat that I had made. My former boss, at the time, told me to make it into my song and it kind of worked. But ultimately it was a vice because obviously back in Africa – people don’t really recognise ADHD so it was a vice for me where all I did was make music from when I was fourteen. I didn’t know about going to other people I just started putting my equipment together in a studio I made where then I had to mix my own vocals. That prompted me to produce and mix my own stuff.

Life put me in a position where I had to do it, it wasn’t really about the control of the music it was that I found a vice. It kept me off bad stuff and kept me busy.

Is this a similar approach to how you create the music videos and the multimedia content that surrounds your music? For example, how your music videos go very hand-in-hand with your singles almost as if they were created as a pair.

So everything is planned in advance; for example I’ve got a single coming out of the 29th January and we planned that before November. Basically, I recorded the song in January and I’ve had this song the whole time, we planned to release it in December but this video slowed it down.

I try to plan as much [as I can] just to stay ahead. I’ve got a really good video director called Graham Glover and I tell him once and he just gets it.

You’re known for your live performances and the energy you can create in a show, are you looking forward to getting back into gigs when we can?

I was talking to a friend about this yesterday – before all of this, for four years straight I had a legal issue that was stopping me from going anywhere but the U.K. and that legal issue ended in January this year. So as soon as that happened Covid kicked in and I couldn’t travel!

The moral of the story with that is, sure the performance side of music has lacked – and I love performing – but for me because I was in such a predicament not that long ago it just felt like I was continuing. Yeah, it just felt like the block was still there.

It’s sad but I just continued as I was supposed to and achieved certain things which overshadowed the fact that I was missing the performances. However, performances are my biggest selling point! One could say, do I really miss performing or am I just accepting it right now? I think that’s probably the case, but I don’t think I can accept it next year [2021] yet!

Incase I don’t Dream is out now via Imvaize

Interview: What is Hen Hoose? With founder Tamara Schlesinger (MALKA)