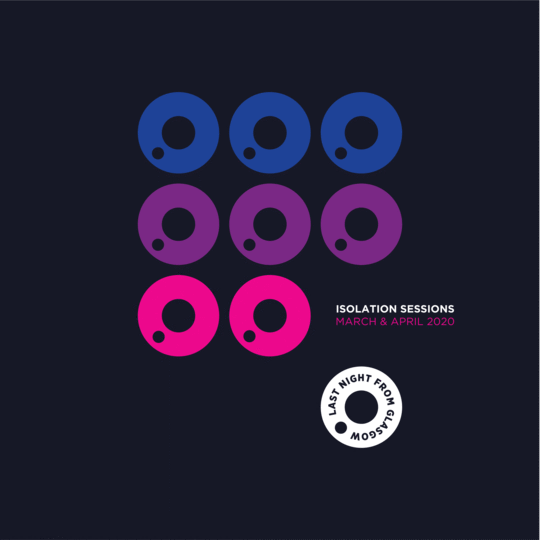 Permit me some grumpiness. This is rubbish, innit? Being indoors when it’s sunny sucks. All those events, festivals, milestones, missed memories and visceral experiences that won’t happen. The very fear that interacting with other people might be deadly. Mince. Utter mince.

Despite most people starting half their sentences these days with ‘I’m sure it’s much worse for others, but’, it’s OK and cathartic to say that the necessary change in lifestyle we’ve all adopted is a bit, well, rubbish.

Not everything has to be an incremental loss, though, surely something substitutional which wouldn’t have otherwise happened has to appear. As if by magic, LNFG have released The Isolation Sessions, a double album full of their artists covering each other which should go on to become a source of future nostalgia.

It all starts solemnly enough with Mt. Doubt’s version of Sister John’s ‘Nothing Else’ where a saturated piano picks its way through a piled mix full of background vocals and whistling sonic layers.

Cloth take everyone to their seemingly cloud-level altitude with their version of ‘Magic 8’ (Annie booth). A countrified float through a song that was already loaded with heart-pulling sentiment.

The guitars in Lola In Slacks‘ ‘Don’t Move to Denmark’ (Broken Chanter) have just the right amount of trebley harshness and soaking reverb to make the song’s seventh chords sit right at the front of the mix taking what was already a great song into a David Lynch roadside diner.

Having released one of last year’s most thought-provoking records, Broken Chanter’s version of ‘Still’ (Annie Booth) cleverly reflects the original lyrics in the instrumentation. The phrase ‘ringing in my ears’ collides with a piercing synth swell, the ‘longing in my chest’ line bounces around the irregularly vascular drum pattern before a fuzz guitar solo guides the track rather than dominating it before taking centre stage for most of the song’s last minute and giving way to an unsettling piano outro.

Sister John brings ‘Secrets You Keep’ (Stephen Solo) into an intimate setting where the twin vocals seem to hug the clipped bass throughout. The result is an incredibly vivid, emotional sharing of an aural intimacy.

Providing a slightly more industrial slant to the thus far acoustic-heavy proceedings, side two gets underway with Gracious Losers‘ Six Degrees of Separation (Domiciles). A start-stop chunk of distortion with the heavy echo on the vocals provides an odd, ghostly calm.

Lemon Drink’s version of ‘Cherry Pie’ (TeenCanteen), unlike their live shows, is gloriously understated. Rising staccato strings and clean guitars should steal the show but, instead, it’s the wistful vocal harmonies that are running things here. There’s a distinct sound of determination that cuts right through the high registers used.

Nicol & Elliot give ‘Backup Baby’ (L-Space) a complete re-working with the original’s electronic backing and 808 drums shifted to an acoustic setting. The fiddle throughout taking the track to the corner of an imaginary pub in Donegal. As a re-imagining, this track probably succeeds in nailing the home recorded, alternative take vibe more than anything else on the album.

Andre Salvador and the Von Kings continue this theme with an acoustic version of ‘Enemy’ (Foundlings) with the distorted power of the original translated to a quiet wondering about past foes. The bassline wriggles within the track giving a busy feeling to an otherwise serene musing perfectly at odds with the subject matter.

The vocal recording in Annie Booth’s cover of ‘Sleep’ (Cloth) has caught every breath, exhale and hard consonant of her delivery to the point where it feels like the listener is being intrusive even having access to this. It’s an incredibly astute choice of tune as Booth breathes (literally) new life into an already intimate song.

Rounding off side 2, Zoe Bestel takes ‘Show What You’re Made Of’ (Medicine Men), and hands back something altogether different from the original. There’s what sounds like a toy piano throughout the second half of the track (could be Zoe doing something clever with a ukulele, though) that shifts the mood from stark bedroom recording to theme-for-a-killer-ghost-child.

It’s worth mentioning the production at this juncture. Using multiple tracks of home recordings by different artists in different rooms must’ve been a real challenge to mix effectively. Without compressing everything and losing the idiosyncrasies, they’ve done a fantastic job making the record something which lives as an entity in a single mood.

Out of all the tracks here, the swapping of tracks between Bis and Slime City probably seemed the most likely sources of straight covers, however, Bis‘ cover of ‘Dial Up Internet’ (Slime City) manages to dial down the original’s frantic sound and the call/response sections are so perfectly suited to Manda and Steven’s deliveries that it almost sounds self-penned.

L-Space inverts Leo R Bargery’s delivery of ‘Headless’ (Mt. Doubt). The Trans-Europe Express style intro fits perfectly with each note’s decay building their own character. The transition from verse to chorus will move even the most dance-averse from sedentary to upright.

I’m a big fan of the sort of reverb-heavy guitar that the original version of ‘Airport’ by Sister John boasted so imagine my surprise at loving Life Model’s stripped-down version. In fairness, the guitar does make an appearance for the solo, but the rest of the song sounds more at home in this slowed setting.

Medicine Men bravely take on ‘Oh My Dear Friend’ (Mark W Georgsson) swapping the quasi-bluegrass feel of the original for a more New Romantic approach. The rhythm-driving toms almost sneak in a calypso feel and just give the whole thing a joyful ambience – reinforcing the notion that this entire record is a one-off borne of circumstance.

Deer Leader specialise in huge soundscapes but their doom-laden version of ‘Pull Your House Down’ (Lemon Drink) took me slightly unawares. The last minute, where a breakdown is followed by typically enormous sounding layers of samples, guitars and vocals feels like a release after the first 3 minutes have thoroughly deconstructed the original.

‘Curiosity Door’ (Cloth) was a brooding mash of textures. Hearing Close Lobsters‘ up tempo version of it is absolutely exhilarating. Driven by pounding bass and drums, the build-up of organ and synth pads panning and phasing brings a mildly malevolent energy at odds with almost everything else on this album.

Including the sample of its famed Top of the Pops intro, Slime City’s version of ‘Kandy Pop’ (Bis) hits all the spots you’d expect. There’s something about Michael’s eternally youthful vocals that would put the vigour back in the oldest of replaced knees. In terms of song choice, the citizens of Slime City have obviously nailed it.

Paisley’s The Muldoons swap the original bathwater sample from ‘No Pill For What I’ve Got’ (Stephen Solo) to the sound of a passing car before launching into the song in typically breezy fashion. Their trademark brass elements forgone in favour of a very jangly solo, this is possibly the sunniest thing on the compilation. One to keep for future summer days when we can legitimately go outside.

Foundlings acoustic take on ‘Under London Skies’ (Close Lobsters) is possibly the most hopeful sounding song on the compilation while Carla J Easton takes a similar approach to ‘Mould Me’ (boohooHoo) turning the Europop-tinged original into a powerful pleading where the multi-tracked vocals provide a sumptuous elevation.

Penultimate track, Vulture Party’s haunting treatment of ‘Somewhere in the Night’ (Starless) is ideally suited to some future film soundtrack. The cello, whether real or synthesised, carries the mood somewhere between hopeful and frightened.

As far as perfect closers go, The Martial Arts‘ ‘Suddenly Heaven’ (Stephen Solo) fits the awkward bill adding piles of electronic ambience to the original. The absence of the drums in the pre-chorus only accentuates them when they come back in for the chorus itself. And that’s how this gatefold sign of the times signs off – with a chunk of hopeful pop that could almost wrestle its way into a John Hughes film.

There are lots of bad and boring things going on around you right now so it’s maybe important to cherish any small beautiful things that come out of this international malaise. They may be few, but take them, celebrate them and treasure them as part of the world you experienced when you couldn’t experience the world properly. Stay safe and stay sound.

The Isolation Sessions is available to buy now via the LNFG shop. 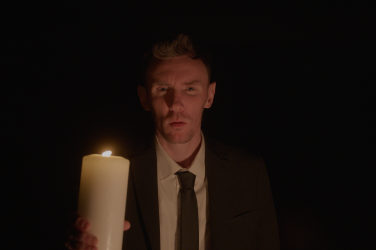 SNACK is proud to present the premiere of Glasgow rapper SubKonsious AKA Andy Jamieson’s ...