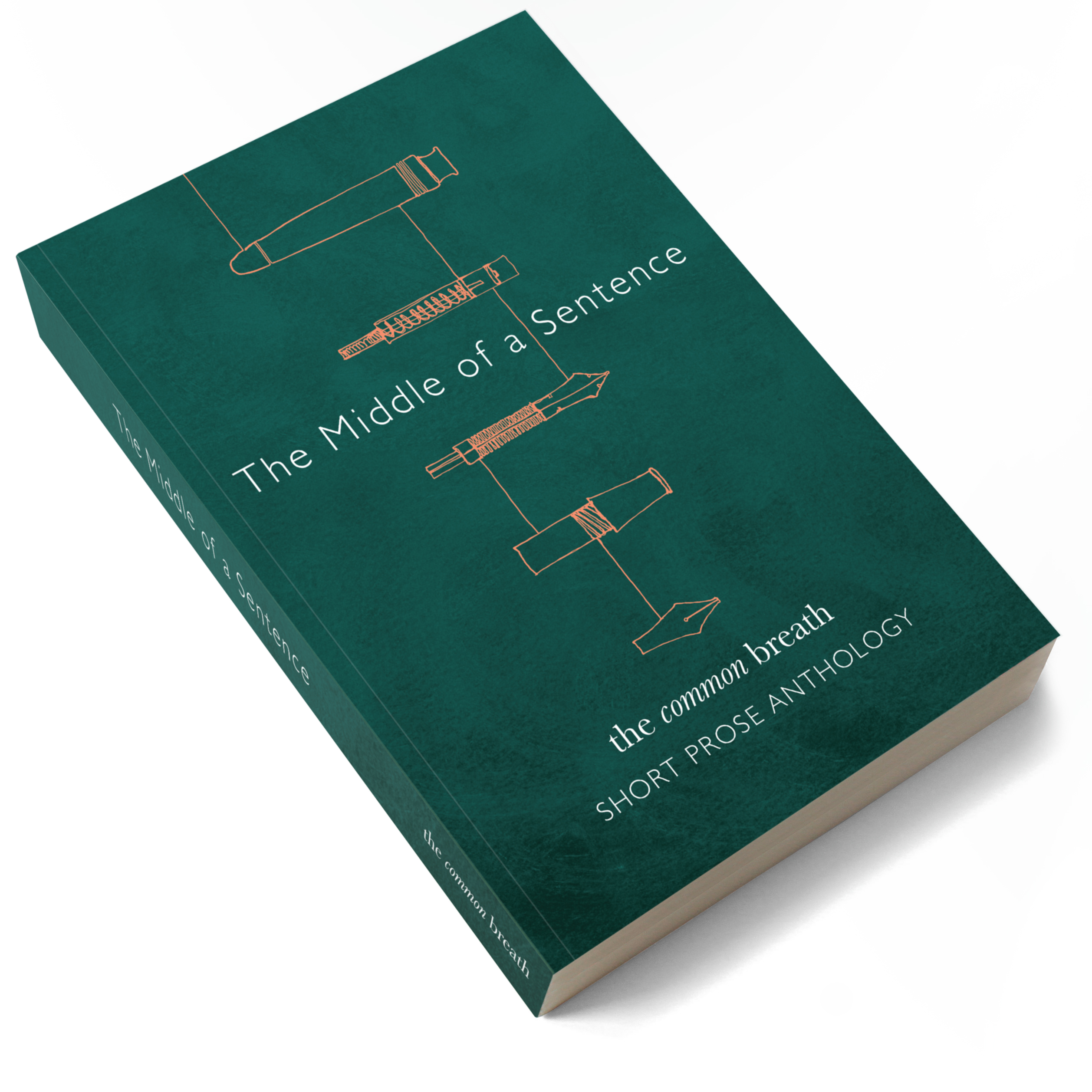 Every so often a short story or prose collection comes along which helps to define a particular period in Scottish literature. In the 1980s there was Lean Tales, which brought together three of the great writers of the day in Alasdair Gray, Agnes Owens, and James Kelman. The 90s had The Children of Albion Rovers which introduced many to the work of those who became known as the Chemical Generation of writers, and 2011 saw the publication of The Year of Open Doors, where the writing reflected the greater range and breadth of Scottish culture evident in the early years of the new millennium.

The Middle of a Sentence feels like the next link in that chain, bringing together writers from all of the above, and introducing new voices to the conversation. It opens with two pieces from Jenni Fagan, ‘Ida Keeps Falling’ and ‘The Ship’, both of which work as a great introduction not only to the book but to her writing, with themes of horror, the surreal, and as with her recent novel Luckenbooth, the secret lives of others. James Kelman’s ‘A Hard Man’, brings to mind his famous half-page short story ‘Acid’ from Not Not While The Giro, as one man’s reaction to another man’s death is distilled to its very essence. As with most of the pieces, few words are wasted.

Janice Galloway wrings emotion out of everyday domestic conversations between three generations in ‘Moving On’, and Graeme Armstrong explains what it means to be ‘Landit’ as he introduces us to life lived in ‘Heroin Heights’. Ron Butlin tells us of ‘The Legend of McGinley and the Seven McCanns’, men who are made from ‘Cement, anger and cement’ and who come from the hills to terrify the town. Bernard MacLaverty ponders what has fundamentally changed between losing ‘The Fountain Pen’ and finding it, and just what he can do to try and fix it.

Other well known names include A.L. Kennedy, Duncan McLean, Alan Warner, Regi Claire, David Keenan, and Kevin MacNeil – each reminding us why they are among Scotland’s most exciting literary figures. There are also extracts from works by literary legends who are clearly inspirations for The Middle of a Sentence, including Anton Chekov and Katherine Mansfield. And publisher The Common Breath’s Brian Hamill sets out the ideas and ideals behind the book in a beautifully written introduction.

But it is the new writers, from home and overseas, who take this collection to another level, proving that while the present is built upon the past, the future is one of even greater promise.

Julie Rea sets out how the little incidents in life often take on great significance in ‘The First To Leave’, a heart-breaking story of family affairs. Joey Simons tells a tale which could be either psychological or fantastical; either way, the character in ‘The Catch’ has reached his wits end. Rachael Fulton’s ‘Blood’ is a horrific tale of prejudice and violence passed down from father to son, and Kris O’Rourke gets to the twisted truth about a poltergeist called ‘Victor’.

Kirsten Anderson’s ‘The Space Between’ is almost tangible, with the emotion on the page heightened by the way she allows the words to breathe, in a manner not dissimilar to some of Jenni Fagan’s and Janice Galloway’s work, once again suggesting that there is a conversation going on between the writers in The Middle of a Sentence. As such, it’s the perfect snapshot of Scotland’s literary landscape for the new decade.