Ocean Vuong releases his second poetry collection, Time is a Mother, following the enormous success of his 2019 debut novel, On Earth We’re Briefly Gorgeous. Fast becoming the face of contemporary poetry, Vuong’s most recent collection largely serves as a tribute to his late mother, but his work remains a heartfelt blend of identity exploration, cultural commentary, and trauma (or rather, the navigation of it).

Vuong is Vietnamese American, having fled his native country by way of a Philippines refugee camp before arriving in the US. His debut, On Earth We’re Briefly Gorgeous, loosely but not explicitly based on his own life, is a series of letters from a Vietnamese man, in the throes of his homosexual awakening, to his illiterate mother. Time Is a Mother, however, sees Vuong navigate life in the aftermath of his mother’s death with the poignant honesty one has come to expect from his work.

Each of the collection’s sections jump wildly in time and place, perhaps reflecting the non-linear navigation of grief and trauma. This narrative choice at times risks compromising a sense of momentum or clarity; but each caveat into which Vuong takes his reader is still satisfying.

There are numerous examples of shorter poems that provide a gut punch: ‘Old Glory’, (not for the faint of heart) for one, is a fourteen-line hurricane filled with aggressive clichés that epitomise toxic masculinity; a heady blend of frightening sexual and homophobic violence and performative diatribes. What I would give to hear Vuong perform it live. ‘The Last Dinosaur’ seemingly jumps between a visceral chaotic landscape and warning a lover of investing too much (‘Sure, we can / make out. But I’m warning you – / it’s a lot’) and so many other transient thoughts. The reader must abandon any need for control.

The book’s second part contains its most pertinent moments. A standout, ’Rise & Shine’, takes the reader through what is at once a heartwarming morning routine and a subtle exploration of substance abuse, touching on his mother’s former role as a nail salon technician:

Your day’s worth of tips at the nail salon. Enough for one hit.

He returns to his mother’s job throughout the collection, most notably the poignant ‘Amazon History of a Former Nail Salon Worker’, which itemises her monthly spending, a list that dwindles heartbreakingly in the knowledge her cancer is terminal. ‘Not Even’ allows the reader to find the bleak humour in the dimness of death (‘Rose, I whispered as they zipped my mother in her body bag, get out of there. Your plants are dying’), while ‘Dear Rose’ serves as a beautifully meandering direct address to his late mother.

Time is a Mother, like grief and trauma themselves, can be chaotic; but Vuong’s sophomore collection is all the better for it. His explorations – parenthood/childhood, personal identity/national identity, fragility/resilience – are moving and so richly handled that by the end, the reader feels the catharsis the poet hopefully feels himself. Time is a Mother is the work of a remarkable talent at the zenith of their career: an exciting prospect to watch unfold. 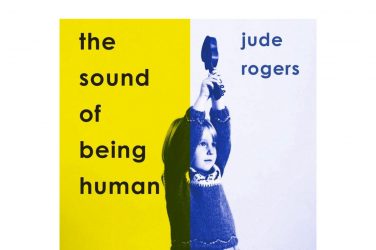 Book Review: The Sound of Being Human – Jude Rogers

The Sound of Being Human considers our life soundtracks, with context, emotion and astute observation. ... 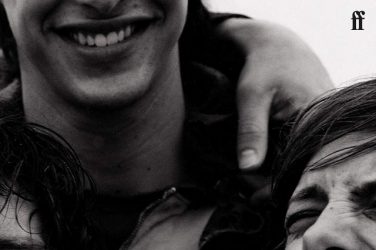