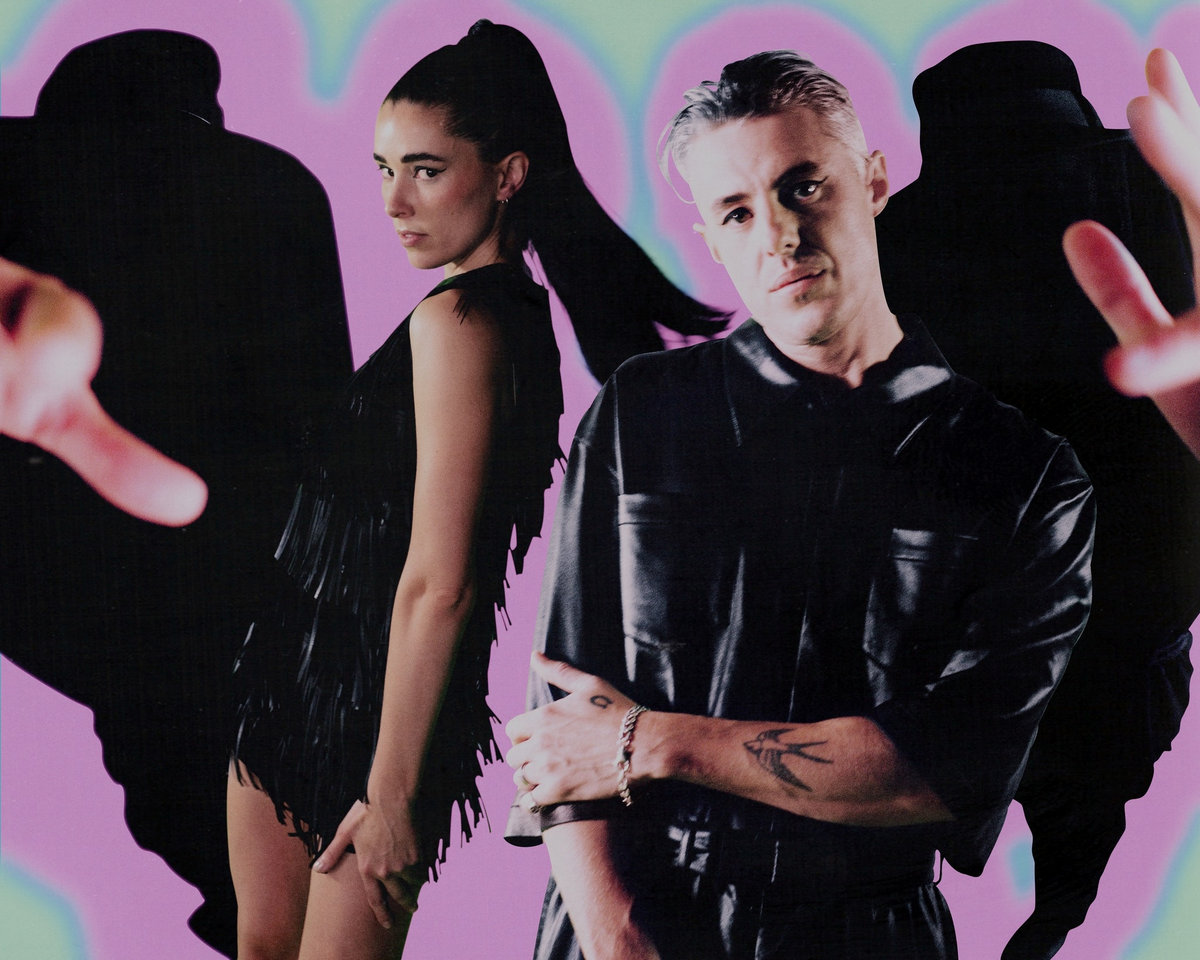 There’s a fine line between influence and pastiche with an act as nakedly retro as Confidence Man; the visual lifts from Betty Boo and the omnipresent David Beckham middle-shed aside, the music has a firm foot on the goldschlager-soaked floors of the nineties nightclubs, all piano house riffs and four-four beats. There’s nods to the processed pop of PWL in the multiple costume changes and hi-NRG dance routines – coming out in giant shoulder pads and slinking around the stage like power-dressing Skesis or a triumphantly camp light up conical bra and epaulettes.

Although this is ostensibly a tour for their new album Tilt; the set is almost entirely made up of singles, strutting giddly from chorus to chorus. They’re a pop band – albeit one that’s cloaked in a level of irony – which is up front in the sing-alongs to ‘C.O.O.L’ or ‘Boyfriend (Repeat)’’, big bouncy anthemic hooks that the packed, raucous crowd chant and jump enthusiastically along with as Janet Planet and Sugar Bones pounce and prowl around the stage. Even the instrumental section covering the third of the night’s costume changes raises a chant-along as it topples into ‘Sandstorm’ by Darude.

Fittingly, this feels like something from the pre-2020 world;dancing with strangers in a champagne spray, a brash determined hedonism that leaves the outside world alone for an hour. There’s a palpable sense of release in this, a room just forgetting about the weight of the last few years and losing it to the big beats and bright piano keys. The intent doesn’t matter when the party is this good.

Wojtek The Bear With a run of 2019 singles following on from last years’ ...