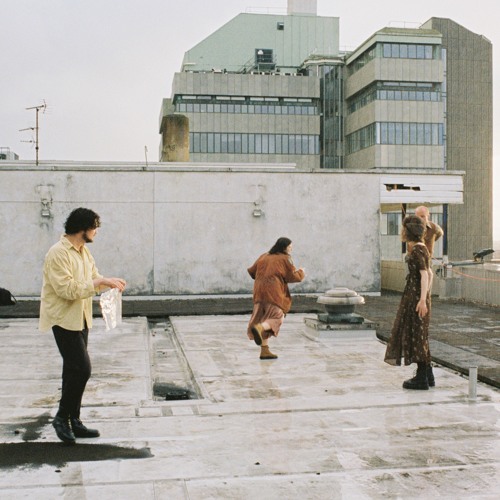 Hot on the heels of February’s frenetic single ‘Pig Fat’ and last year’s accomplished Wet and Tired EP, The Wife Guys of Reddit have taken a great, yet measured, step sideways with the upcoming release of their new EP.

With five tracks clocking in at a total runtime of less than fifteen minutes, The Wife Guys Walk into Oncoming Traffic manages to flirt with a slightly more psychedelic sound on some tracks, including the opener, ‘Wife Guys Diss Track’, without sacrificing any of their existing balance and identity.

The eclectic contributions of multi-instrumentalist Angus Fernie feel like they have taken a noted amble towards centre stage on this latest EP, and we’ve previously gushed lyrically about Elise Atkinson’s drumming, as well as the versatility in the guitar-playing and vocal delivery of Arion Xenos. Possibly the EP’s highlight, though, is ‘Gloria in Excelsis Deo’, where bassist/vocalist Niamh MacPhail delivers a fairly cathartic vocal over an unsettling swagger of a drumbeat drowning in a swamp of staccato, delayed, flanged guitars.

The Wife Guys are an instantly likeable collage of very identifiable individuals and every EP they release sees them mould themselves further into something more singular and unique.

They’re going to keep getting better and will be culturally unavoidable within a year. Some of us think that a level of cultural ubiquity has already been earned by them, but we’re just enjoying listening to their musical spaghetti hitting figurative walls and falling into an irresistibly seasoned platter, before the wider world realises what it’s missing.

Single review: The Steens – What a Way to Die

Album review: Spacemoth – No Past No Future 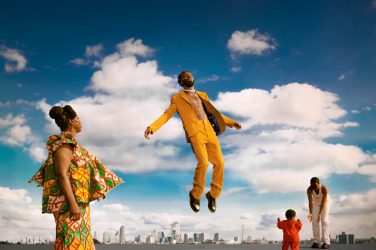 Kojey Radical’s Reason to Smile is an album of many faces. A soulful ode ... 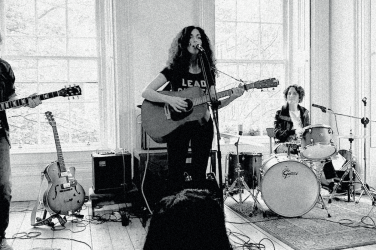 The Glasgow-based four-piece return with new single ‘How Can I Keep It Alive’, a ... 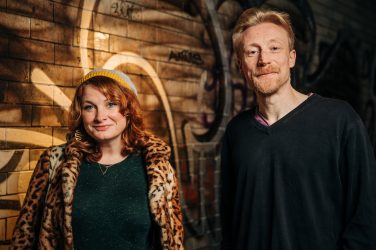 When The Arches closed in 2015 the place was notably close to many artists’ ...