Edinburgh Tradfest opens this week with an online concert from Shetland Springs: a celebration of the Shetland fiddle tradition. Recorded at Traverse 3 (Traverse’s new digital performance space) and presented by Edinburgh Tradfest in association with the Shetland Folk Festival, the concert will air at 8pm Friday 30th April – exactly 40 years after Shetland Folk Festival’s first ever gig. Curated by Catriona Macdonald (String Sisters), the hour-long gig will feature performances and conversation from Catriona and other luminaries from the northern isles, including Margaret Robertson, Chris Stout, and Ross Couper.

Episode one will be available from Saturday 1st May with Douglas and Jane-Ann getting the low-down from folk musician royalty Eliza Carthy, and fiddler Kevin Henderson (Boys of Lough, Nordic Fiddlers Bloc).

Douglas and Jane-Ann chat to Aaron Jonah Lewis, and revisit Edinburgh Tradfest’s collaborative music project, Wild Mountain Thyme, which was released to mark what would have been the start of last year’s cancelled festival.

Douglas and Jane-Ann interview Lizabett Russo about her cross-continent album Ensemble Eorpa, and catch-up with fiddler Mike Vass. Plus a day in the life of Kinnaris Quintet.

Canadian bluegrass/folk singer and multi-instrumentalist J.P. Cormier speaks to Douglas and Jane-Ann, and the pair sit down with Scottish folk band Malinky.

Douglas and Jane-Ann sit down with all-female folk band The Shee, and Skye piper Malin Lewis speaks to the Finnish Frigg.

The first Doctor of Artistic Research in Scottish Music, Lori Watson sits down with Douglas and Jane-Ann, and fiddlers Sam Sweeney and Laura Wilkie discuss the differences between Scots and English fiddle traditions.

Douglas and Jane-Ann talk to the polyrhythmic duo of Evie Ladin and Keith Terry, and we experience a day in the life of Gaelic supergroup Dàimh.

In this final episode Douglas and Jane-Ann interview Nuala Kennedy and Eamon O’Leary; and folk-singer Steve Byrne looks back on the life of Eberhard ‘Paddy’ Bort.

These conversations will be interspersed with tracks and stories from across folk music; witness the origin story of cutting-edge klezmer band Moishe’s Bagel with Moishe’s Fables; relive hilarious touring mishaps with Shooglenifty; and gain an insight into lockdown life for a folk musician from Daoirí Farrell, Project Smok, and The Shee.

Elsewhere on screen, the Scottish Storytelling Centre will host the online launch of Scotland Online: A Directory of Musicians (Friday 7th May, 8pm), a comprehensive and ever-expanding list of musicians working and recording in Scotland. Presented by the Traditional Music Forum and TRACS, the launch will feature special pre-recorded performances by Rachel Hair & Ron Jappy, Maeve Mackinnon (with Ali Hutton & Luc McNally) and David Foley & Jack Smedley (with Jenn Butterworth), as well as a live Q&A with the artists.

Finally on Monday 10th May, Edinburgh Tradfest presents its live streamed finale, the much-anticipated Rebellious Truth from St Cecilia’s Hall in Edinburgh and presented in partnership with the Department of Celtic and Scottish Studies at the University of Edinburgh. The evening will explore our passion for the traditional arts, its history and future, and will mix live performances and presentations from School of Scottish Studies Traditional Artist in Residence Mike Vass accompanied by Mairearad Green, and Scottish singer-songwriter Karine Polwart. 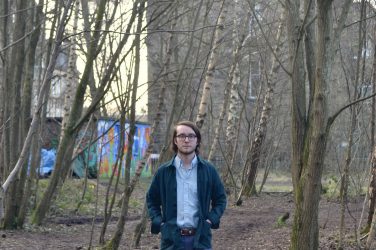 Shores is the debut album from Scottish composer Fergus Hall. The album is a ...