Ridley Scott’s Blade Runner is a film infused with such incredible aesthetic grace that it can’t help but enrapture, despite its depressing vision of the future. Mexican director Michel Franco’s New Order could not be further from Scott’s aesthetic approach, but his film shares an unrelentingly grim tone, and dials this up even further. While not everyone’s idea of a fun Saturday night, New Order is a vital, searing comment on Mexican society and society at large that deserves to be seen by a wide audience to get its point across.

Marianne (Naian Gonzalez Norvind) is the daughter of an upper-class family, and is enjoying her wedding day. A man who used to work for the family shows up to the wedding, saying he needs money for his wife’s heart surgery, which leads Marianne to try and get across the city to give him the money he needs. Meanwhile an uprising is occurring, and protestors storm the wedding. Marianne is captured by soldiers, and the family will do anything to get her back.

The opening scenes of New Order fail to convince; it opens with a soap opera style that removes the viewer from the story. Once the crux of the narrative begins though, with the backdrop to the families woes (the uprising) taking centre stage, it grips. The performances of Norvind and Diego Boneta as her brother Daniel are top class, with Norvind convincing as the moral centre of the film who goes through immense suffering. The shades of Boneta’s character are brilliantly portrayed; it’s easy at some points to feel for him, but more difficult when his narcissism rears its ugly head and his decisions cost lives. Most other characters are not given enough screen time for real depth, which is disappointing, but then its run time is just under 90 minutes.

New Order pushes the brutal state of affairs of its narrative in our faces, and implies that this could easily happen in real life. The film depicts a rotten system wherein revolution is needed and the lower classes have had enough. Director Franco has said this was meant to represent the social disparity in Mexico, and how many of those with money do not engage with the fact that there are millions living in horrendous poverty. Of course, this applies to many countries the world over.

New Order has tension, superb naturalistic acting (especially from Norvind) and a very tight script to spare, and despite its depressing nature manages to engage through these elements. The film has opened up a dialogue about the nature of the systems we live in, and has won two awards at the Venice Film Festival. It has inspired me to watch more of Franco’s movies, and inform myself about the country of his birth. Recommended to those with strong stomachs and open minds.

New Order is streaming on MUBI now, and available on Blu Ray and DVD. 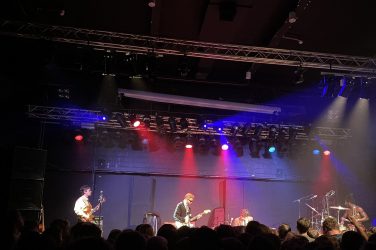 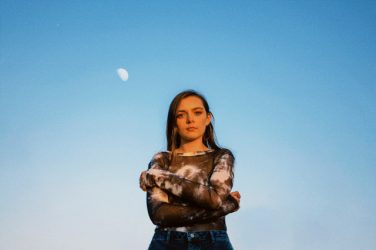