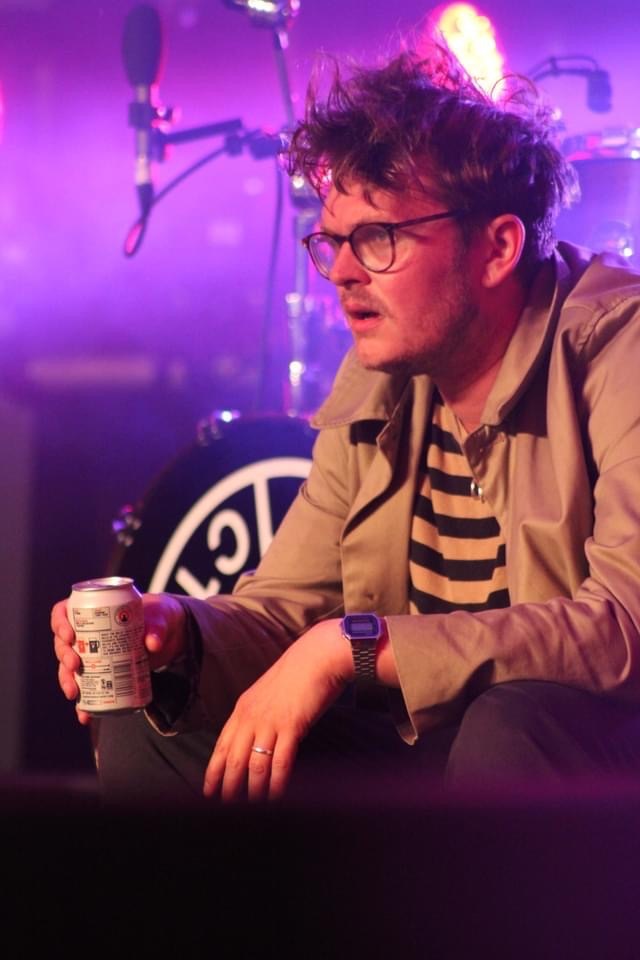 The mundane requirements of a working week mean SNACK didn’t start Doune The Rabbit Hole on Thursday night, missing out on Patti Smith and the promise of early pints, cans and Cava. It’s a bit of a blow, and no doubt many revellers in this boat had a touch of FOMO on Thursday evening.

On the bright side, though, and it got pretty bright from Friday lunchtime on, we were pretty sharp and in fine fettle for Poster Paints. The line-up might not be full of household names (unless you live in Lloyd from Olive Grove’s house), but they’re all hugely talented, helmed by two prominent pop writers.

Maybe it’s monotony or overfamiliarity on behalf of the acts and scene, but the Scottish music white boy guitar style is slowly strangling itself (with some notable grassroots exceptions). Dark Fruits drinkers can holler their disagreement as loud and as long as they like on that, but there’s not much interesting coming out in a scene we excelled in.

However, this isn’t bad, and acts like Poster Paints serve something different. Pop music is in a good place right now up here, be it traditional and warm pop as on show in this set or the more electro styles emanating from bedrooms across the land; you’re not far from a cheery singalong these days and SNACK is all for it.

‘Never Saw It Coming’ remains the shiniest gem in their jewellery box, but there wasn’t a misstep in the sunshine.

Of course, why opt for modern pop when you can have a set of botanical-based rock opera that ultimately offers greater insight into humanity than a month-long binge of Love Island? The answer is, as is typically the case, do both: which is why Poster Paints was eventually followed By Richard Dawson & Circle.

Folk, Finnish metal, jarring, touching, ridiculous in the right way, and very enjoyable. Who cares if you can’t decipher a word of it or work out what it all means, it was a set of great talent, musicianship and entertainment. Ideal for any festival setting?

In many ways, but in a highly different way, you can say the same for Warmduscher. In the era of remote working, sportswear is legitimate workwear, and the band were ready for business. A family audience might have winced at the choice language, but frankly, kids need to rebel against authority from a young age. It’s character-building. Also, it will touch more people when it’s couched in a substance-free but always immensely pleasurable electronic fuzz.

Warmduscher knew there was a party to start, and they had the keys in the bowl in no time at all, right beside the ‘Disco Peanuts’.

SNACK isn’t in the business of criticising Scottish artists; we prefer to say nothing at all rather than being nasty for the sake of it. However, Amy Macdonald’s negging of the crowd seemed a bold move. With so much choice on offer it can be difficult to keep hold of a festival crowd, you think she’d be a bit more welcoming to the folk that stuck around!

When you’ve sold as many records and played to as many crowds as Amy has, you’ve no doubt honed your stagecraft to a fine art. Yet, please give us the positive star power of Stina from Honeyblood any day of the week.

The Saturday afternoon set got off to a sticky start, with drummer Debbie Knox-Hewson held up on the way back from Portugal, leaving bassist Anna Donigan cooling her heels for a few songs. Stina ploughed on solo, lifting spirits and splintering hearts, even if, for me, it would have been brilliant if ‘The Third Degree’ was a band performance rather than the singer-songwriter holding the fort by herself.

Before too long though, one became three, and even with some light-hearted joshing of the delayed drummer, the trio powered on. It’s been more than 9 years since the group’s debut record, but songs old and new remain fresh and exciting. If you haven’t checked out Honeyblood yet, it’s never too late to get on board.

Then again, for genuine songwriter stardom, you don’t get greater than Graham Gouldman, and 10cc. Graham was the only one of the famous quartet on stage, but what a band, what a setlist; and what a man. Never mind what he conjured up with his bandmates, he also helped put acts like Yardbirds, The Hollies, Herman’s Hermits, The Mindbenders and more on the map.

For all those attendees who grew up with 10ccs Greatest Hits as a permanent fixture in their home, Saturday early evening was prime-time. And it lived up to expectations. Of course, it’s hired hands (albeit a talented and hardy bunch to replicate the original vocal talent) delivering a slightly cabaret show, but with so many wonderful songs, you can only give yourself up and let the band fly you away.

I don’t like cricket, and I never will, but ‘Good Morning Judge’, ‘The Things We Do For Love’, ‘I’m Mandy Fly Me, ‘Rubber Bullets’, and of course, the behemoth that is ‘I’m Not In Love’ are songs that reside in hearts and minds forever. The slightly cheesy end means not paying full price to watch them in their standalone show feels like the right decision, but it was a magical set that would have made the day by itself!

It’s hard to follow an act like that at a festival. Camera Obscura were next on stage, finishing on a high with ‘Lloyd, I’m Ready To Be Heartbroken’ at least half of the SNACK team had a ball watching Camera Obscura run through their back catalogue while the other half opted to nip off elsewhere. ‘French Navy’ was an obvious highlight, as were ‘Lloyd’ and ‘The Sweetest Thing’ and it’s great to see the band back playing live again after their 4 year hiatus.

A change of scenery was required, which Snapped Ankles duly delivered.

It was a set of grooves, many significant instrumental passages, meandering moments, and what seemed like a lot of confusion in the crowd. Digital radio is great for bringing music to the masses but when an audience doesn’t know what a band looks like, or has an idea of what their stage show entails, it’s going to catch a few people out.

Still, returning to nature is a theme for many Scottish festivals, and it’s right at home at Doune. The foliage, forestry and greenery of the surroundings (inside and outside of the tent) allowed Snapped Ankles to create an altered state that was always interesting, if not always engaging.

There was a bit of trouble from there, and you wonder how many couples or households were slightly stretched on Saturday evening. The unfortunate absence of Orbital created a significant gap, with the festival organisers deciding a three-way clash involving Belle & Sebastian, Sleaford Mods, and Buzzcocks was the ideal solution.

This writer isn’t here to tell festival organisers their job, no more than they’d attempt to instruct me on whatever I do to fill my time and bank account, but it was a crushing blow to realise difficult choices were on the cards.

So, the first half an hour of Belle & Sebastian was excellent. From shambolic acorns grew a robust road-ready act you can trust to put on a fantastic show. The opening section was terrific, and no doubt the rest of the evening was too; there were certainly no complaints from others later. [Ed: Stina Tweeddale joining B&S for ‘Lazy Line Painter Jane’ was the highlight of a cracking set]

Sleaford Mods, though, was the prime draw as the sun went down. Even with the country plumbing new depths of depravity and insanity, there’s possibly a feeling that the Sleaford Mods are taken for granted.

Just because they make everything seem effortless and straightforward doesn’t mean that it is, and when you’re caught up in the vortex of their performance, you realise how essential the band remains. The new material blends excellently with the classics, ‘TCR’, ‘Jobseeker’, ‘Tied Up In Nottz’ and ‘Tweet Tweet Tweet’, and as you stumble out of the tent into darkness but fresh air, you wouldn’t swap the lads for anything. Ideally, the UK wouldn’t be going to hell in a handbasket, but if we must, at least we’ve got the tunes and channelled bile that makes it feel like we’re not alone.

And even for such a family-friendly festival, the politics of the Sleaford Mods was spot on; after all, many families are suffering at every turn. Some attendees might have wanted a lighter side of entertainment, but there’s politics everywhere you turn; it might not be as overt as it is with Sleaford Mods, but it’s there; and it’s necessary.

Whether it’s the female empowerment cries of ‘Babes Never Die’, the financial machinations of ‘The Wall Street Shuffle’ or ongoing issues with a local council forcing residents to drop unwanted timber off miles away of ‘Tip Trip’; everything is political these days (and the latter was also a big tip of the hat to that schmuck Waldo Jeffers).

So, as it’s all politics, we’ll round up with Friday night’s breakout group, Yard Act. There’s a feeling of immense momentum about Yard Act right now: they’re on point and on the up. That’s not a bold claim, they’re fresh from a collaboration with Elton John, and they might become accidentally rich off the back of it, but they combine social commentary with choruses. If it were that easy, everyone would do it, but few do; when it’s done well, it’s magical.

Yes, the obligatory ‘Fuck The Tories’ chant was never a bad thing, but the band has a sense of politics that stretches beyond the party into the social. Songs that target greed, gentrification and laments for what we thought we had aren’t new, but when you package them in such a way they’re catchy and danceable, bigger things are on their way.

James Smith had the audience with him from before the first note, jibing and cajoling throughout but leaving no one behind. Almost the opposite of the people we vote into power these days, but even with all that, the songs shine through. Yard Act will only become more prominent as the year, and years, progress. Do yourself a favour, get into them now, and not just because that Madman Across The Water told you.

So Doune The Rabbit Hole was a blast, an event that was years in the making and one that passed in the blink of an eye. Let’s do it again if we’re all still around next year. 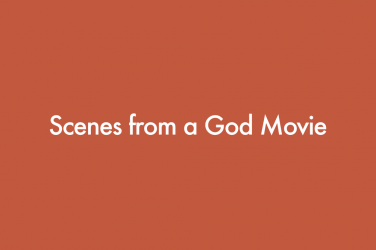 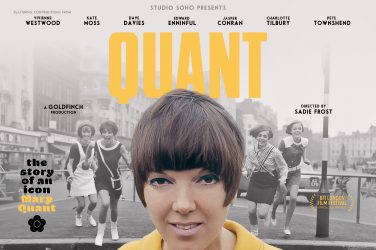 The fourth Central Scotland Documentary Festival (CSDF) showcases a roster of 21 films, with ...