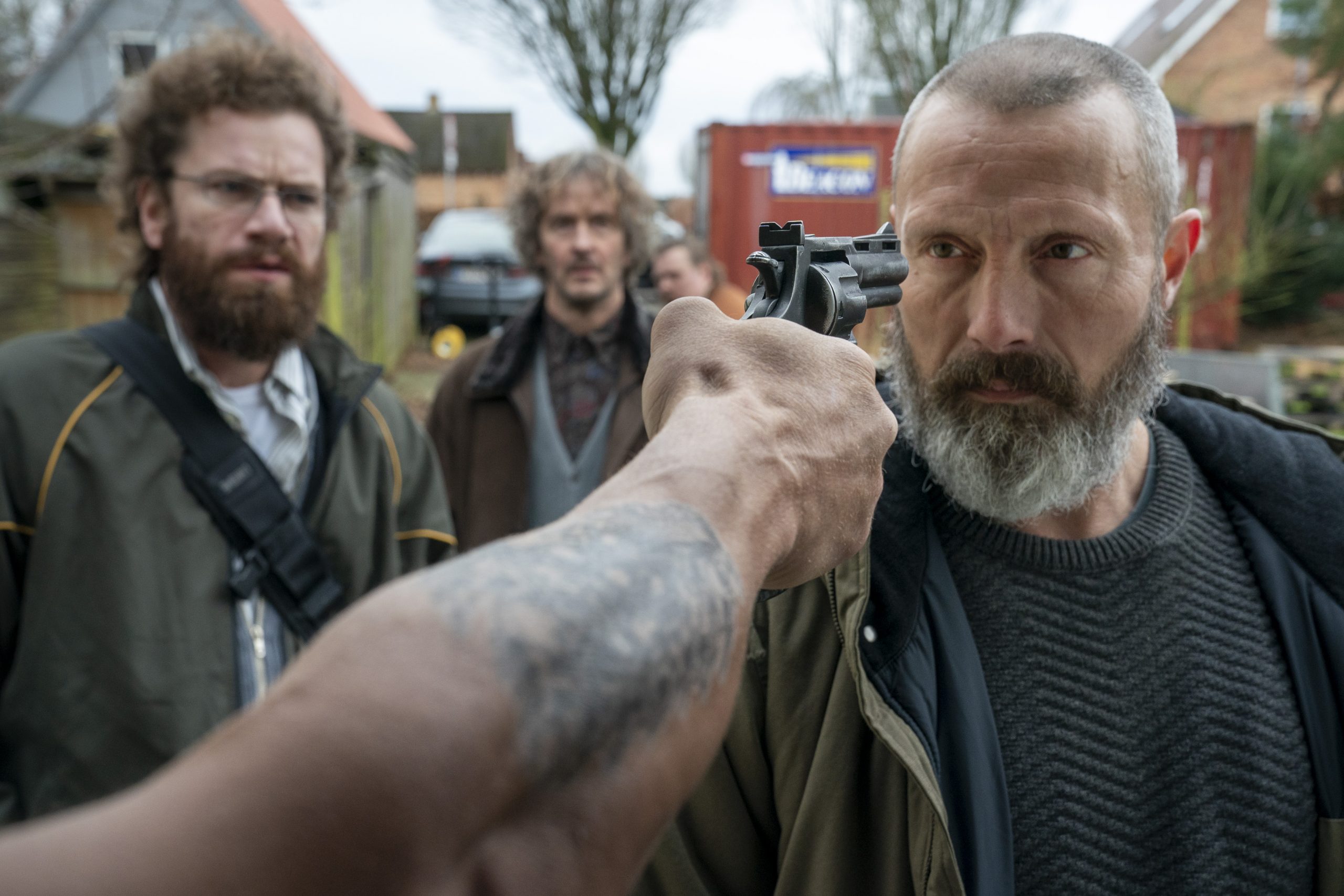 One of the great things about attending film festivals, as anyone who has can attest, is stumbling upon a movie that completely blows you away. Despite having read a little about Riders of Justice and watched the trailer, I wasn’t prepared for how great this movie is. While being one of those pictures wherein suspension of disbelief is a requirement, I sat back and equal parts laughed, cried, was thrilled and in awe of the depth that infuses every frame.

Markus (Mads Mikkelsen) is a soldier living in Denmark, whose wife and daughter are involved in an accident while he is away, and his wife does not survive. Otto, who was involved in the same accident, uses his scientific brain to surmise that there may be more to the situation than meets the eye. Along with a motley crew consisting of computer geek Emmenthaler and scientist Lennart, he seeks out Markus, and the four hatch a plot for revenge on the seeming culprits, biker gang the riders of justice.

Nothing about this movie is straightforward. The approach to character is idiosyncratic and constantly surprising, with all of the main characters given nuance without straining the running time. Mikkelsen gives a performance of great weight and pathos, portraying a man of detachment and near-psychosis, whose journey is beautifully written. Andrea Heick Gadeburg    as his daughter shows good acting ability, and is the most together person among this band of mentally damaged people. The antics of Emmenthaler and Lennart add lightness and depth to a dark story, and their characters have back stories and scenes that give them three dimensions. For example Lennart’s past of sexual abuse is disturbingly revealed, and helps explain his eccentric behaviour.

Writer/director Anders Thomas Jensen creates a moody, exquisitely chameleon-like atmosphere that leaves room for bursts of brilliantly staged, very violent action, pensive dramatic moments and laugh-out-loud un-PC comedy. It’s made me immediately seek out his previous films. The big hole in the plot we have here is why the police are not involved, considering Markus murders numerous gang members with a machine gun mid film, and things only get worse from there. At times the film’s credibility is strained as the drama and characterisation is realistic, whereas some scenes are OTT with violence. These are minor faults in a movie that had me gripped from start to finish, and is already a favourite of mine this year.

Riders of Justice was screened at the 2021 Glasgow Film Festival, and will be released in the spring.