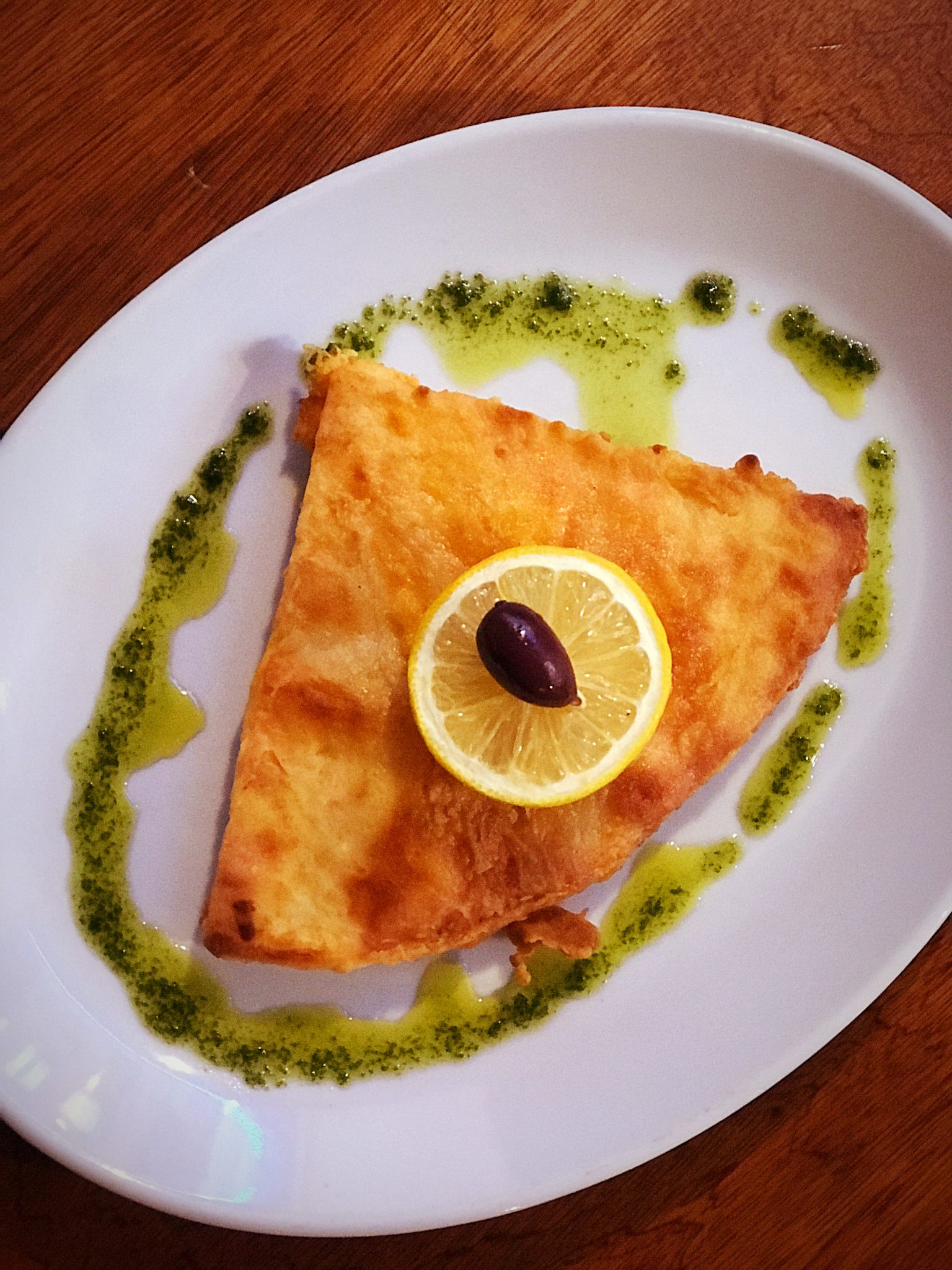 But why share when there are other delicious starters on offer, like Avgolemono soup? Another dish we weren’t aware of prior to this visit, but oh so good. It’s an egg and lemon soup, which sounds a bit odd, but it’s actually a broth that has been thickened with pieces of chicken and egg yolk. It has a tart, lemony taste, often associated with Balkan soups, and perfect for when you’re under the weather. After all, this is the time of year for colds and sneezes. It’s not on the menu full-time, but makes frequent appearances as a special.

Yiamas is an old-school family-run restaurant, featuring homely recipes crafted in the open kitchen. The main draw are the gyros, pronounced “yee-rohs’ and NOT “jee-rohs’. All your usual Greek favourites are here too: keftedes, dolmades, stifado, moussaka, pastichio etc. Yiamas also also have a tendency to go a bit off the wall, serving up a turkey, stuffing and cranberry sauce gyro at Christmas, and more recently, a pulled beef brisket gyro to welcome in 2020. The current ‘secret’ special is a chicken, pork and halloumi pita with salad, chips and spicy mayo all contained in the bread. Students, rejoice: all gyros are £4 to take away, whether they be pork, chicken, veggie or vegan.

Which brings us on nicely to our most recent visit, and the new vegan menu. When we think of Greek cuisine, we think robust food mostly featuring meat and potatoes… but that doesn’t need to be the case. The vegan dishes are simple and comforting – the Gigantes plaki, butter beans in a tomato sauce served with a fluffy flatbread, would warm the coldest of hearts. Likewise the Fasolakia giaxni, a similar stew, but this time with green beans and potatoes. Gemista is the most filling of the vegan dishes. It’s a plump red pepper stuffed with herby rice, tomato sauce and fresh parsley. We also had the snacky dolmades, grapevine leaves filled with herbs and rice. These are reasonably priced at £4, as is the butterbean stew.

This time we actually made it to pudding, a feat previously unachieved (given that we both usually stuff our faces with a gyro). The Kadifi came recommended – kadifi is what I thought for years was baklava. Kadifi is the sweet, chewy dessert with vermicelli-like texture, while baklava is geometric layers of filo pastry. Both have nuts and syrup, are baked in the oven and neither are vegan-friendly, like all their desserts, unfortunately. 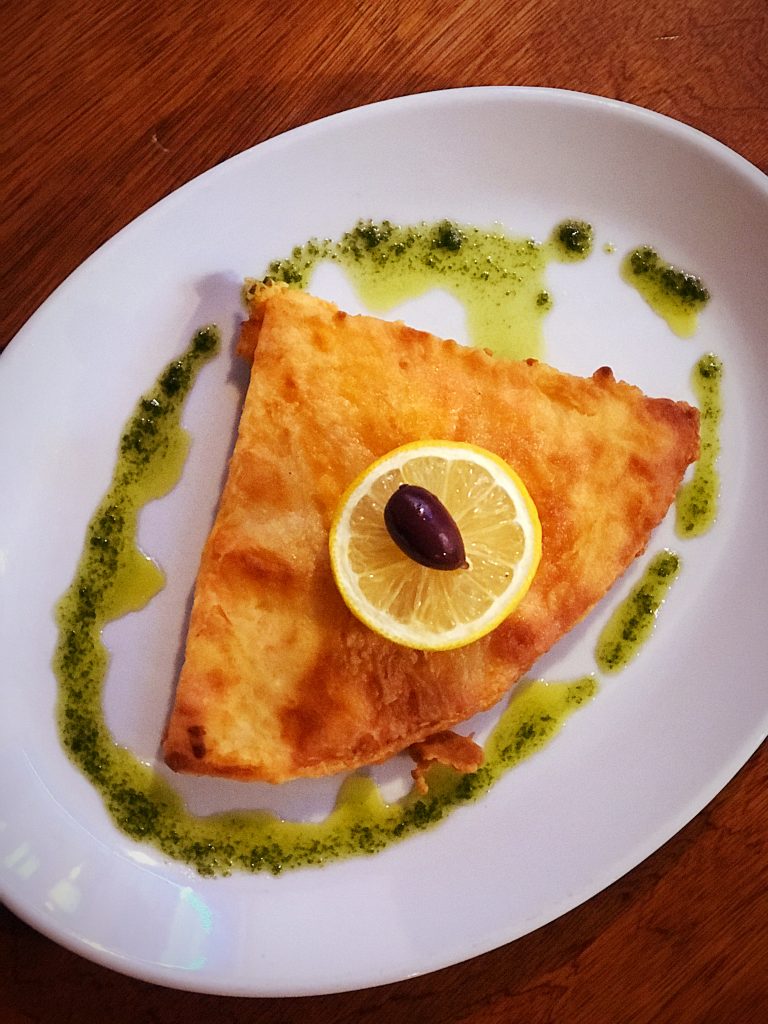 To wash this down, there is of course Greek coffee. You can request it sweet, medium, or with no sugar. Like all good Greek coffee it is strong stuff. For the more delicate, there is Greek mountain tea (Sideritis) which is said to cure the cold, aid digestion and even treat anxiety. Have some after the Avgolemono soup, to cure all ills.

I can’t believe we’ve got this far and not explained that Yiamas is Greek for ‘cheers’ and they have a selection of Greek beers (Mythos, Alpha and Fix), Greek wine including Rhoscento (a sparkling prosecco-type wine), Greek spirits and liqueurs like raki, ouzo and 3 types of Metaxa brandy.

There’s also a new pre-theatre menu we haven’t tried yet, and a special Valentine’s offer of two gyros, two glasses of Greek prosecco and live music for a mere £13.95. This is especially great when you consider that the 14th falls on a Friday this year.