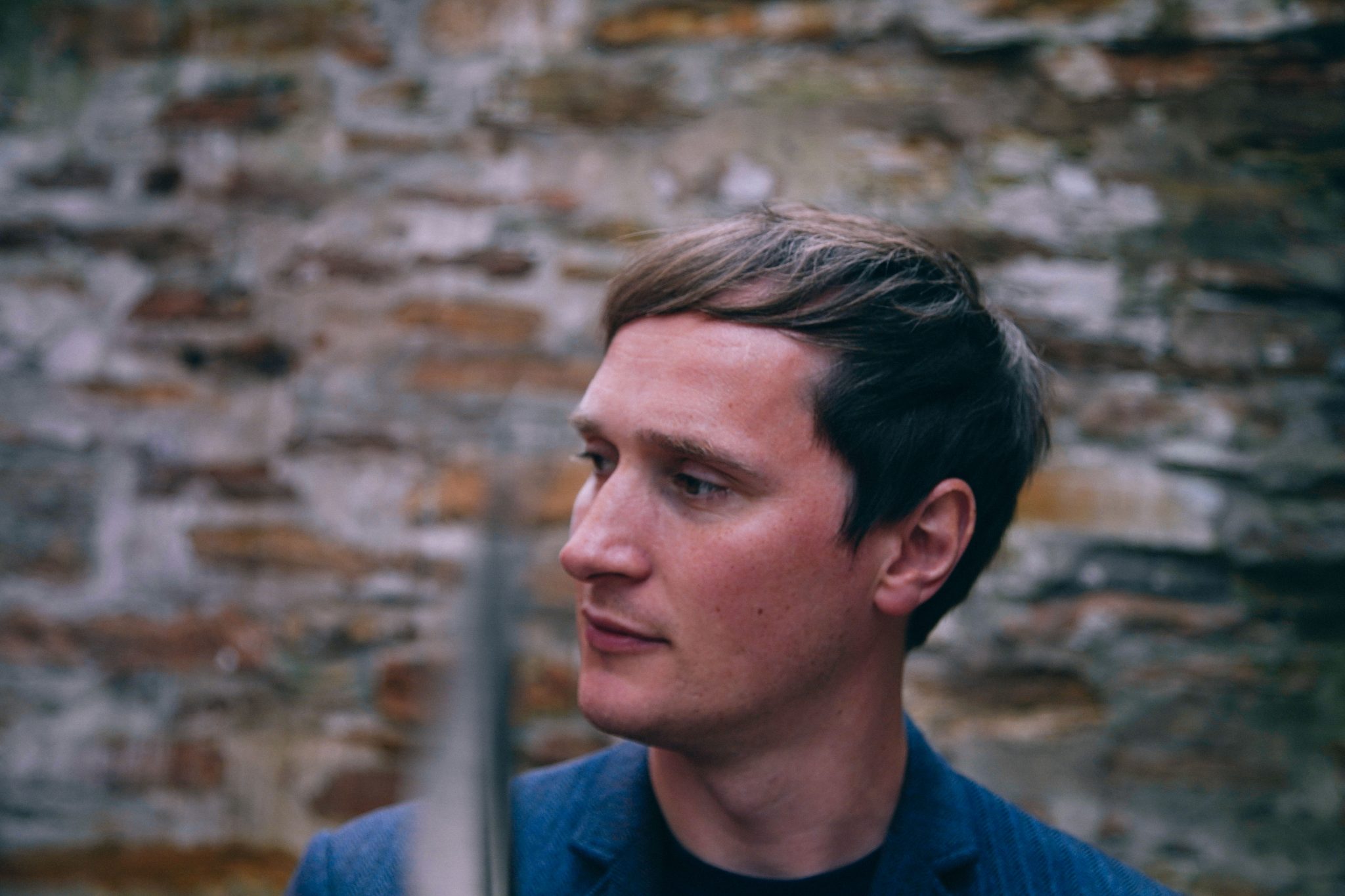 Erland Cooper’s ‘Orkney Triptych’ is a transportive and often stunning blend of contemporary classical, electronica, spoken word, and ambient, with nature, folklore, and notions of home at its heart. It began as a personal project as he set about creating a musical tool to help cope with city life in London, away from his native Orkney.

Solan Goose, the first of the three albums, focuses on the sounds of the Orkney air: birds chatter and misty choral lines call; brave piano melodies lament. The second, Sule Skerry, his paean to the seas surrounding the island, is structurally bolder and more direct than its predecessor. It’s the home of some of the most immediate songs of the three and sees him collaborate to wondrous effect with Kathryn Joseph, Kris Drever, and Hiroshi Ebina on ‘Flattie’.

Hether Blether, the final album of the three, sees Erland move his attention to the land, community and myths of his homeland. Kathryn Joseph is back whispering in your ear for opening track ‘Noup Head’ and the swelling narrative heart of the album ‘Longhope’. It’s magical.

We caught up with Erland to chat about the new album and its place in the world. As we speak, Hether Blether has been out for a week and London, where Erland now lives, is shrugging off its restrictions and beginning to emerge from lockdown.

Where are you at the moment?

I’m in the East side of London in a studio with no windows, but it’s a gorgeous space all the same. Just coming up for air and I’m going to get myself a wee hot chocolate or something. They’ve just opened up the coffee shop again…with socially distanced glass and all of that stuff. It’s all kind of surreal, so I thought I’d treat myself. It’s the little things, you know?

It’s about enjoying the slow process of certain things. Though I think the pace has changed again now. I was saying that with the seismic social reaction, quite rightly so, everybody is just wanting to get out. I think when the government went ‘Alright, you can travel to work’ everybody just got into their cars, and suddenly it’s been quite surreal around here. I’ve been one of the few folk able to walk to my studio at 6am and back late at night. Now it’s all changed. Every day was like a Sunday morning, and now it’s full on again.

I was doing the NHS volunteering, quite a lot of it actually – I’ve got a wee car. But I must admit, it was quite selfish of me, really, because I just wanted to get out and about. [laughing] So that I wasn’t stuck in a studio with no windows, and I was able to drive to, say, St Paul’s with no-one around. So it’s all changed now, in London.

I feel that solitude is part of the job – I’m kind of used to it, I guess. It’s good that everyone else is experiencing a bit of that as well.

I read an interview where you said that the album, and perhaps the trilogy, would only be complete once it was out in the world and people were listening to it.

Yeah, I always feel that a project is truly finished when it’s in someone else’s hands. It’s in your lap now, it’s in your ears, it’s out there. And you don’t know truly what you’ve made until it’s no longer yours. It’s always mine, but until it’s out in the world and listened to, enjoyed, and ripped to bits and shredded by all sorts of folk – that’s when you really know what you’ve made and you can move on, I think.

When you get messages from folk…I think I had forgotten that feeling. You make something, and then the team put it together, manufacture the record and all of that stuff. And then of course the pandemic hit and and it felt important to me to still get it out. I don’t care that we’re not playing shows to promote it. It’s ok – just get it up and out in the world and let it do its thing.

I feel this sense of, not just the last six months to the year putting it together, but actually the whole three/four year process now coming full circle. Now that it’s out, just last week, you’re getting all of these messages and kind folks writing about it. Suddenly the work that’s been a journey has been one-part exploration, one-part necessity. It all comes flooding back, a bit like going out and running across the shore, getting caught in a changing weather pattern, soaked, and it drying up again all in the same hour – it’s a great feeling. It feels like it has come full circle.

So you finished the album in December?

Yeah, every year I’ve released a record, intentionally, in Spring. That was the whole point, to release it then so that it felt like the start of the seasons. I don’t know if I’ll be able to break that cycle.

I guess the world felt very different back in December from how it does now. Is that something that is going to transform how people listen, do you think?

I think, as we touched on at the start, solitude and feelings of escapism are always present for me in London. I want to be back on an island, or even just back in Scotland. So those themes were always present. Those themes of community, people and storytelling, escapism, and transportation have always been very dear to me. I know many people are realising now that these themes are important to them too, as they’re forced upon them. So it certainly resonates with me, and perhaps with others who are starting to value those things that we take for granted sometimes. But for me those themes were always there. They just seem even more bittersweet right now.

Collaboration is central to so much of the trilogy. When you’re recording the sounds and spaces of Orkney, to me that feels like collaboration also – you’re leaving the door open to some outside influence to come into your work.

I always think the best questions answer themselves. That’s a lovely question and you’re absolutely right. It’s a collaboration with the landscape, allowing other elements to come in.

The story of Hether Blether, in folklore and your song, is about an island that appears and disappears. The music is mournful and at the same time carries hope. Do you still feel that sense of grief from being away from Orkney, or has the process of making the work helped you come to terms with it?

I won’t go into it too deeply, but it’s definitely a redemptive process. It’s one-part remembrance and one-part celebration. And with remembrance comes melancholy, a hopeful melancholy. On balance, the hope is slightly more prominent as it soars to its conclusion. That’s the reality of life, to me anyway: happiness is aspirational. You can never be happy all the time or even half the time, but you aspire to be. And if you put yourself in an environment where you can aspire to be happier, then that’s a good thing. I think perhaps the records, both together and individually, touch on that. Which is why they sound both melancholic and also hopeful.

I guess one of the first things you’ll do, when you’re able to, is go back to Orkney?

Oh yes! The first thing I’ll be doing is going to get a ferry home and then walk around the Point of Ness. I was supposed to be there with Amy Liptrot, the writer, we went to school together. We were going to visit the island of Sule Skerry, which is a real place, unlike Hether Blether. That’s not going to happen this year, I imagine, but I still want to head up. My folks are up there and I’ve made new acquaintances and friends, funnily enough, online, who have found the music in lockdown, which is brilliant. They’ve been sending me pictures and snippets…it’s been brilliant. So yes, I’m going to book myself a ferry in Autumn.

I’ve never been to Orkney, but when I’m listening to the three albums they lead me to picture the islands and coastlines that I have visited.

That’s the point. You don’t have to go there. It’s about transporting yourself somewhere else for a moment. When you took the time to listen it transported you to other coastlines, to other places. And that’s the joy, to me. When I hear you say that I think Trilogy done. It makes you value your own memories and your own places. You don’t necessarily have to go to Orkney; it’s not a tourist guide. It’s just the essence of something.

Hether Blether is out now on Phases Records

All photography by Alex Kozobolis.

If you’re dreaming of being poolside or eagerly awaiting the re-opening of the clubs ...