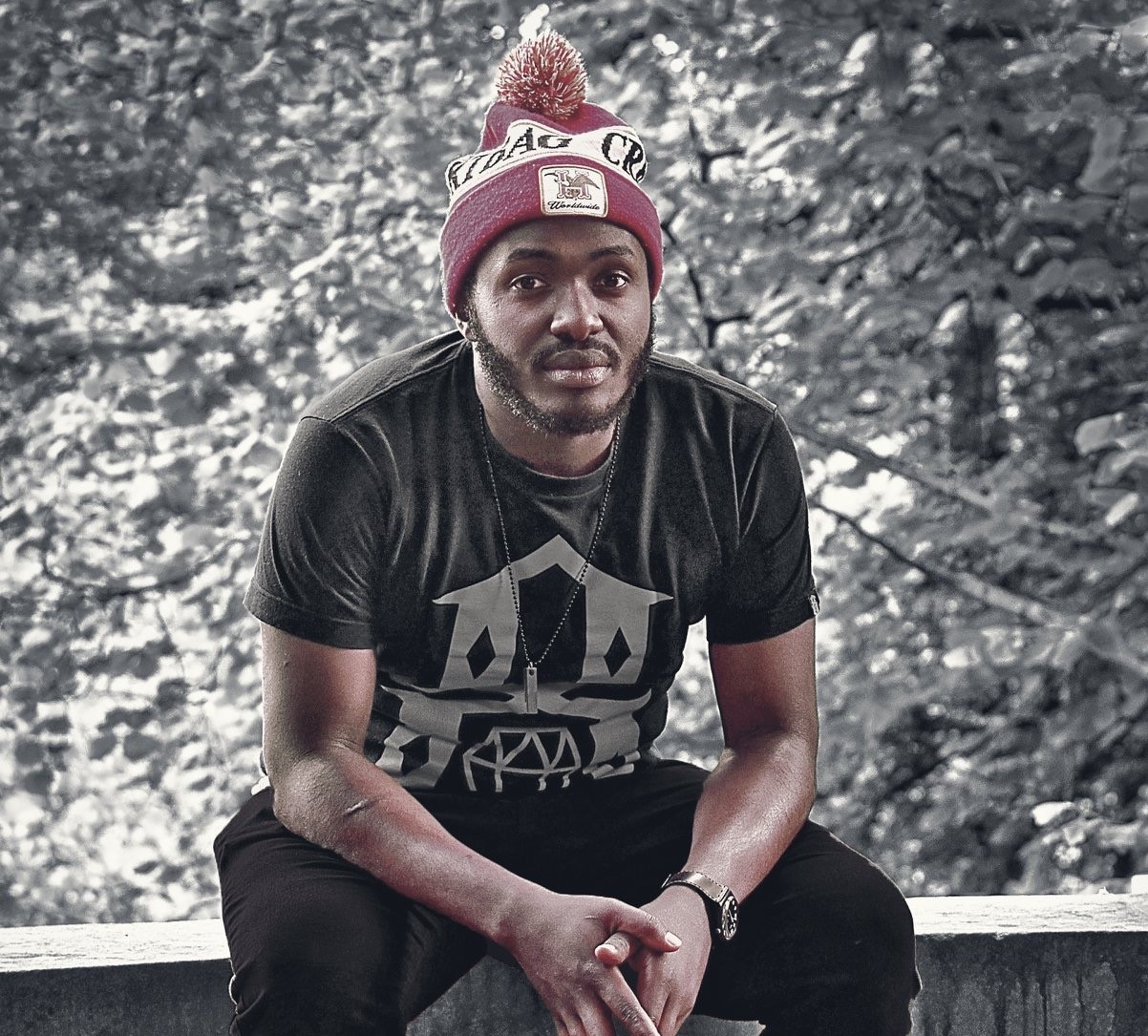 Etienne Kubwabo is a filmmaker, DJ, and comic book creator who has introduced Scotland to its first black superhero in his comic book Beats of War. SNACK spoke to Etienne to learn more about this exciting and ambitious project.

Tell us about Beats of War and the inspiration behind the story.

Beats of War is inspired by my experiences of living in Glasgow and Scotland. When I moved here in 2009, I never knew what to expect. I remember getting off the plane and meeting my family and it snowed for a wee bit – I was super excited to see the snow! When I joined college and university, I made some amazing friendships, but I was also struggling with low self-esteem, struggling to fit in due to the language barrier. Over the years I was able to settle and know how things work in Glasgow. But I still faced discrimination in some way, like being stopped by the police a number of times in one week, being followed by security while I was in shops, etc. So I decided to channel the anger I was feeling into creating and that’s how Beats of War was born.

Why tell the story as a comic book, and what and who were your comic/superhero inspirations?

Comic books are a medium I always loved growing up, but I didn’t really have access to them until I was in Glasgow. Being a filmmaker, I was trying to find ways I could make films about what I was experiencing and I realised that I needed a lot of resources to make a film. One night, at 3am, I was going to get some water from the fridge. I had an idea to create a comic book but I just wrote it down and kinda forgot about it. Then Stan Lee’s Black Panther character was made into a movie, and once I left the cinema, I sat down and wrote the first script of Beats of War. My character inspirations are Spiderman, Black Panther, Batman, and Kick Ass, and you can tell that I’m a big fan of Stan Lee and Mark Millar. I think their work is incredible.

Comic books rely on collaboration with others. Who did you work with, and how did the process work?

With Beats of War I have a small team of four, which includes Gary Chudleigh who co-writes with me and is in charge of production and design. Ben Wilsonham is our artist, and he is the one who takes our scripts and sketches and turns them into the epic coloured comic book. And we have Rob Jones who is in charge of lettering.

It always starts with me having conversations with myself. Then I write the first draft of the story, which I later send to Gary. Gary is very experienced in the comic book world, so he reads through, sends me suggestions and ideas to structure the story, and then he polishes it up properly. After we are all happy with the script, it’s sent to Ben who starts drawing sequences based on the script, and he constantly updates us till it’s all done. Then comes the lettering. It’s such an amazing process, especially working with people who are so passionate about their craft.

Your villains are the Razor Gangs – part of Glasgow’s notorious history. Did you have to do research to find out about them, and if so what did you find?

First of all I never knew about the Razor Gangs until I was chatting to my friend Liam, who is a big fan of Peaky Blinders. In the process of creating my villains from Glasgow, I wanted characters that had a bit of class through how they dressed and talked. So when I told my friend about these ideas he was like, ‘go research the Razor Gangs’.

I found out that they were street gangs who existed in the east and south sides of Glasgow in the late 1920s and 1930s, and they used knives. So I decided to make it more fictional, but paying homage to the history. I felt that having them as villains would set the tone of the story and also make it a bit relatable to people in Scotland who knew more about the history.

Glasgow is beautifully depicted in the book, using recognisable landmarks and places. Was it important to represent the city in this way?

I feel like a lot of filmmakers come to Glasgow and use it as backdrop to other cities, like New York, London, etc, which is great for the economy but they never mention Glasgow. I wanted to pay homage to the city I have grown up in because it makes me feel close to the city. I want all the cities of Scotland highlighted in this way. When I get to direct these superhero movies in future, it will be a superhero story set in Glasgow and that will take our city to the next level. I mean I love this city, so why not show the beauty of it?

There are other aspects to Beats of War, including a musical one. What can you tell us about that?

Music has always been part of my life. I believe it’s a universal language. The character finds music on Earth, which is something that he hasn’t experienced before. That’s why with every issue there will be a soundtrack – to help give a glimpse of what’s happening in the comic. I love music and stories and how they bring people together, and also help them escape. I always wanted to go an extra mile and give people something that will go with the book, to remind people that music and stories are the best way to change the world.

Many comic books have been turned into films and TV shows, some of them becoming the most successful of all time. What plans do you have for Beats of War?

Beats of War will definitely be turned into films, animation, and TV shows. The story is fresh, and as we go through the next releases of the comic you will get to see how different the story is and why it’s important to have it on big screens.

Are you pleased with the reaction to the book?

I am so happy, grateful, and pleased with the reaction to the book. I honestly love that people received it this way, because my team and I put our heart into it. I even received a letter from a wee seven-year-old boy called Ciaran who wrote, ‘I love Beats of War because it’s about a Scottish superhero and he is Black and it’s just so, so good’. This is why I do it, to inspire the youth for a better future generation.

Beats of War is available from mileawayfilms.com