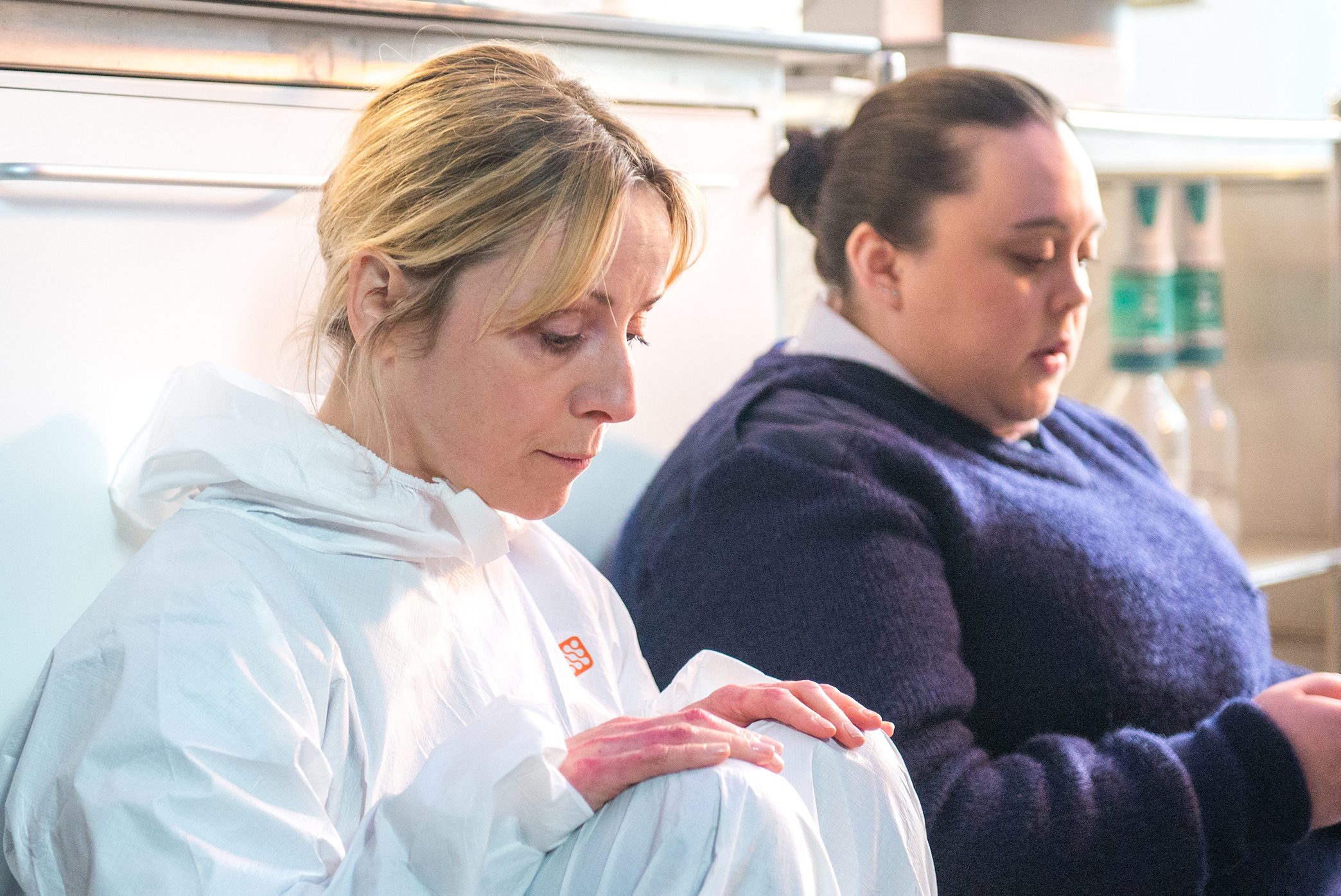 It was 2019 when GSFF and GFF separated, the former now too successful to be an undercard. That was unfortunate timing: two years later, GSFF still has not had its debutante ball, due to COVID restrictions. Nonetheless, the quality of the short programme remains arguably the highest in Scotland. This year marquee names include Palme d’Or short winner I am Afraid to Forget Your Face, by Egyptian director Sameh Alaa, and Letter to My Mother by leading Iranian filmmaker Amina Maher, who first came to prominence as a child star in Abbas Kiarostami’s Ten.

Other highlights include Sun Dog by Dorian Jespers, which was nominated for last year’s European Film Award and has taken prizes in Vienna, Kosovo, Hamburg and Rotterdam. Life on the Horn is a beautiful black and white film from Somalia by Mo Harawe. Scottish talent on display includes 12th Man by Caitlin Black, Expensive Shit by Adura Onashile, and Do No Harm by Douglas King. Scottish animator Will Anderson, who won the GSFF Scottish Jury Prize last year for Betty, will contribute to the opening event.

Such a diverse selection should elicit approving nods and ensure GSFF’s four awards (jury and audience prizes for Scottish and international submissions respectively) will continue to celebrate talent such as Anderson and Price. The latter won the audience gong himself in 2020 for Boys Night.

Yet gravitas may not be high on the agenda for all, admits GSFF co-director Sanne Jehoul, and this year especially programme diversity has needed to incorporate mood diversity. ‘People have gone through a lot. People are kinda tired.’ she says.

Consequently GSFF is counterbalancing its more cerebral works. One strand at GSFF is Barbed Wire Love, a collection of works about The Troubles curated by Irish filmmaker Myrid Carten and Peter Taylor, Festival Director at the Berwick Film and Media Arts Festival. Conversely, another strand is about dogs.

‘It’s pet therapy!’ Jehoul says of the canine collection. She does, however, stress these are quality films that happen to include dogs, not YouTube zaniness.

Other strands for an eclectic week include No New Normal, which explores emotions and concepts elicited by lockdown, and Black Spatial Imaginaries, showcasing works about geographic spaces and black identity, which is curated by Natasha Ruwona and returns for a second year. Cult Canadian filmmaker John Paisz is also on the card, presented by Matchbox Cineclub, while tension is tightened and relased by an array of late-night horror and comedy. Those seeking family animation will find it split into two categories for 2021: a general all-ages collection, and pieces aimed at 7+. A code for animations will be distributed via primary schools to grant parents access without requiring a full ticket.

Chatter about the strength of a programme is beneficial. Yet films alone do not a festival make, and for a gathering renowned for its punk personality and welcoming attitude to new filmmakers, Jehoul wants to avoid her baby becoming simply video-on-demand. Replicating the joy of an in-person event is impossible, Jehoul concedes: ‘I think people are tired of trying.’

But GSFF is reaching into the toolbox to inject a sense of occasion. One handy device is a medium already successful in the digital sphere: the podcast. This year, to celebrate the 10th anniversary of its Bill Douglas Award for International Short Film, not only will all past winners be showing, but past juries will interview the nine previous recipients for an auditory experience.

‘I think that will be quite interesting: it is a nice celebration for us, but also provides a different way of engaging with the festival which is not just on your screens,’ says Jehoul.

To ensure a hint of ‘you had to be there’, a further move is to limit certain sections of the week to 48 hours’ availability. Other works will be uploaded for the duration of the week. All films will have sign language or captioning by Matchbox Cineclub, films can be accessed through the GSFF website, and entry is covered by the single-fee festival ticket. That ticket is priced on a four-tier sliding scale between £7 and £14, although for those who wish to offer more a supporters pass is available.

Convincing the public to reach into their wallets is not always easy for short film, where the stereotype of free-to-view art school experimentation and its eye-bleeding results can dissuade those more used to watching features. However, Jehoul has a short answer and a long answer for why shorts are where standards fly. Her short answer for watching shorts is, simply:

‘Because they are better! And they don’t eat up as much time!’

The more serious rationale is that shorts possess a freedom that is impossible when larger investment is involved. That is why GSFF has been able to build a reputation strong enough to go independent, and why this year’s programme, broad enough to include Northern Ireland, a podcast, a wealth of Scottish and international films, and a side helping of dogs, will continue that success.

‘People need to see short films outside of the marginalised space that they imagine they’re in, and see they are not just wee tryouts,’ Jehoul concludes:

‘They are works in their own right, with something for everyone across every genre.’