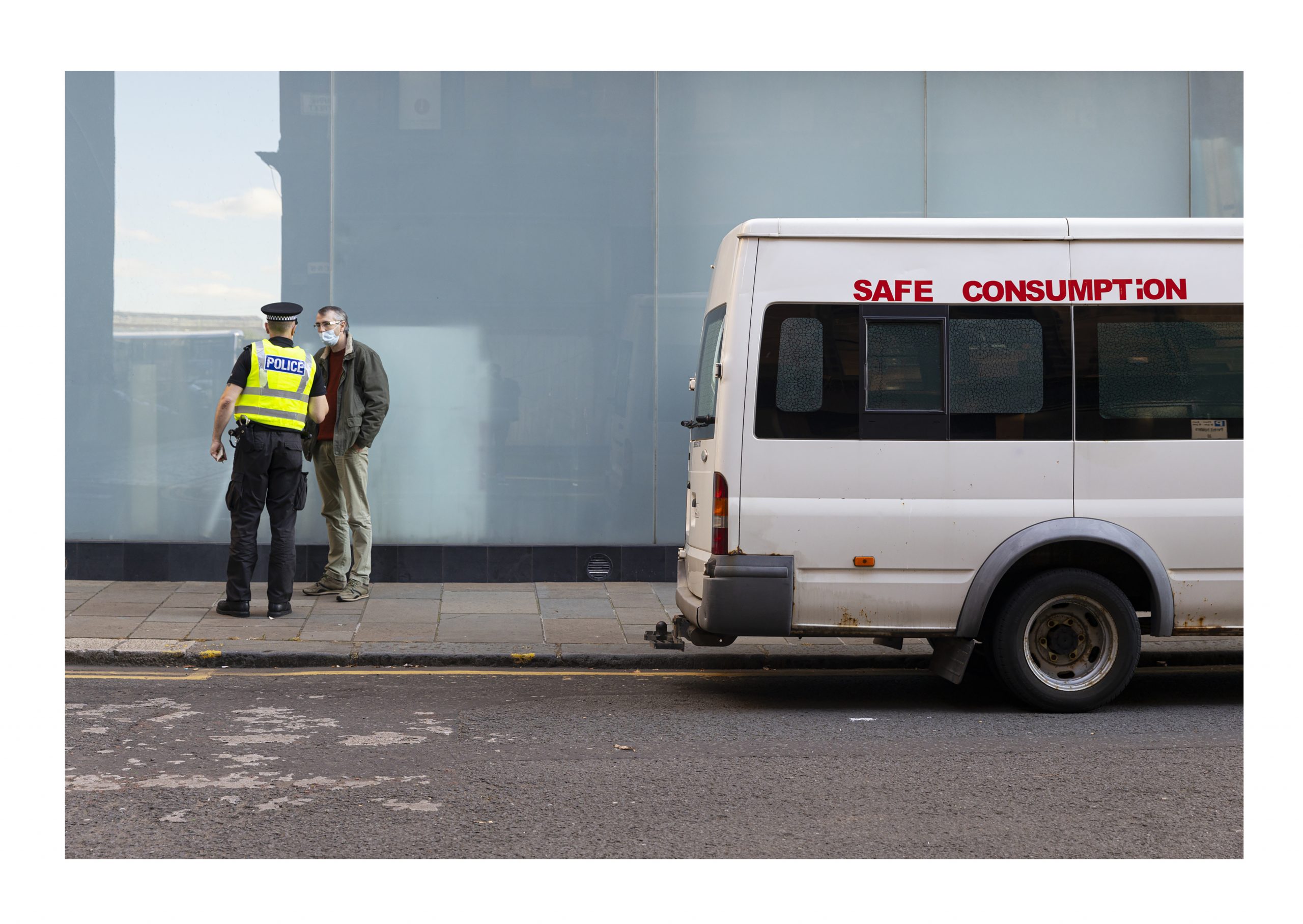 Scotland is in the midst of a drugs crisis. National Records of Scotland recently reported that 1,246 people suffered drug-related deaths in 2019. Figures for 2020 aren’t yet available, but it’s looking like the picture will remain grim. Overall, Scotland currently has the highest number of drug-related deaths in Europe. We are also in the middle of an HIV outbreak which, according to John Campbell of the Glasgow City Health and Social Care Partnership, is ‘due to people sharing drug-taking equipment’.

It is clear that we’re in urgent need of legal, safe and clean consumption facilities with empathetic and trained staff to tackle our immediate issues. We can learn from other countries who have ventured down a similar path, such as Portugal, Canada, Denmark, Australia, and Switzerland. Their facilities and support networks have decreased the numbers of drug-related deaths and drug-related crimes, reduced the spread of HIV, and increased the numbers of people in recovery programmes.

Peter Krykant is someone with first-hand experience of Scotland’s inadequate provision for overdose prevention. A former drug user himself, Krykant spent years working in community drug outreach projects. Last year, after becoming frustrated with the red-tape surrounding a promised Glasgow-based Overdose Prevention Centre which never materialised, Krykant visited Copenhagen, where he visited unauthorised community-funded mobile drug units. On his return to Scotland, Krykant bought his own van and had it converted to a mobile Overdose Prevention Centre. The unit now operates in the Glasgow area and provides a safe, sterile environment for drug users to inject.

Krykant has since held talks with First Minister Nicola Sturgeon and Angela Constance, the new Minister for Drugs Policy. Both have pledged their efforts to tackle Scotland’s spiralling drugs issues. All agree that there are key areas that need to be addressed: community engagement, frontline services, access to rehabilitation, and support for people living with addiction. A budget of £250 million has been promised over the next five years, provided that the current administration sees a successful result in the May elections.

Krykant holds some reserved optimism, telling the Falkirk Herald: ‘It feels, for the first time, like we’ve got the funding and equipment. They’ve put up the money. We just need action now.’

Krykant spends 4 days a week, unpaid, operating his mobile unit. The van recently failed its MOT and through the kindness of supporters, he was able to use donations to purchase an old ambulance. Krykant explains, ‘This ambulance has been used to save lives before and it will continue to do so.’ The symbolism is not lost on him either, saying to The Big Issue: ‘ There’s no mistaking what we are and what we’re doing. We’re not hiding – this is a health response to a health issue.’

He has bold red letters on the side of the yellow ambulance which state, ‘GLASGOW OVERDOSE PREVENTION SERVICE’ – a stark reminder to all who question the immediacy of the issue. Until direct funding is made available it is still vitally important that people donate, if they can, to Krykant’s GoFundMe page. The details can be found at the end of the following interview.

What led you to start an un-sanctioned, mobile, safe injection site in Glasgow?

I’d worked in health services in Glasgow City Centre, providing rapid, point of care, HIV testing for homeless injecting drug users. Doing that showed me the insanity of the current approach. Testing them and giving them clean injecting equipment but then leaving them to inject drugs in really dirty, horrible conditions. Conditions that increase their chances of contracting HIV or Hepatitis C but also of getting infections from injecting in conditions that are not sterile. The current HIV outbreak in Glasgow started in 2015. I couldn’t stand back and see this happen anymore. It’s always been about a push for Scotland to have an official site; we can’t service the estimated 500+ people that are publicly injecting from the back of a van. We don’t have the capacity to support all of those in need. They need additional support, which is also access to recovery treatment.

What services do you provide?

We provide clean injecting equipment, and each time the van it is used, it’s cleaned down afterwards and seat covers are replaced. We get people to agree to not deal drugs in and around the premises, there’s no violence or aggressive behaviour and everyone who uses the van agrees to an intervention should they overdose. We do ask about types of drugs being used, as we see a lot of powder cocaine being injected as well as heroin. We need to know how to respond in the event of an overdose. We’ve got volunteers who help: Paul Sweeney the former Labour MP has been out regularly. I’ve got an ex-nurse who volunteers every week for the full day and has been my main support with actually running the service. There are others who don’t want the limelight but are out every Thursday and Friday.

How important is Naloxone [a medication used in overdose situations, which blocks the effects of opioids] and the training to use it? Police Scotland are running a trial of officers carrying this medication.

The wider Naloxone is carried the better. Unfortunately, due to the criminalisation aspect of drug use, the police are normally first on the scene, so the fact the police can have naloxone with them when responding in the case of an overdose is fantastic. The quicker someone is treated with naloxone the better. It’s only on a trial basis at the moment, so that’s one thing we could improve quickly, by encouraging the wider rollout of naloxone being carried throughout Police Scotland.

How many people are using your safe consumption van? Is there greater demand since you started, and what do the people using your service say about it?

The numbers fluctuate: restricted movement due to lockdown has affected people coming into the city – for many their main source of income is from begging on the street. We have a lot of regular visitors as they know where we are and they’d rather be somewhere warm, safe and protected, instead of an abandoned car park for example. The demand is there for an official facility; we’d see a lot more regular visitors. A lot of people have a perception of the van being monitored by the police, but actually the police intervention has done nothing but make our van more popular.

My own background as a public injecting drug-user, being homeless, and the fact people know that about me [is reassuring to them]. Some of the stories we hear are really traumatic. A lot of adverse childhood experiences like sexual or physical abuse and some of the things people tell us are that this is the first time they have been treated with respect. They’re so grateful that we’re there, but wish we were there more often. This means they could potentially engage in treatment services as well. Less than 40% of people with problematic substance issues are in treatment. Which shows that the current treatment services aren’t working properly.

What are your hopes for the future with regard to frontline response, in conjunction with the new appointment of Angela Constance as Minister for Drugs Policy? Should much attention be paid to drug laws being under the remit of Westminster, as a hindrance to anything proactive up here in Scotland?

I hope that in 2021 we will see an official facility. Devolved drug laws don’t stop us from opening a supervised injecting facility. The laws are outdated – they talk about opium being prepared to be smoked and no mention of heroin being injected. Opium and heroin are two different drugs. We can clearly see that a safe injection facility for the preparation of heroin or cocaine is not against the Misuse of Drugs Act – just simply the possession of the drugs from the people coming to attend [is the issue]. This is the common thread coming from most drug policy and legal experts, so if Scotland has the desire to do this, they can.

I’m really glad about the appointment of Angela Constance to the Minister for Drugs Policy role – we need a minister dedicated to this issue. The last minister had to deal with drug deaths one day and then attend a football match the next day or deal with a sporting issue. This needs a 100% focus, and hopefully the new minister can put her full efforts into this and we can get some short, sharp, action to reduce these drug deaths immediately. The last minister [in the role] and the drug task force haven’t implemented any real changes to affect frontline services – changes that are needed to get those people not in treatment into treatment. Getting people into treatment is where we are failing at the moment. We know that the more people that are in treatment, the less will die.

How can someone concerned show some support for your work and positive change around drug reform?

The most positive way people can support this is just by talking about it. As will removing old stereotypes and realising that safe consumption facilities do not encourage drug use and do not encourage anti-social behaviour in the areas that they are located.

Businesses and residents in areas where these facilities already exist – like those in Sydney or the Dr Peter Centre in Vancouver, Canada – heavily support these facilities, because since they’ve started in these cities across the world they’ve seen drug use actually decline, as more people engage and then get into treatment.

Of course, they see less discarded equipment [needles] in public spaces, fewer hospital admissions due to infected wounds or complications to drug use, and all of that adds up to less crime and less police time. This is because they are not criminalising street-level drug users; they’re engaging and getting them into treatment.

All round, what society can do is research, look at the evidence and talk to your friends and family. Email your MPs or MSPs and ask them if they support these facilities and if they don’t, then ask them why not?

Peter Krykant has set up a crowdfunding page where all money raised goes to support the set up of sites in Glasgow, and potentially other areas of the country where they may be needed. This money buys medical bandages, defibrillators, heating equipment, lighting, gazebos, storage units, seating, tables, and fuel.

A small team dedicated to reducing the risks associated with drugs, promoting evidence-based policy, and improving the lives of those harmed by ineffective drug laws. 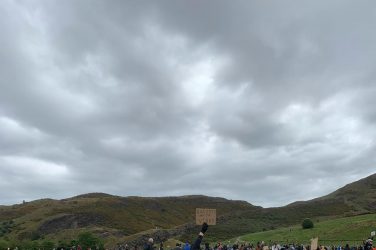 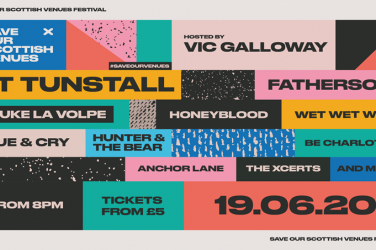