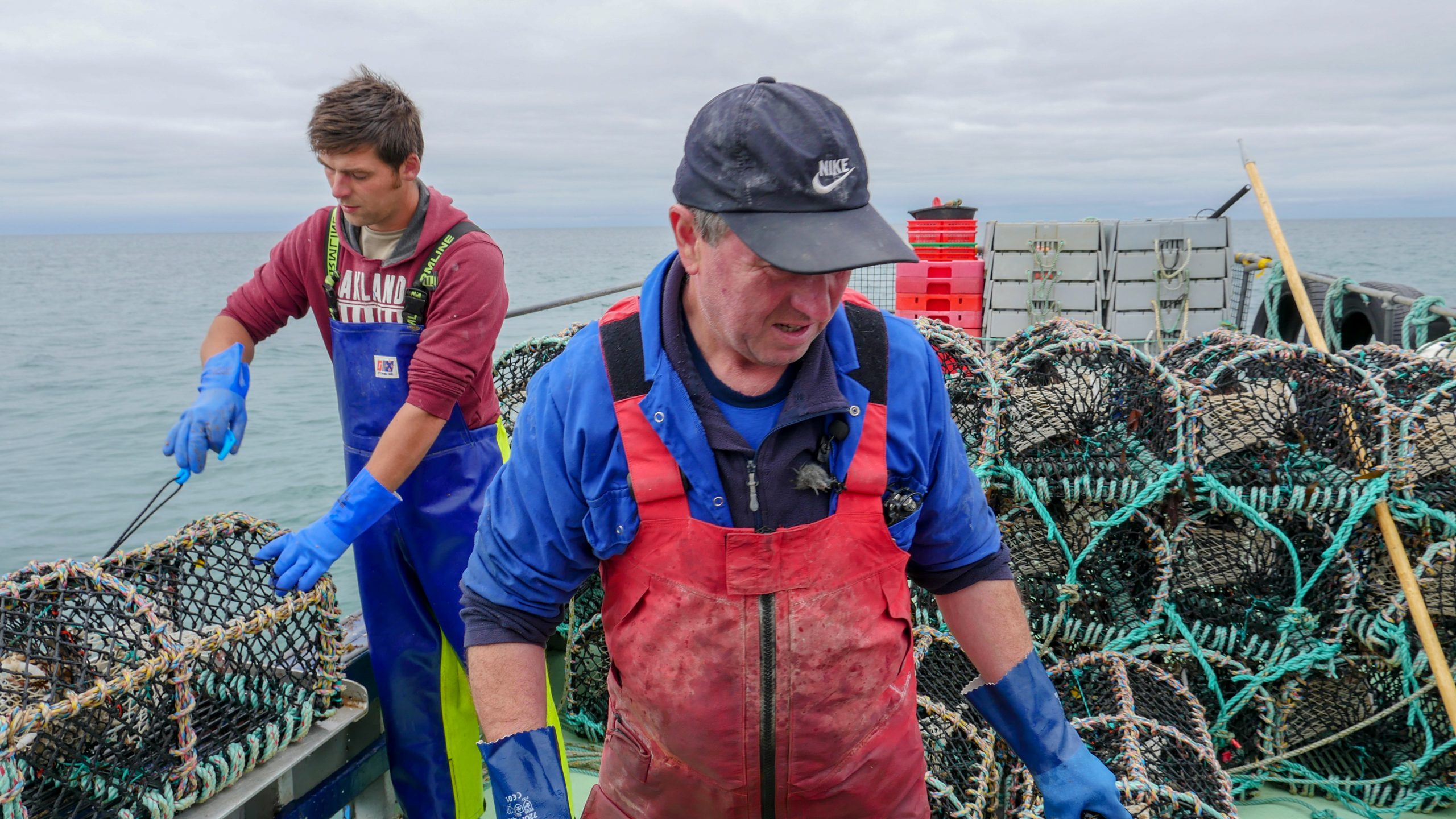 The Gaelic-speaking fishing communities of the Outer Hebrides, past and present, are the stars of Iorram, a modest ode to language and community from Edinburgh-based New Zealander Alastair Cole. Composed of audio anecdotes and songs recorded in the 1950s, accompanied by contemporary footage of working boats and a soft Celtic score, the piece is half-documentation and half-celebration of enduring language, lore, culture, and fishing techniques.

The quality of the anecdotes fluctuates between Abe Simpson-esque to striking tales of tragedy, as we hear of man after man lost to the sea. Slow, fully spoken, and without plot, there is no denying that Iorram was not created for the easily distracted. Those who enjoy films with a museum’s temperament will find this trip to Barra et al a relaxing and intriguing exercise in anthropology. The first fully Gaelic-language feature-length documentary may be a niche claim to cinematic fame, yet Iorram treats its responsibility to its Hebridean setting – from past to present – with understated enthusiasm and an academic’s eye.

Director Alastair Cole, 37, is an academic filmmaker with an interest in language. His previous work includes Colours of the Alphabet, a look at the challenges facing local language speakers in Zambia’s English-dominant education system. Alastair is a lecturer at Newcastle University, and holds a PhD in Trans-Disciplinary Documentary Film and a degree in Social Anthropology.

How would you describe Iorram?

I would describe it as a film about language and the Hebrides. Language, storytelling and fishing. At the heart of it are the islands themselves, but also the Gaelic language: they are totally tied together in the Outer Hebrides. And it is a film that uses sound archive and a contemporary visual portrait to link the contemporary and the past.

What sort of audience are you hoping comes to Iorram?

We obviously hope that this speaks to the Gaels, because the archive itself is the family of everyone living in the islands. In fact, to clear the archive we had to get the signatures of the next of kin of the 80 voices in the film, although we quickly realised the small communities knew all the voices and the people. But we want this to speak to both Scots and to an international audience that has an interest in language, or what a modern Scotland might look like, because this is a part of the identity. Also storytellers, and people who want to escape to the Outer Hebrides for 90 minutes.

How did the idea of Iorram come about?

Over the years I’ve spent a lot of time in the Outer Hebrides – not so much a family connection as curiosity. I have made films around the world, but the story of the Gaelic language and its historical relationship with Scotland was on my doorstep. Also, I was working with Magnus Course, a linguistic anthropologist at the University of Edinburgh, who was researching the relationship between fishing communities and Gaelic. His argument, and what underlines the film, is that if you lose fishing you lose Gaelic. But really it was spending time in the Hebrides and realising that what I was seeing – the people, the boats and the community – just has this rich history.

The film uses archive audio and contemporary footage. Why use this technique?

To explore history in a way that is not just talking heads is actually quite difficult. But the sound archive – I sort of found out this existed at the University of Edinburgh – is huge, a really massive repository. There are 30,000 clips, even more that haven’t been digitised yet. I had this idea: ‘How would you look at the contemporary world if you were hearing stories that are hundreds of years old?’

What was the filmmaking process?

It took a long time to go through the audio. There was just so much of it. They had done a remarkable job of digitising it, and vaguely categorising it, so I could get the fishing material, the storytelling material, and pinpoint general clips. But a lot of them are very long pieces, people going to the islands in the 1950s and just sitting in kitchens recording everything: a lot of songs, a lot of stories, and a lot of the same things – you would hear the same story told three times over 15 years, sometimes by the same people.

I made a long list, which was 10 or 15 hours of material, then Colin [editor Colin Monie] and I, before we even touched the visual material, worked through the sound. When we started editing that, I had already filmed about 80% of the visuals, so then we started to match up the sound and visual sequences to see how they spoke to each other.

How did you approach which audio was going to sync up with which images?

You often had visual metaphors. For example, there’s a great story about a fisherman that got taken to work in the West Indies, and we suddenly realised we had this footage of scallop guys bringing in their haul, and what was really evident about that was the chains. Suddenly you were seeing and hearing a story about a guy basically being forced into slavery. And obviously some of the landscape stuff suddenly comes alive hearing stories of the Clearances. When you see an abandoned croft and understand people were simply cleared on to the boats like cows, it takes a whole different turn.

A third component is the score. What did you want the music to convey?

The score was always fundamental, a way to tie the past and the present together. Aidan O’Rourke is from Oban and knows that world very well, and he had an amazing group of musicians. There were a few eureka moments with recordings of people singing in their kitchen in the 1950s, and Aidan was scoring with them. The score is going to be released as an album with Reveal Records, and we hope that the film can get played with a live band. It is part of the film and we would love it to be played live.

There are quite a lot of tragic stories in the audio. Do you think the tragedy affects the modern fishing communities there?

It is a dangerous occupation and they are very aware of it. They knew those stories. How it affects them? Well, they are tough guys. But underneath that is how much they love the fishing as well. They love the sea. There were some guys who absolutely could have been doing other jobs, but they loved being on those boats. So the tragedy is not to be understood as something in the past – it is a very present world, and a keenly understood one.

Safety and processing have changed a lot. Did you worry that technology was going to affect the tone of the film?

To show the coastguard, which is a massively technical centre, was really important. To see the screens. To see the technology that is there. To see the lifeboat. Those lifeboats are like Formula One cars. Incredible. But what that said to me was that there have been massive steps.

People were dying in a big way back in the day, and it is still one of the most dangerous professions in the UK, but it’s not like it was. But progress was part of the story – not a hindrance, but another layer. And while they use processing plants now, there is still a camaraderie amongst the ladies – a lot of them are the wives of the fishermen. So while it looks different, there is a much stronger connection underneath all the technology than you expect.