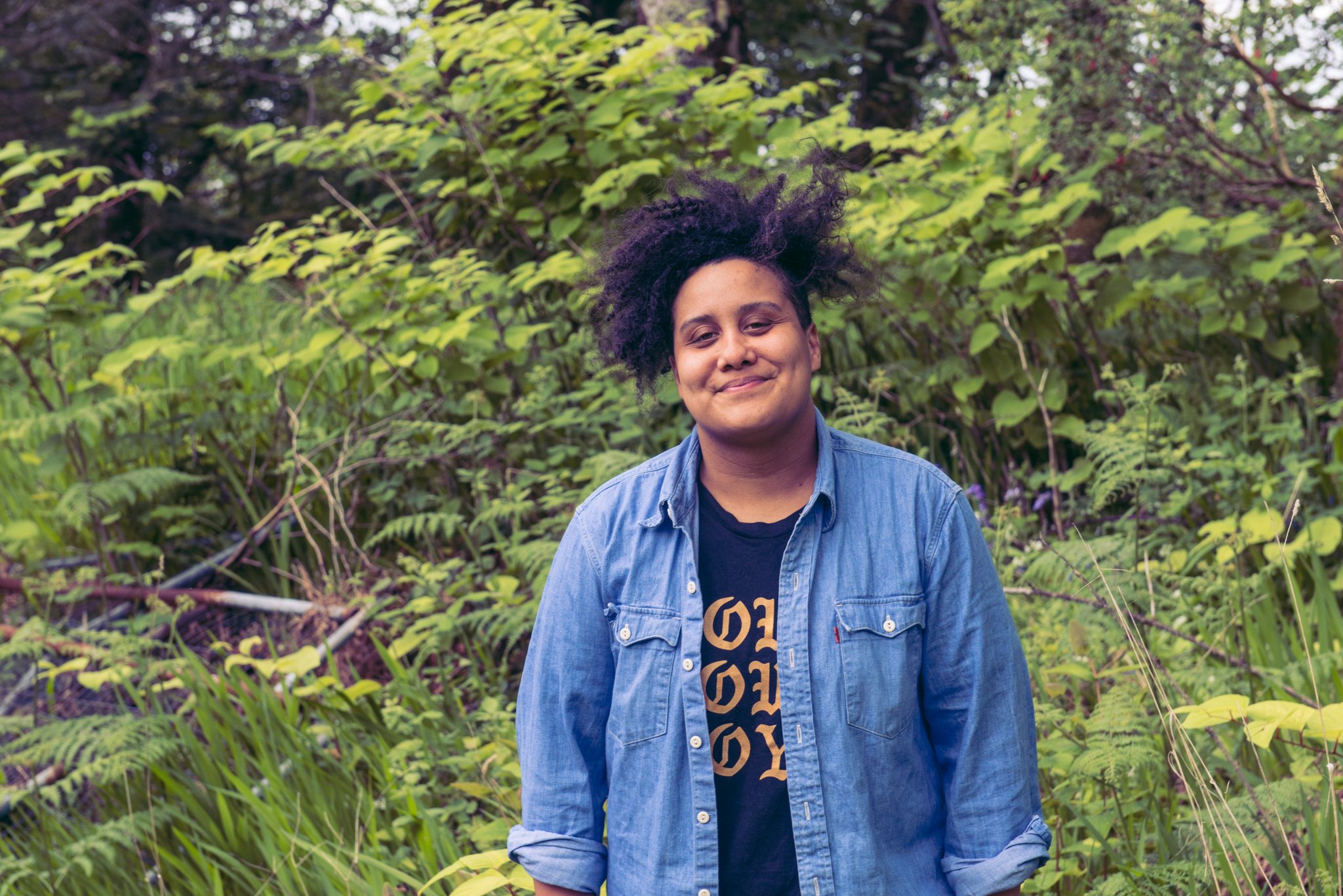 Lost Map’s Visitations project sees artists invited to spend one week in solitude in a bothy on the Isle of Eigg, located in the inner Hebrides of Scotland. Lost Map provides recording equipment and instruments, and artists bring with them whatever they want. The idea is that there’s no specific remit – just the freedom to experiment and create the music they fancy making.

Rachel Aggs (Sacred Paws, Trash Kit, Shopping) spent her week on the island in late summer 2019, creating her entry to the series Visitations 02 02.

What was it about the Visitations project that attracted you to it?

I really love the Isle of Eigg, I’d been there for [Pictish Trail] Johnny’s festival, Howlin’ Fling, and I think it was partly an excuse to go back [laughs]. I think it was also a challenge, having never made a record by myself that I could go there and have a product, have a record at the end of it, that I would have a certain amount of pressure that would challenge me.

Were you surprised about how much of what you recognised as yourself was still there when you were on your own and not collaborating?

I was. I think, like most artists, I daydreamed about making completely different music. I had spent a lot of time working on albums with my other bands and I’d been on tour a lot the year before that; I had been working quite hard on the bands. In the back of my mind I had the idea that I would get to this island and I’m going to be making a completely ‘other’ kind of music.

What I ended up with, ended up being quite song based and ended up sounding quite a lot like me, which was kind of interesting because I didn’t intend to do that. I wasn’t trying to get in touch with myself or whatever cause I really didn’t think I had that. So I think what came out was an interesting representation of what’s left when I’m on my own, I guess.

Putting the track ‘Aaah’, which is quite formless and experimental – in a way, as the first track, was that drawing a line under that experimental bug and moving on?

Johnny did the tracklist so I didn’t have much to do with the order of the tracks. I just gave him the fourteen tracks. I wasn’t sure of what I had done, if it was any good or not.

Have you listened to it a lot since you’ve had it back?

I haven’t listened to it at all. I’d spent so much time with it when I was mixing it. Also, not having to play it live… Also, I was very much doing songs as one take and it’s difficult to listen back to the mistakes.

The mistakes I guess are part of it as well, part of that one take thing when you’ve got a limited window of time to work on things?

There weren’t any rules about what the finished thing could be, so I guess I could have chosen four songs, or something, and really worked on those – I could have gone down that route. But I think me and Johnny, we’re both quite drawn to weird home recordings and stuff.

We were talking about that quite a bit when we were sitting having a cup of tea together. He was saying how he really likes recordings that are like voice memos. I was like ‘Yeah, so do I actually’ but I think it’s easier to love that kind of stuff when it’s not your stuff – because it’s very raw or something.

I really wasn’t trying to think about that too much when I was there, I was just in the process. So the fact that I came up with so much music, Johnny was quite pleased about that and was like ‘Let’s put it all on the record’. I mean, we didn’t actually put it all on, there were maybe two songs that didn’t get on the record, and there was one that I just hated. We wanted to go on the fact that I had been manically productive in that week, that was kinda cool. We were just like ‘Let’s just put it all on and let’s not mess with it too much’.

You took a drum machine, guitar, fiddle, and a synth with you to the island, is that right?

I actually didn’t have a synth at the time. I love using the Korg Minilogue, I used that for basslines, that was Johnny’s and that was there when I got there. He also sent me a list of what he had. I had to go over on the boat so I didn’t want to bring too much.

How was the experience of being on the island?

I had a great time. I was a little apprehensive before I went, I was thinking It’s going to be scary, it’s going to be lonely but I think overall I just had such a nice time because it was so relaxing. I enjoyed being by myself. And also,I found being in nature incredible and really inspiring. It was really fun to go out into nature and go straight back into the studio in the bothy. I really enjoyed working that way. It was kind of paradise for me. It gave me the confidence of being in the moment.

It’s quite easy for me to know when I feel something is good because it’s fun to do or it feels good. That was what I was feeling and that was helpful in that moment to process the feeling of being alone on an island, and missing my partner, missing people. So I was trying to do deal with those thoughts or feelings through a song. As soon as you stop being in that moment, that’s when the critical brain kicks in and I think that a lot of music making is trying to avoid ever reaching that critical point.

‘Thrill Seeker’ has the guts of a proper pop song, it sounds a lot like Whigfield’s ‘Saturday Night’.

Yeah, that was towards the end. It was Thursday or something and I was kind of losing my mind. It was the first night where I watched TV on my computer. I was watching Derry Girls and there was a scene where they went to a party. That song was playing, it just filled me with a feeling of weird sadness, but it was also really comforting. I thought I’d cheer myself up by making a stupid pop song.

It was really late at night and it was completely pitch black outside. I couldn’t really sleep cause I was in this weird mood. I lost my mind a bit and made that weird Whigfield rip-off. I think it’s stupid, that song, but I liked it at the same time.

Rachel Aggs’ Visitations 02 02 is out now on Limited edition vinyl and digital download as part of the Lost Map Visitations subscription.

If you’re into music, it’s likely you have a favourite band or artist, but ...