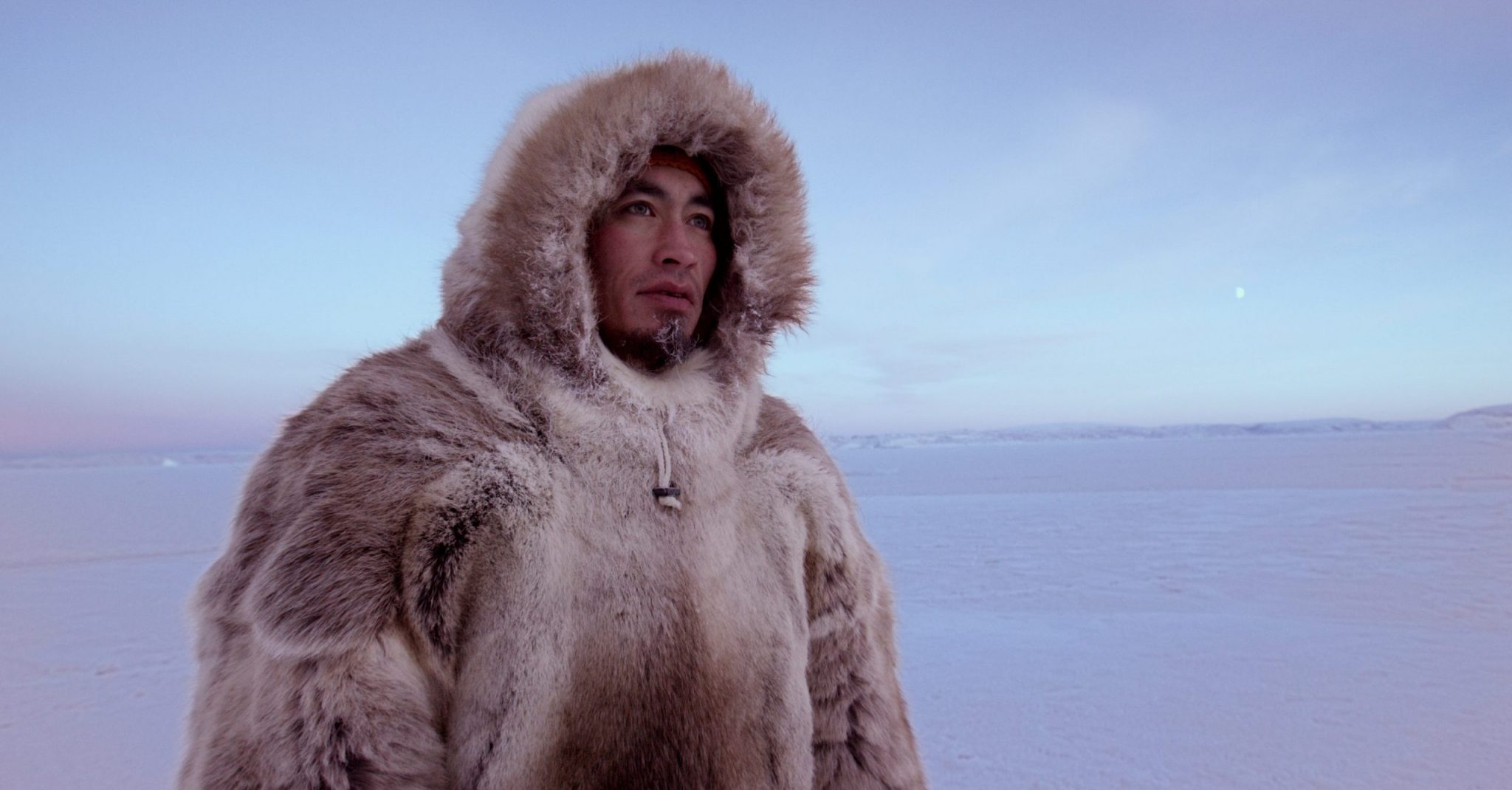 For Tamara van Strijthem, the issue of how to host the 2020 incarnation of Take One Action has been a conundrum. The Edinburgh-based film festival is centred around social justice, in a time when cinemas are closed but equality is news. Campaigning may be prominent, but socialising is limited. Indeed, before deciding how to host came the quandary of whether to host at all. ‘That was a big question at the time. Is there a rationale for us not doing one this year?’ Ultimately, Tamara, Take One Action’s Executive Director, and Operations Assistant Daisy Crooke, decided to proceed.

Their conclusion was that the ideas that tie the films they curate together – climate justice (the Shared Planet strand), inequality (All Equal) and women’s empowerment (Sister) – needed prominence this year as much as any, if not more. The compromise was that, for the first time since it began in 2008, Take One Action will be wholly online. The recipe of films, discussions and special events will remain recognisable to those familiar with the festival, which Tamara has overseen for the last five years.

However, with venues such as The Edinburgh Filmhouse and CCA unable to hold screenings because of Covid-19 restrictions, 2020 will see all 26 films – 12 features and 14 shorts – made simultaneously available on day one via Vimeo OTT. Live Q&As featuring directors, protagonists and organisations will then complement the programme each evening at 8:30pm. These will be held on Crowdcast, as will four special events on subjects ranging from the recent ‘Decolonising the Curriculum’ movement, to holding corporations to account. All live events will be free, and the films are pay-what-you-can.

The honour of opening the festival falls to documentary Coded Bias, an investigation into prejudices within algorithms that steer society. Tamara is enthusiastic about this curtain-raiser, whose director Shalini Kantayya will join the film’s Q&A alongside civil liberties group Big Brother Watch: ‘It’s a really fascinating exploration of the racist and sexist biases at the heart of the algorithms that preside over most of the AI that controls our lives: facial recognition software, HR software, approval of mortgage applications. It’s an American film but it has a very strong UK component.’

Coded Bias has received hugely positive reviews since appearing at Sundance. Its presentation at Take One Action will be its UK premiere, as is the case with six of the twelve features on the slate. It also exemplifies a trend towards female directors for the Scottish festival: three-quarters of the films at the festival are directed by women, and nearly a third by women of colour.

Securing premieres such as Coded Bias is a catch for any event. However, a festival dealing with social justice has to be more than merely movies and a chat. Many desiring social justice fear they lack the power, energy, time or base knowledge to make the difference they want to instigate, and so Take One Action aims to point people in appropriate directions. ‘We can’t just shove on a film and say do your own research’, Tamara says. ‘I mean yes, if you want to, by all means, but if we can help in that process that is very much where we see our role.’ This is especially relevant when you consider that Take One Action envisages activism as a collective activity rather than a solitary crusade.

In fact, Tamara goes so far as to downplay the idea of the pioneering individual, seeing it as a toxic myth. ‘It’s a bit like the romantic notion that there can only be one person for you in your life; that is poisoning people’s understanding of what relationships should be.

‘While it is true that individuals can spearhead movements, and an individual can actually make a massive impact, people don’t usually do that by themselves. If there is an issue that you find particularly urgent, or one you’re particularly passionate about, for me the best way to go about it is to find other people who are fighting the same battle. For various reasons, one being that the voice of many is louder than one person’s voice. But also because change takes a long time to come and it can be such an uneven and uphill battle sometimes, and it can be easy to feel disheartened when things are not going the way you want them to. So, forget about voting with your wallet and start working as a group or collective.’

It’s for this reason that guests such as Big Brother Watch and collaborations with organisations working in the field are vital for the festival’s purpose.

Yet despite the upsurge in visible activism in 2020, Covid-19 has restricted who can appear at this year’s festival. Tamara explains: ‘It’s difficult when you only work with charities and NGOs, most of whose staff are furloughed, to then ask them to take time to do something like a film festival. We don’t want our partners to be beyond capacity. ‘Christian Aid, Oxfam, UNISON, and Global Justice Now are still going to be credited as our main partners, even though there might not have been the same level of partnership or collaboration as would happen in a normal year. But they’ve been with us for 12 years.’

Other partnerships have been vital in getting ideas for how to run an online festival. ‘There is a difference between knowing you have to go digital and knowing what that entails and how it is delivered. It took a lot of consultation and watching what other people were doing. I don’t know how many webinars I took part in, how many round tables I listened to…people in the industry discussing the merits, or not, of going online and what a film festival can achieve online.

It’s like yes, we had made a decision to make something happen, but how, what, and why was still quite a big question.’ Namechecks at this point go out to SQIFF (Scottish Queer International Film Festival) for pushing concepts of access, and Visions du Réel in Switzerland for ideas on structure. Film marketing specialists Together Films also garner credit for their ‘Digital Perspectives’ lockdown webinars, which brought together exhibitors, producers and festival programmers to discuss the parameters of what is possible. Tamara says these helped prompt her organisation into believing it could take the plunge. She also credits Daisy, for organising the team of volunteers who helped evaluate the short films, add SDH and image descriptions, and spread the word.

Partnerships also lead on to the unavoidable aspect of money. Whilst the conscious choice to not cancel this year was down to not wanting to scrap ideas, having two years of funding in place via Screen Scotland was a fundamental base. Without it, Tamara is certain the festival would have folded. ‘It meant that we started in March knowing there was an agreement in place, and they [Screen Scotland] announced that they would honour that. I really don’t know what we would have done otherwise. There is absolutely no way this festival could happen if we didn’t have those funds.’

Understandably, transitioning a festival online will lose elements, such as the joy of a curated cinematic space. Online spaces, conversely, can be notoriously cruel, and Take One Action will employ moderators at its discussions in case words move from feisty to nasty:

‘I’m hoping people won’t just go in there and shout at each other and insult people. There is a risk’, Tamara continues. ‘Dissent is obviously to be expected. Insults and aggression are different.’

This leads to the question of audience composition for this year’s event. While numbers for a paying audience for a documentary screening at a venue such as The Edinburgh Filmhouse can be roughly predicted, a free online discussion is open to the world.

Indeed, Take One Action has gone to great lengths to promote online accessibility: every film this year will be captioned, events will have live sign language, and it is hoped subtitles will be added to discussions within three days of their happening. On top of this is the novel prospect of gaining viewers not restricted by geographical proximity. Tamara says that although a Scottish context remains key to the identity of the festival, films based in locations such as Bangladesh and Palestine could bring in global viewers.

For cynics, the suspicion that a social justice film festival merely preaches to the converted – and an online version will only lure woke clicktivists – might deter interest. These are accusations that Tamara understands, yet she feels the festival’s raison d’etre is about deepening understanding rather than saluting a moral flag. ‘Film can be a very accessible medium, and it has a way of making you understand very complex problems from a perspective you may never have come to grips with if you hadn’t actually seen someone’s living circumstances or passion’, she says.

‘You can witness it in a way that an article cannot convey. You can explore the reality and complexity of an issue in a way few other media can. The question then is what do you do with that knowledge or understanding, once you have seen that. And this is the role of the festival.

I think showing the reality of how people’s activism looks and is lived by them is a very powerful thing. They aren’t just online signing petitions or complaining about the wording of a tweet; a lot of them are involved in organisations and support groups, and many are volunteering, giving a lot of themselves and their time to others.’

She knows that some will remain unconvinced about the value of speaking against injustice, and will continue to be mistrustful of online spaces and the need to change systems. However, Take One Action will appeal to people who acknowledge there are wrongs, but perhaps have a superficial grasp of the causes, catalysts, or how to engage with the problems. ‘Just because people understand there is an issue somewhere, doesn’t mean they understand its complexity and what is behind it.’

Which leads to the question of what issues need to be addressed. In Scotland specifically, Tamara feels the rhetoric from Holyrood is more promising than that of Westminster, although the reality beneath the words is not always rosy. Significant inequalities remain in people’s housing, prospects, and education. Complacency is also a problem.

‘There’s a danger in Scotland of patting yourself on the back and going “we’re better than England, at least we’re not that bad”, and then not looking at the issue. Especially on racism. Racism is a prime example of that in Scotland.’

And as the recent Black Lives Matter, Climate Justice, Beirut, Hong Kong and other protests show, the broader world still has an encyclopaedia’s worth of problems. Nonetheless, Tamara is hopeful that society can shift in a positive direction.

Her concluding message to potential participants at this year’s festival reiterates this positivity: ‘We are many. And we are many. There are a lot of us, not just willing but actually wanting to make a difference. It’s good to be reminded of that sometimes.’ 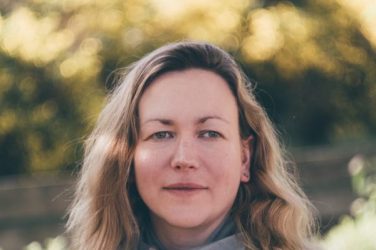 Helen Sedgwick is someone steeped in the world of books. Not only an author ... 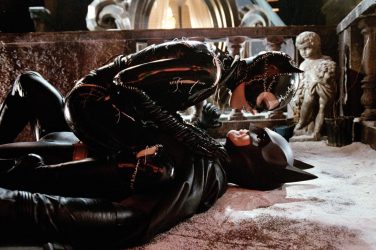