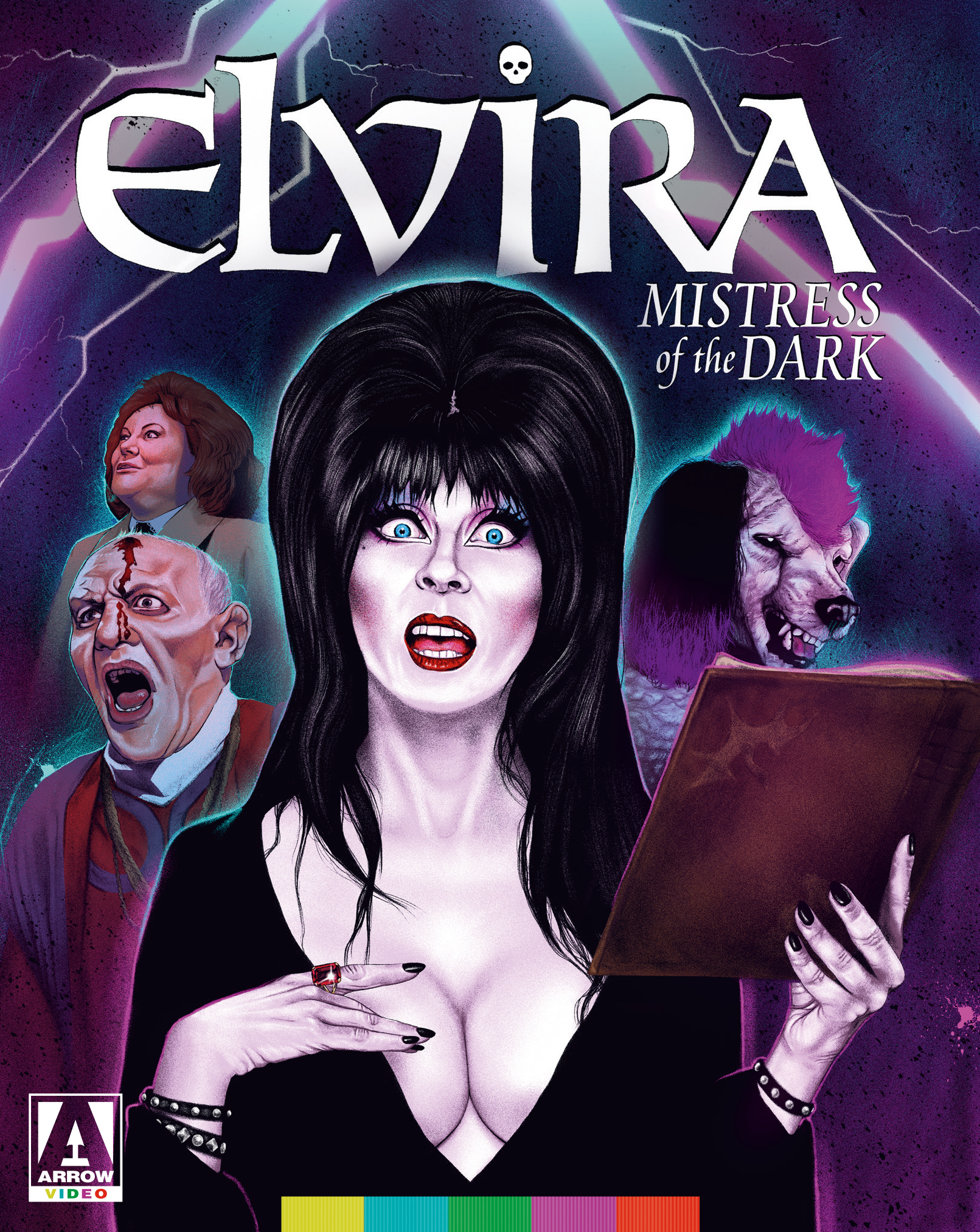 Finally, the season of the witch is upon us. And while there is a plethora of horror classics to keep you at the edge of your seat through the month of October, there’s no denying that Halloween is gay Christmas. When the community has endured so much adversity, Halloween embodies the revelry that we desperately deserve. You can be whoever or whatever you want for a night and are encouraged to shock, repulse, and have fun. And in the spirit of dissecting pop culture, we present this month’s inductee into The (Not) Gay Movie Club; certainly one to scratch that itch you have for camp one-liners, absurdity, and spooky glamour.

Last issue, we inducted dark pageant comedy Drop Dead Gorgeous, and this month, we indulge in our penchant for Halloween by paying homage to one of my all-time favourites, Elvira, Mistress of the Dark. Full disclosure: I adore Elvira. She may not enjoy household recognition in the UK, but her shtick as a B-movie horror hostess has cemented her as a true pop culture icon across the pond.

Styled after demonic leading ladies like Vampira and Morticia Addams, Elvira is a character conceived in 1981 by Groundlings comedian Cassandra Peterson, who would send up old school horror and sci-fi on her TV show Elvira’s Movie Macabre. The show launched her to stardom thanks to her use of double entendre, usually regarding her cleavage, and surprising sarcastic commentary. And she took this cult status to the bank: comics, costumes and action figures followed suit.

In fact, hers is the highest-selling female Halloween costume of all time. In 2011 I happened to be in Albert, France, a town with a population of fewer than 10,000, and stumbled upon an Elvira pinball machine in a bar. How does that happen? Plus, she has emerged as an alternative gay icon. She’s said in the past that gay guys often tell her they used her posters to convince their parents they were straight, and if that doesn’t make her an American hero, I don’t know what does.

Her fame was at its peak when she co-wrote and produced Elvira: Mistress of the Dark in 1988. The movie is a fish-out-of-water comedy, following Elvira as she moves to a small town where her spooky shtick and penchant for the macabre do not go down well. Fired from her cable TV show and in dire need of raising $50,000 to finance her Vegas residency, Elvira travels to Fallwell, Massachusetts to claim her great aunt’s inheritance. She shakes up the town, introducing teens to camp horror classics (“Have you ever seen I Married Satan? What about the sequel, I Married Satan Too?”), flirting with the wrong men and battling her scheming, possibly demonic great uncle.

One major factor in its cult status and inclusion on this list is its poor reception upon release. It did not perform well, losing $2 million against its budget, and Elvira herself was nominated for the Worst Actress Razzie Award (considered a badge of honour around these parts). But, as we have established so far in our exclusive, selective film club, underappreciated gems tend to make for glorious camp classics, and Mistress of the Dark has developed a cult status and loyal fanbase since its release. And suffice to say that Mistress of the Dark is gleefully over-the-top, in true late eighties style.

One need look no further than Elvira’s car – a black convertible with leopard print fur lining – and her leopard print driving ensemble to find the camp in this movie. But Peterson’s creation is drag at its finest: the perfect blend of hyperreal femininity, humour, and pop culture references. There is a glorious Flashdance inspired dance sequence near the end, complete with hammy acrobatics, balanced beautifully with tongue-in-cheek nods to Elvira’s appearance. With a face mask on, her make up remains intact; as a baby, Elvira dons a black beehive.

And the dialogue is perfect: Peterson wrote the film herself, and it is full of dad jokes, camp one-liners and misdirects that only improve every time you watch it. This film is endlessly stupid, and I live for every second of it.

Where, then, does the queer sensibility appear in Elvira? Granted, there are no LGBTQ+ characters in the film. But there is something inherently queer about Elvira being thrown into this strait-laced, traditional community and being unapologetically herself. As a result of being so radically different to everyone around her, she is tormented and derided – literally burned at the stake in one scene – yet she survives unscathed, oozing unshakeable self-confidence. She’s like a punk rock Joan of Arc, with a beehive.

This tenacity is ultimately what draws queer audiences to Elvira, the film and the persona: she has cultivated this unparalleled career for 40 years, dominating her field, and looking somehow better with every passing year.

There is an endless list of queer-centric horror movies that capture the essence of otherness, explore gender identity, and provide commentary for society’s treatment of gay people. Elvira is not one of these films. Instead it is a camp, uproarious comedy that celebrates one of the horror community’s most important icons.

Elvira is the timeless hero we all need, one that may actually outlive us all, and that is why she has earned her rightful place in The (Not) Gay Movie Club. Unpleasant dreams…

Now in its 9th year, the Scotland Loves Anime Film Festival has been going ...