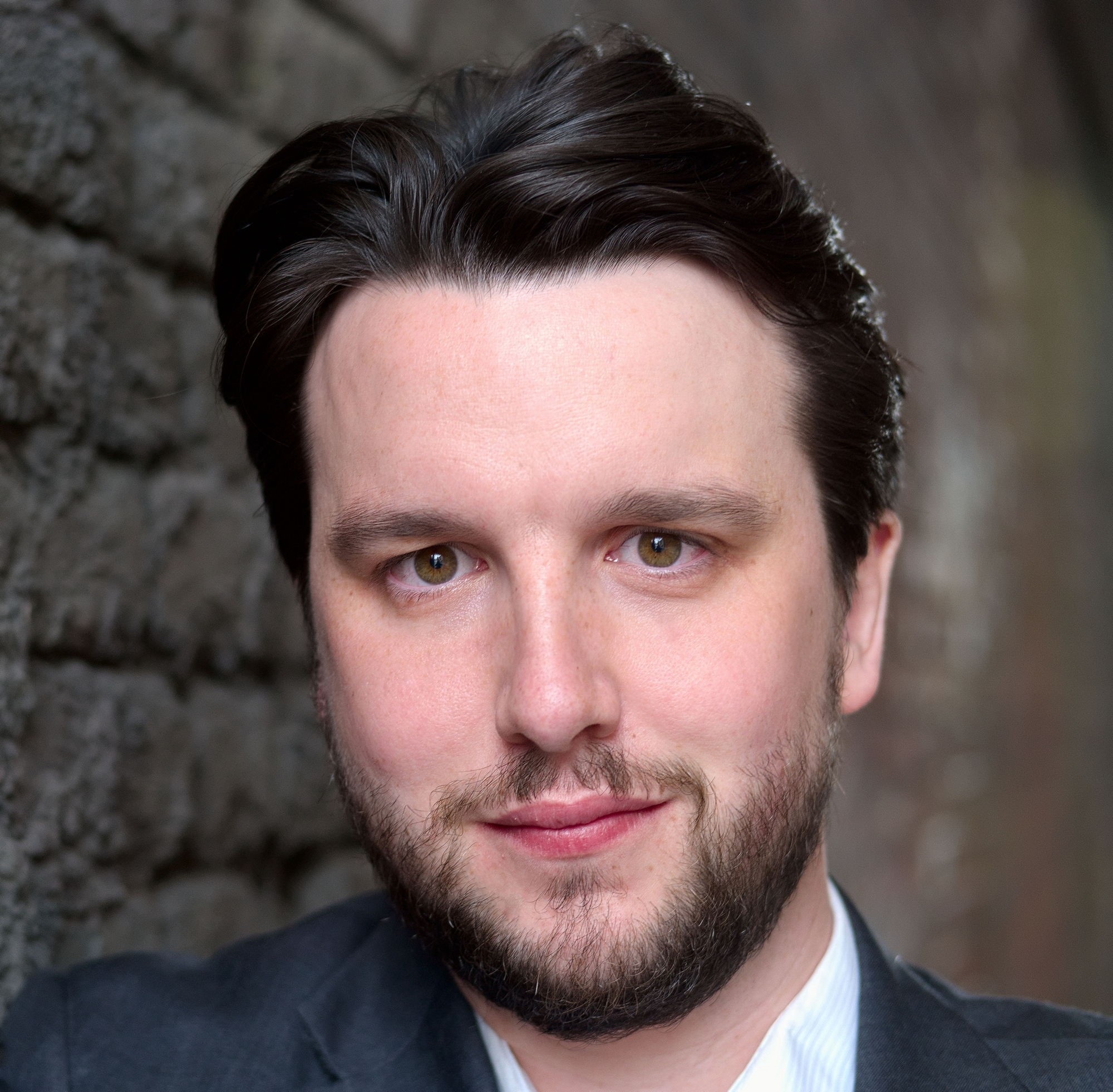 The option to walk around wherever the action goes. Perhaps you wouldn’t expect any of these things from an opera. But these are just some of the elements that’ll feature in Candide, Scottish Opera’s site-specific outdoor show this summer. To find out all about this ambitious staging, I chatted to William Morgan, who’s playing the titular role.

How are rehearsals going?

Very good. I’ve seen the space where it’s going to be: it’s absolutely enormous, like a massive aircraft hangar. It’s very cool. It’s going to be filled with all sorts of things, trucks and big cargo containers. It’s huge.

So, it’s a promenade performance, is that right?

Yeah, it is. There’ll be the orchestra up one end, and then about a hundred in the company, including the community chorus, professional chorus, cast, crew, and actors. It’s all going to be very mobile. Because of the nature of the piece, which goes to different locations, times, places every ten minutes, the great thing is we can do something in one area and then abandon it and go to the next one, rather than having to do an impossibly fast scene change.

We’re not trying to cover up the different, crazy, eclectic mix of things. Like, if I’m getting in a boat to go somewhere I’m actually getting in a boat and it’s going to be pushed along on a rig – we’re just doing it. It’s gonna be crazy. I’m gonna be exhausted!

Can you just explain the plot to me?

Candide is a person brought up in an optimistic, sheltered bubble, and then he’s thrown out in a brutal fashion. He finds out that the world is chaotic, cruel, and extremely unfair. It’s very beautiful and fun and light in lots of places, but there’s dark in it too. So the story follows Candide as he finds himself part of massive world events, and he has to deal with different things that get thrown at him. Literally, in some cases.

A lot of people know Bernstein from West Side Story, but what is it about the music of Candide that’s different?

It seems to me it was very personal to him. He obviously loved this book and the idea of doing it excited him. I think of West Side Story more as a ballet and Candide as an opera. There’s showstopping numbers and there’s Latin and jazz influences, for sure. But overall, because the story is so disjointed – completely deliberately – the thing that binds it all together is the music.

I want to know more about what makes this staging unique.

Jack [Furness, who’s directing] and I went up yesterday to where the show’s gonna be and just kind of laughed! Like, ‘this is crazy.’ The way that he put it to me was that you can go ‘This is impossible to stage. We can’t stage a volcano eruption, a shipwreck, a war and an earthquake and the Spanish Inquisition, bang bang bang one after the other. So we try and unify it.’ And Jack said, ‘Well, no, we’re not going to do that. We’re going to make the show about trying. The audience should see how much it costs us to try and do this thing. Everything must be represented in some way.’

So that’s rule number one: you have to do all those things, no cheating. And rule number two is: it all somehow has to be about today’s world. The community chorus does a wonderful job of helping with that. It’s a collaboration with the Maryhill Integration Network of refugees and asylum seekers in Glasgow, and there are parts of the story that come quite close to that.

To have people who can actually bring that, so we’re not just making it up – I think that’s pretty important.

Why do you think we should be staging operas this way?

Like, I’ve never seen an opera done like this before, and I would like to imagine it’ll encourage new audiences in. But are there any other benefits? That’s definitely one of the main hopes, isn’t it? That people will come who might go and see theatre, or are interested in music, but don’t really see themselves going to an opera house. I don’t know what the evidence is of whether that actually happens, but I hope it does. It’s also better for the piece.

The idea is to make something that could only be in this space. Hence the thing with the trucks and the shipping containers – that’s what that space is, or was, and that would look really odd in a theatre. But the idea is to make a show that belongs there and belongs to that time as well. I think that if we succeed in doing that, it’ll be brilliant.

Album review: Spacemoth – No Past No Future