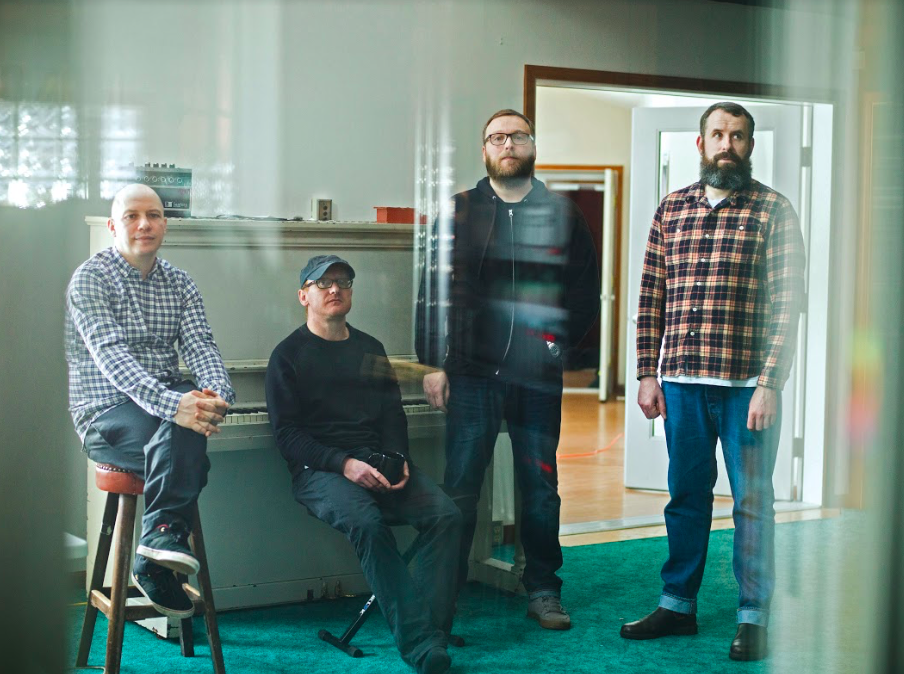 Original Soundtracks. OSTs, eh? They can veer from culturally significant monoliths soaking themselves into the public consciousness (see Pulp Fiction), become cult vinyl hits that outlive the memory of the film themselves (Vampyros Lesbos) or footnotes in an artist’s catalogue regardless of the movie’s impact (Prince’s 1989 Batman OST – mostly folly but Party Man is still an absolute purple trouser shaker).

The best soundtracks tend to be written and performed by a single artist or group for the specific movie/game/series and Mogwai are pretty much veterans in the field now. Whether the music can work without being paired with the visuals they accompany is a litmus test very few pass but Mogwai have pulled it off with KIN.

Mogwai’s track record in soundtracks (soundtrack record?) is impressive. Zidane: a 21st-century portrait in its multi-media guise, is a masterpiece. Sound and visuals blending to mesmerise. Fuzzy harmonics soaring and lilting as the greatest and most precise footballer of his era glides through the game. Does the record work on its own without the film? My honest answer is “just about”. The same is also true of 2016’s foreboding Atomic which the band toured with the film as a backdrop.

Before The Flood and The Fountain were more collaborative efforts (and it showed – particularly in the Clint Mansell dominated latter), but I reserve my greatest praise for Les Revenants. A beautiful, intimate, restrained record that I loved so much, I refuse to watch the series lest it ruins the esteem in which I hold the music.

Approaching KIN without seeing the movie or reading a synopsis breeds a question. Will this record move and intrigue me like a regular Mogwai studio release or will it just create soundscapes for a world I might never visually encounter? I went into my first listen of KIN knowing only that the movie is a sci-fi film. No idea of themes or plots but willing to let the music paint my brain with whichever palette the band throw at it. 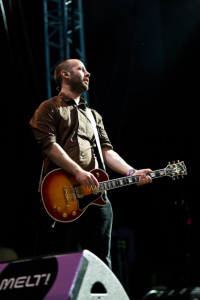 The first track “Eli’s Theme” starts as the record means to go on. A leading, maudlin piano sits on a deceptively layered arrangement. The recurring feeling throughout the first four tracks is restraint and balance – despite multiple, dense track layers, the arrangements feel spacious – there’s room for each element to breathe and no one instrument dominates the mix. My impressions of “Eli” from his/her theme are a lonely, pensive soul treading over rubble in a setting that is definitely on Earth but is probably aesthetically closer to post-blitz London than Blade Runner LA.

Scrap and Flee, tracks 2 and 3, both feature the kind of synth pattern that fits perfectly into the sci-fi sonic environments. Reminiscent of 80s future romps like The Running Man and Tron, the synth patterns are backed by Stuart’s guitar layers bathed in fuzz and feedback but kept to a level in the mix where they provide atmosphere to the overall arrangement rather than leading. Both tracks build until Flee blossoms into a controlled increase of volume, all swooping tom-filled drum parts before the whole thing simmers back down into the quietly brooding Funeral Pyre.

The drums throughout the album are worthy of note – at once supremely modern and 80s, it’s quite hard to distinguish which snare noises are post-production treated acoustic snares and which originate from a drum machine with both organic and electronic rhythm noises interacting with scattering modal synths.

If the first four tracks are a build towards a release then that release is Donuts. Of everything on KIN, Donuts is the most instantly recognisable Mogwai track. Taken as the tonic to the build of the first few tracks, it’s a perfect release of noisy guitar and a more traditional drum beat than the album has provided up to this point. Following this, Miscreants is a drum-free moody dream of bassy piano chimes and fluttering synths that you could almost skim over on first listen but is a brilliantly understated mood-setter.

The final 3 tracks feel like a suite. Guns Down recalls the piano coda of Eli’s theme before growing into a swirling track full of overdriven rhythm guitar background while Barry Burns’ piano gently nudges the main theme coda upwards. Track 8, KIN, develops all of the recurring themes present into a movement more than a song – swelling from low-frequency synths into big pads backed by the full thrust of Mogwai in their signature noisy pomp.

The only track with vocals, We’re Not Done, sits last in line and acts as a second point of release within the album. As the band come in, the bassline suggests early Cure before falling into it’s driving shoegazey way – distorted vocals within the mix rather than on top hark back to bands like Swervedriver.

Overall, it’s a very stylistic album, borne of setting a mood for visuals and, like previous Mogwai soundtrack workings, almost works as a standalone album. It’s one that fans of the band will probably listen back to more than once but is unlikely to be on the sort of rotation that their studio albums command.

And, do you know what? That’s entirely fine. It sets a different, more mature mood than their previous scores and if you want a traditional Mogwai album, there is plenty to get your quiet/loud chops into. Not least, last year’s wondrous Every Country’s Sun. 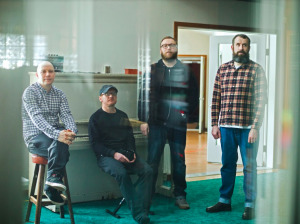 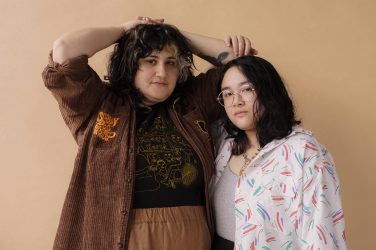