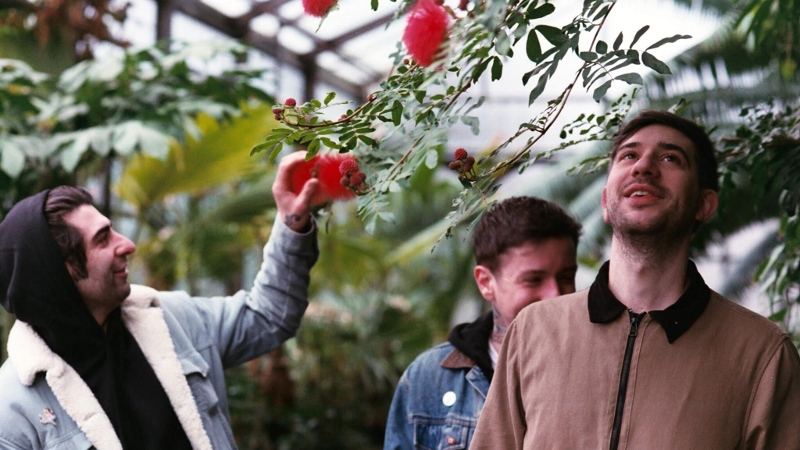 PAWS – Your Church on My Bonfire – Track by Track

PAWS’ career arc might’ve led them to their greatest and most natural moment. At the risk of over-simplifying, their first general release was a slice of youthful emotion being defiant in the face of lost loved ones. Second album was more of a reflection on inner conflicts and would suit an evening in ruminating on a break-up. Their 3rd and 4th offerings have reflected their choice of producer. Whether that’s finding the right guy for your new direction or whether they soak up the influence of those they’re working with is hard to tell.

Mark Hoppus produced 2016’s No Grace and it showed. However, Your Church on My Bonfire, produced by Frightened Rabbit’s Andy Monaghan reveals Phillip Taylor at the height of his sincerity. His voice has never sounded better nor more tinged with the bittersweet wisdom of experience. It does sound like Frightened Rabbit in places but given the events around this album’s recording, it’s not the sound of a band allowing a producer to dictate to them – it’s soaked in the influence of a lost friend on what sounds like a collective of band and producer.

The album opens with ‘What We Want’. Background harmonics give way to a stabbing clean guitar and the opening couplet of “He was here/Now he’s gone” is achingly poignant even if it’s not a direct reference to Scott Hutchinson. The chorus is soaring and reminiscent of the more accessible bits of Sigur Rós and the time change for the last 30 seconds arrives exactly when you want it to.

Lead single ‘Not Enough’ follows and delivers a chorus even more soaring than ‘What We Want’. By this point, you’ll realise that this is a different beast to previous PAWS records. The song writing is irresistibly mature – songs are allowed to grow and develop without a bludgeoning hook dominating proceedings. Lyrically, you’ll go a long way to find a single better line than “We can’t fix what nobody wants”, this year.

With such emotive gems dominating side one of the record, there’s a danger ‘The Watering Hole’ could go unappreciated. There’s been a lot of talk about the more folky direction of this record but, broadly, I thought it fairly subtle with only a couple of obvious nods (the notes used when Phillip sings the word “hole” as “ho-oh-ole” is one).

‘Joanna’ is a deceptively simple song – deceptive because the arrangement and structure move along in a fashion that means you could almost not notice the repetition of the chorus and the lead guitar line. It’s a pleading tale of bus journeys, non-apologetic inebriated priests and has a breakdown section that rides on a paradiddle for an admiral length of time before the understated solo ghosts in.

‘Anything Worse’ combines nimble acoustic lines with layers of quiet background fuzz and pads that transforms the morose opening section into something slightly more hopeful than it has any right to be.

Possibly, the most business-as-usual-PAWS song on the album is ‘Honoured to Be Honest’ but it still feels fresh thanks to the epic sounding production and crisp snare sounds couched in neatly put together instrumentation. Like the whole album, it has a lush, cushioned yet slightly cinematic texture.

‘Like Some Injured Fawn’ plays with the dynamic of scattered drums during the verses and a Motown style snare-heavy beat in the choruses. It contains probably the loudest guitar solo of the whole record yet maintains the restrained nature of the rest of the album.

Meredith Godreau of Gregory and the Hawk fame lends her vocals to ‘The Slow Sprint’ and the result is devastatingly gorgeous. The track is fairly sparsely rendered – acoustic guitar along with deliberately plain bass and drums only sets the scene for when the vocal harmonies steal the show. When they both sing “Whether you want me or not” you’ll find yourself drawn to looking skyward. 3:25 of beauty which is both hopeful and regretful sounding at once. A feat.

‘Milk, Honey and Sweat’ is driven by power chords on a relatively clean guitar while a slightly whistling synth dances over the second half of the song.

‘Arachnids’ is full of inventive use of acoustic guitars. The strumming rhythm along with little start/stop sections are counter-intuitive to the song’s folk clothing but the whole thing interlocks in an almost ethereal manner. The more you listen to this song, the more you’ll like its idiosyncrasies.

If you’re going to record a song over 12 minutes long, conventional rock wisdom dictates it’s almost certainly going to be an album closer. ‘Not Goodbye (See you later)’ spends its first 3 minutes convincing you it belongs on one of PAWS’ earlier albums. It quietens down on the chorus section before building back up accompanied by a talk-over section. One of the hardest things to do as a musician is to get the playing dynamics right – so many bands over-egg their aggressive impulses but on this epic, sweeping finale the band hit the right mix of subtlety with swelling emotion.

Calling a band’s 4th album mature would usually feel lazy – it’s an easy epithet when musicians get to the periods of their careers where the barstool comes out. However, in this case, particularly in view of the song construction as well as the emotional themes present, maturity is not a detraction or a lazy label.

PAWS – they’re a lot more than just a couple of funny tweets about Morrissey.