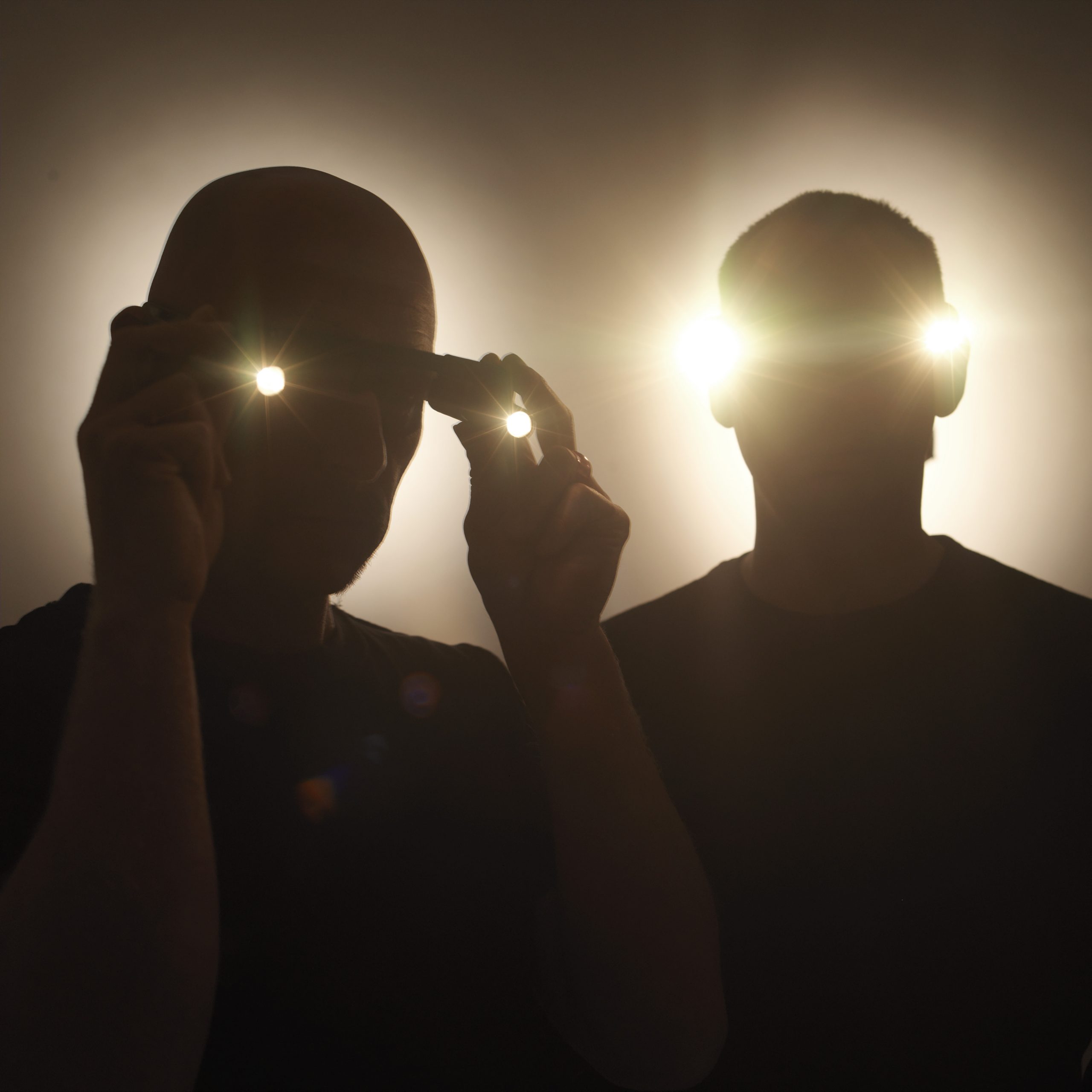 It seems like forever and a day since we’ve partied at festivals and saw our favourite live acts. If there’s any consolation, the performers have missed us in the same way we’ve missed them. If you are going to a gig or festival soon, get set for an almighty outpouring of relief and emotion; and hopefully some classic sets.

In this regard, you can put your faith in the acts whose live reputation goes before them, the artists you can depend on to create a great atmosphere and vibe. SNACK caught up with Phil Hartnoll from Orbital to discuss Playground, festivals, great times and what comes next.

Are you all set for the Playground Festival?

We’re born ready for that one, let me tell you! I’m so happy about that one. We did a funny gig for the Hacienda at the Warehouse in Manchester. It was more for filming, and attendees were in cattle pens. Around 200 people. We got stopped in the end because people were standing up and dancing.

It was comical, watching people being chased for having fun.

Playground though, really looking forward to it, it’s a proper festival, and it’s in Glasgow, you can’t get much better than that.

Do you have any strong memories of Scottish shows or festivals?

Oh my word. I love it, there’s something different about you lot, you’re very open, and you go for it. There’s a similar vibe in Ireland, you really enjoy it, and we have a great time in Scotland. You’re down to earth, and that’s what I like about it.

The last time we were there was in George Square (as part of the 2018 European Championships celebrations). A claim to fame is that we were sound checking as a sports reporter was presenting, and we really startled her, she said something like, ‘And if you’ve never heard of Orbital, they are very, very loud.’ I loved that!

I’ve also lots of stories that I cannot tell, it would be too incriminating to share!

We started off in Pure in Edinburgh (famed club night at The Venue, helmed by JD Twitch and Brainstorm) back in the early ‘90s, that’s how long we’ve been going. That was brilliant, and of course, you have Glasgow. We played the Academy, that gig in George Square, so many others, and we’ve had a great time.

It’s going to be electric.

You’ve got a fantastic live reputation, especially at festivals – which is a great thing to have – but does the reaction of the crowd lift you?

Oh yeah. We’ve got a mini studio up on stage. Nothing is in a song mode and there’s no backing track. We buzz off the audience, and we can change the arrangements, drop stuff in and out.

We tend to do a rendition of what is on the record, but we feed off the audience and play the vibe.

We’ve got a record we’ve been playing for a while; it was called ‘Thirty’, it’s now probably called ‘Thirty-Something’, and it’s interesting to see how its evolved over the time through playing live.

Sometimes we forget what the original was like. You get used to slight changes, and then other things happen, and it’s interesting how the songs develop. That’s the audience’s fault!

You included new songs in your 2020 sets. Will they feature this year or do you have any other new tracks?

There’s a couple of things in there that we’re trying out. They’re not complete, but that’s another part of playing live, you can see how things feel and how people react. I think there’s two new tracks, I can’t quite remember off the top of my head (the sentence trails off amidst much laughter).

In that sense, no live gigs must have hampered your song writing process too?

Exactly. It’s part of my life, I had some deep thoughts; ‘what am I going to do, who am I and what am I doing?’ I stopped listening to music for a while, all I could listen to was Kraftwerk. Paul was very prolific, but I didn’t have a purpose. For me, I need a purpose, and that might be working with someone in the studio, or trying to finish something for a gig.

Having no live shows stopped the flow in many ways.

While things might be different this time around, do you generally watch other acts when you play festival sets?

Oh yeah, normally, I go with the crew who will be in the night before. If there’s anything going on then, I get a chance to see other bands. This one, we’re not going to. I’d love to and I was thinking about staying for the weekend, but it’s still patchy out there.

I’m still cautious, I have to be. Generally speaking, festivals are great, you get to see bands you wouldn’t normally see, that’s brilliant.

Do you have any tried and tested tips for new festival goers…or even people returning to the fore?

Wipes come to my mind, take some wipes, I’m not joking! I’ve got a satchel of emergency stuff, wipers, plasters, ointments. I rarely use it; I’m often waiting for someone to cut their finger so I can step in. But yes, wipes and hand gel; it’s a boring tip but that’s all I can think of.

It’s been over 30 years since Orbital started – Do you spend much time looking back, and if you do, what’s your over-riding thoughts and emotions?

Every gig is really important, some gigs work out really well, such as Glastonbury 1994. However, what really worked for us was the audience was gagging for electronic sounds, and we were there.

Another great moment was we were doing the opening for the Paralympic Games in 2012, and Professor Stephen Hawking was with us, he was a superstar. He wore torch glasses, and for him to do that, he had to take his normal glasses off; and he can’t see anything! He was so up for a laugh, he did a speech and we took a bit of that, vocodered it, so he was singing on stage, we’re performing it with him on stage wearing his torch glasses.

I did an edit of it the next day and sent it to him, he replied back, saying ‘when are we releasing it?’

That was a magical moment, but it’s all about the connection when playing live, seeing people enjoy it. When I feel that is happening, that’s it for me.

When we performed at Glastonbury in 1994, it was very indie at the time, but Michael Eavis said to us, the penny dropped for them with respect to dance music. Now look at it, it has a dance field and so much. We were on the Snivilisation tour at that time, and the album hadn’t even come out.

We played T in the Park a few times, and that development happened too. I must say, the music press such as NME or Melody Maker were pretty good to us. We weren’t a dance act per se, we’re an electronic band. After festival sets, many people have said to us they didn’t like or get dance music but that changed after seeing us, I think we bridged the world from indie to dance music for some people. We didn’t mean to, but that’s brilliant!

I’d say you’re recognised as one of the gateway acts who moved people from indie guitar music to dance and more collective sounds.

That’s what people have said to me, which is lovely. We love it all and try to draw influences from wherever we get it, we don’t just make songs for the dancefloor.

What’s next for Orbital?

We have the Orbital 30 album out next year, and a new album.

We have a lot of really good remixes, such as David Holmes with ‘Belfast’ and Jon Hopkins with ‘Halcyon and On and On’. There are great remixes of our classic stuff, which is great fun. We thought, how many times can we release a Best Of, so we’re trying to make it more interesting. There’ll hopefully be a couple of unreleased tracks, but we are having a terrible time with sample clearance at the moment, that’s because we’re owning up.

Shortly after that, our new album will be out, we could have two albums next year!

Of course, the vinyl pressing plants have a six-month delay, that’s a bummer. You come back and want to get cracking, and you have a delay because of that.

We have a few festivals which have been bounced to next year, one in Cork, and one in Manchester. That’s all we have in the diary at the moment.

We also have something I can’t talk about, all I can say is we’re working on a soundtrack for a Netflix series, which is great. Sorry I can’t say anymore, I signed a form, but that’s an exciting prospect.

I’m such a blabbermouth, I’m glad I stopped myself there!

But anyways, up next is, Playground, and we’re really looking forward to being back in Scotland, and Glasgow. 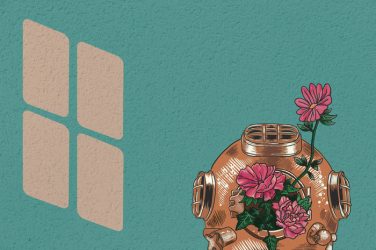 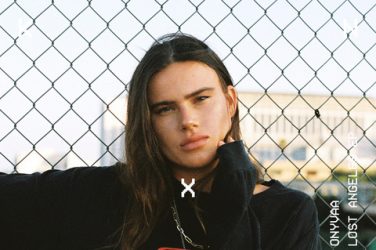