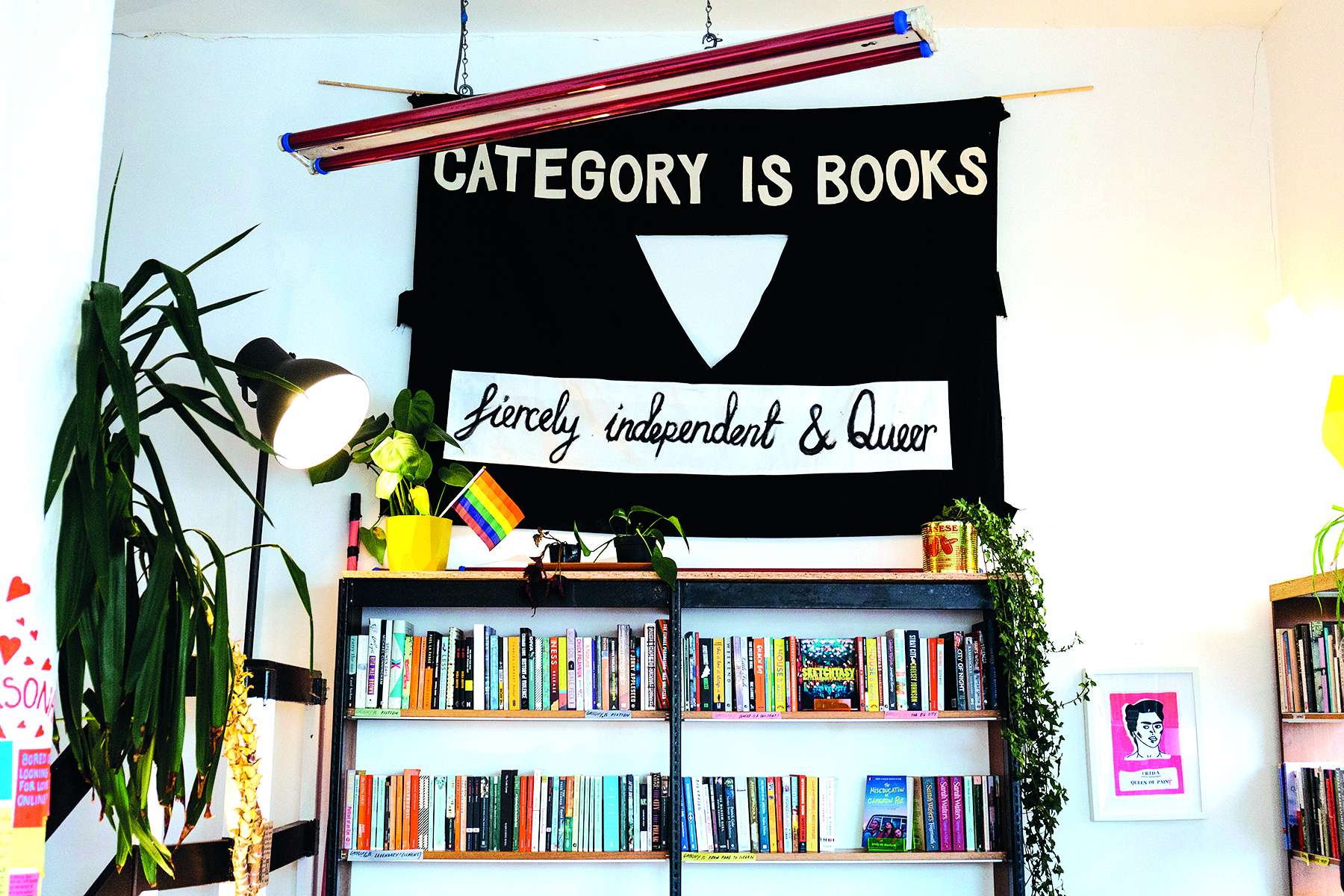 Located in Govanhill, Category Is Books is a queer bookshop that has become part of the beating heart of Glasgow’s south side. It somehow remains Scotland’s only queer bookshop, and the second currently in the UK overall (following London’s iconic Gay is the Word), which leads you to question why one has not popped up sooner. But amending this glaring problem was only a minor factor in inspiring married couple Fi and Charlotte to get the ball rolling. “We’ve both found it hard to exactly put our finger on one individual catalyst for the shop. It very much started with a shared love of investigating purposefully hidden queer histories through books, documentaries, podcasts, photographs – anything really that helped us to draw connections between historical and contemporary queer individuals and their work. We’re both fascinated by and passionate about information and how that information interlocks or how it can be ordered to illuminate the stories of and from the queer community.”

The shop is truly independent, following the realisation that outside parties and public organisations may not have the shop’s queer sensibilities and best interests at heart. “After applying for one small grant early on, we quickly realised that the shop couldn’t be dependent on any form of public funding. We were told that there wasn’t enough of an audience to make the shop financially viable, and when we inquired as to whether or not there were any queer people on the panel, we were told that not only did that not matter but we weren’t allowed to know who made a decision on behalf of a queer business for a queer community. So, we worked with what we had and trusted our guts that there was a huge queer community in Glasgow who might appreciate a space like ours.”

The process of opening a queer bookshop, of course, comes with its challenges. The UK is, after all, in the throes of a rise in homophobic and transphobic hate crimes, with the rate of such attacks rising 114% between 2013-14 and 2017-2018. “When we opened Category is Books, Gay’s the Word were celebrating their 40th Birthday. There have historically been queer bookshops in the UK, for example Lavender Menace in Edinburgh, but there were huge hurdles for these bookshops to endure in order to survive. Deliveries being purposely damaged, destroyed and lost by customs, having their businesses repeatedly targeted by homophobic attacks… all of which, and more, makes it even more impressive for Gay’s the Word to still have its doors firmly open 40 years on. It hasn’t always been safe for people to open a visibly queer business.”

And while this shop’s presence feels like a milestone in our city, a proud monument to how far our community has come, Fi and Charlotte are certainly conscious of the fragility of such progress. “We are acutely aware that not only is there a lot of progress still to be made for equal human rights for the entire spectrum of the.LGBTQIA+ community but that any rights that have been fiercely fought for could very quickly be taken away again. Ultimately the world felt like quite a shitty place, especially for minority groups, and we hoped that a bookshop like ours might help make the world a little less hard and a lot queerer.” And this inclusive spirit permeates all aspects of the shop; the shop hosts autism-friendly Wednesdays, for example, creating a safe space to meet customers’ sensory requirements. It is their attention to the needs of their LGBTQIA+ community that makes Category Is such a crucial space. “The queer community is diverse; it’s neurodiverse. To open a space that ignored that wouldn’t feel like opening a space for the community at all. So, we tried, as anyone who is building something should, to make something that considered lots of different kinds of minds and bodies in its architecture.”

And in the spirit of inclusivity, and certainly catering to the desires of their community, the shop runs an eclectic range of accessible events throughout the week that will appeal to everyone. Members of the local queer community itself are at the helm of many of these events, such as Poetry Circle on Wednesdays and LGBTQIA+-inclusive yoga on Saturday mornings. But, of course, many of their special events have a literary slant. Fi informs us that “We have fortnightly support
groups and we love hosting as many queer authors as we can so lots of signings, readings and Q&A’s. We also do frequent watching parties, drag king scratch nights, poetry open mics and even a queer skate club.”

Perusing the shop’s diverse range of titles – including novels, non-fiction, zines and beyond – feels safe and emboldening. Having our own space to celebrate our culture and heritage feels like an overdue luxury. “We sell a lot of books that are written by local queer authors. We have a shelf that is dedicated to Glasgow queer writers and people like being able to support wonderfully talented authors that are on the shop’s doorstep!

So, when a local book is released, like the We Were Always Here or the Bi-ble anthologies, we routinely sell out. The biggest thing that we see causing reading trends, however, is the news, the political climate and the state of human rights for the LGBTQIA+ community. Quite often when there’s been, for example, a spate of politicians saying transphobic things, the community often come to buy themselves a story they can escape into. Where they are represented, where their stories and identities and genders are accepted.”

One year since the shop’s inception, Fi and Charlotte are keen to maintain this momentum and continue to cultivate this invaluable space, branching out into publishing the queer texts keeping their patrons hooked. “We’d love to open a small press or publishing arm one day!  But our goals are also to just keep working on our stock and the space and events, making it more inclusive, more diverse and intersectional every day.”

At a time when our community feels under attack – especially when it comes to the transgender population – supporting queer spaces like Category Is has never been more vital, nor has there felt been a space quite so welcoming and inclusive in Glasgow for a long time. “Queer spaces are needed given the current political climate and the rise in transphobic and homophobic violence across the UK. We made a space and filled it with information, with stories, with queer words and worlds to escape to. We see the community impacting each other more than the shop impacting the community. The space means we see lots of people making new friends, talking to new people, building community, having hard discussions and joyful ones too.

And finally, what are their current recommendations or staple titles to peruse? “Quite simply, anything Derek Jarman wrote, Queer: A Graphic History, The A-Z of gender and sexuality, and everything Leslie Feinberg!” 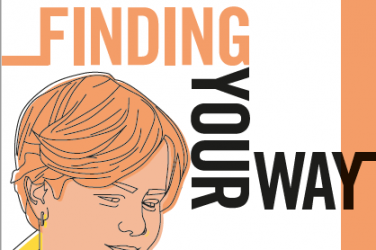 SNACK’s favourite LGBT+ podcasts 2019 may go down as the year the gays were ... 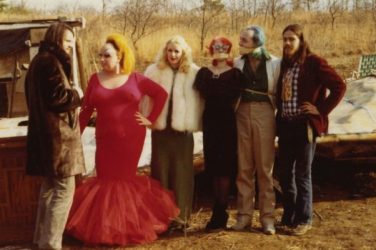 If I have one more person recommending Joe Wicks’ daily exercise videos, I may ...